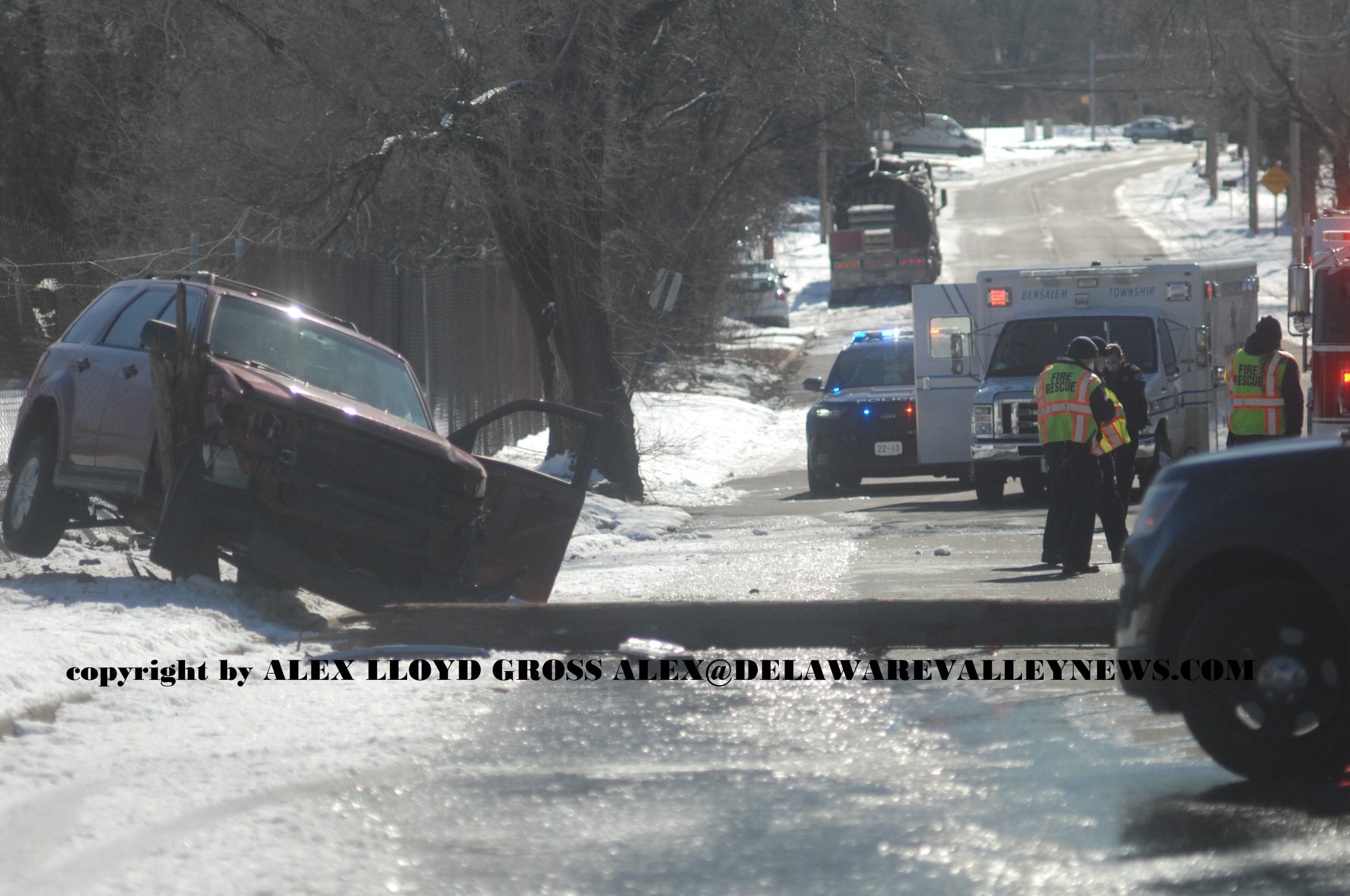 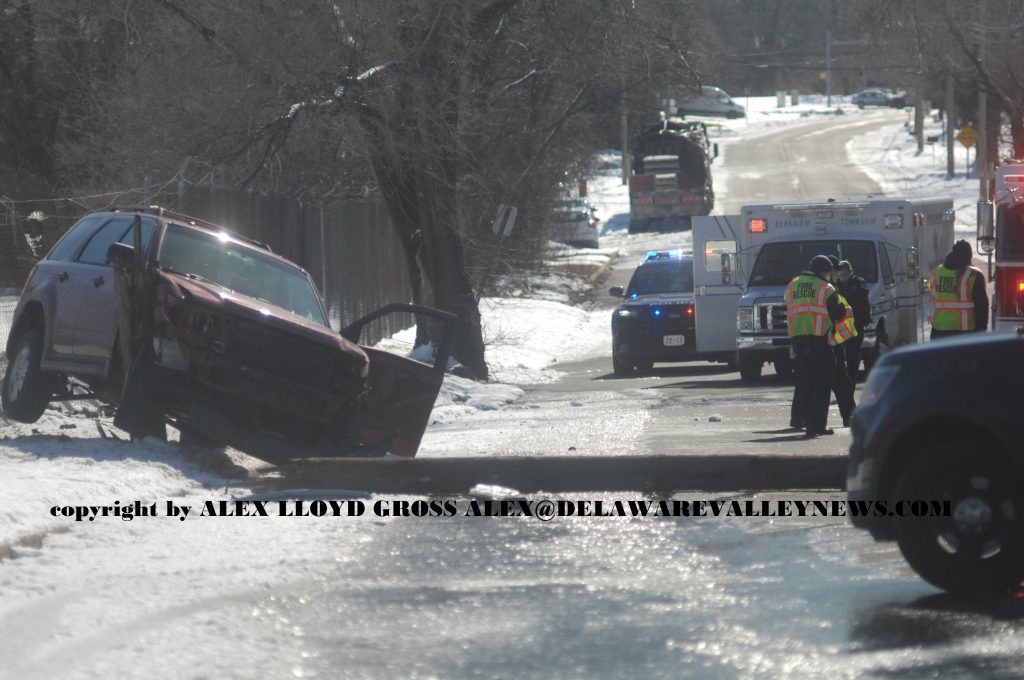 One driver was injured after they skidded on ice  and  hit a utility pole,  knocking it down. The injury was minor, police said.  The crash happened February  8 2021 on Dunksferry Road, in the vicinity of Marshall Lane  just before 10:00 AM.

The pole fell, taking wires with it.  There was no power outage and PECO was there within minutes.  Traffic had to be detoured until the pole could be picked up and the wires de energized.  Crews were out to replace the pole , which was split in half.