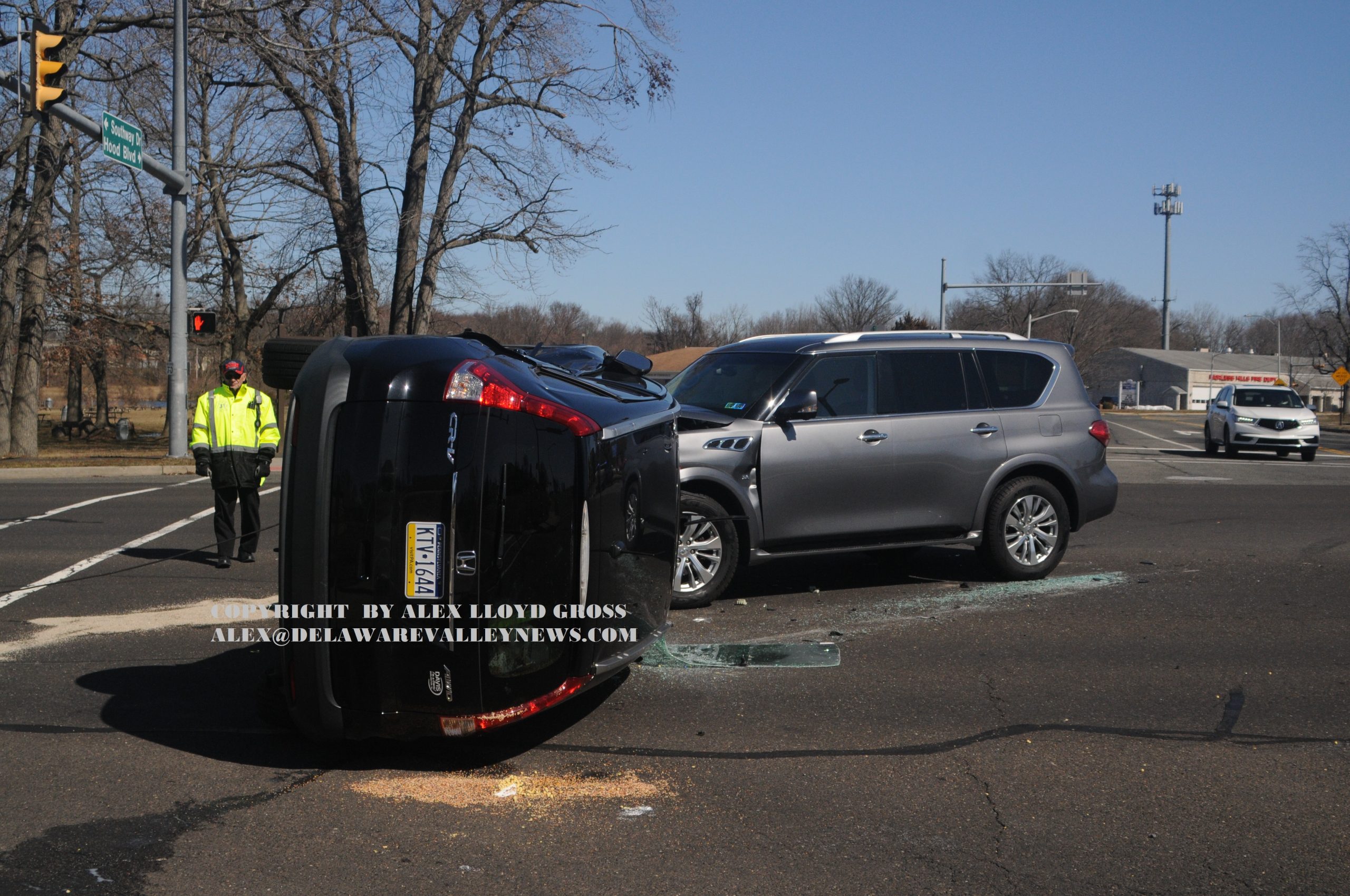 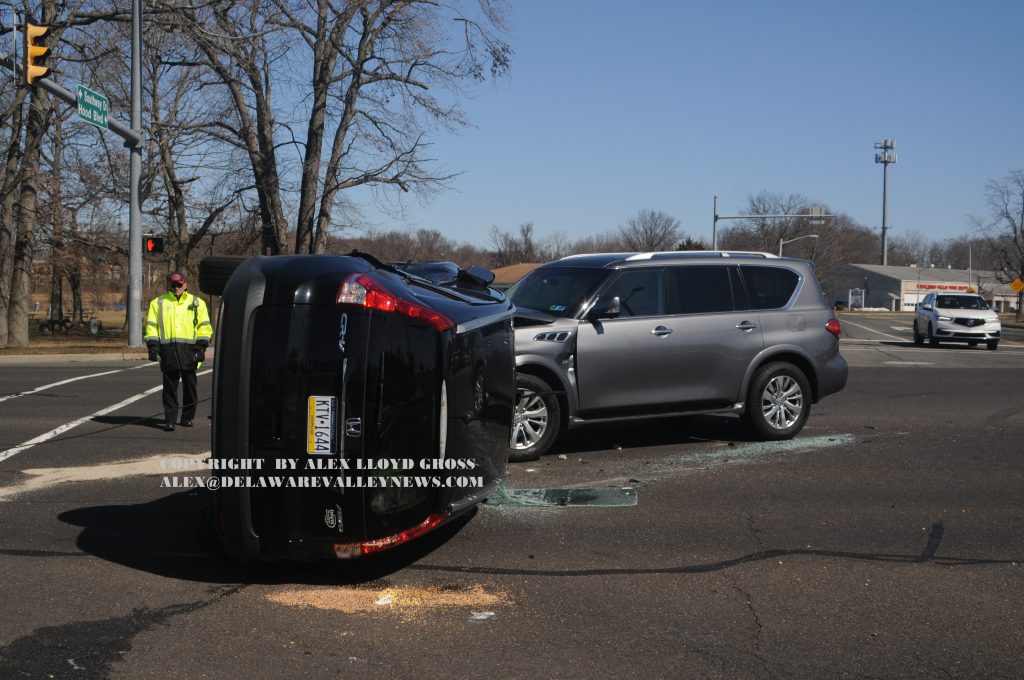 Two vehicles collided at the intersection of hood Boulevard and Oxford Valley Road in Falls Twp. today, March 5 2021. One vehicle disregarded a red light police said. A full rescue assignment was dispatched but quickly recalled as both drivers were able to get out of their vehicles. Injuries are said to be minor.

Traffic on Oxford Valley Road was closed for a while until the vehicles could be cleared. Motorists going through the intersection were delayed intermittently, as tow trucks  were maneuvered to clear the wreckage.  Police said no charges  would be filed. The accident happened at 11:40 AM and was cleared  about an hour later.