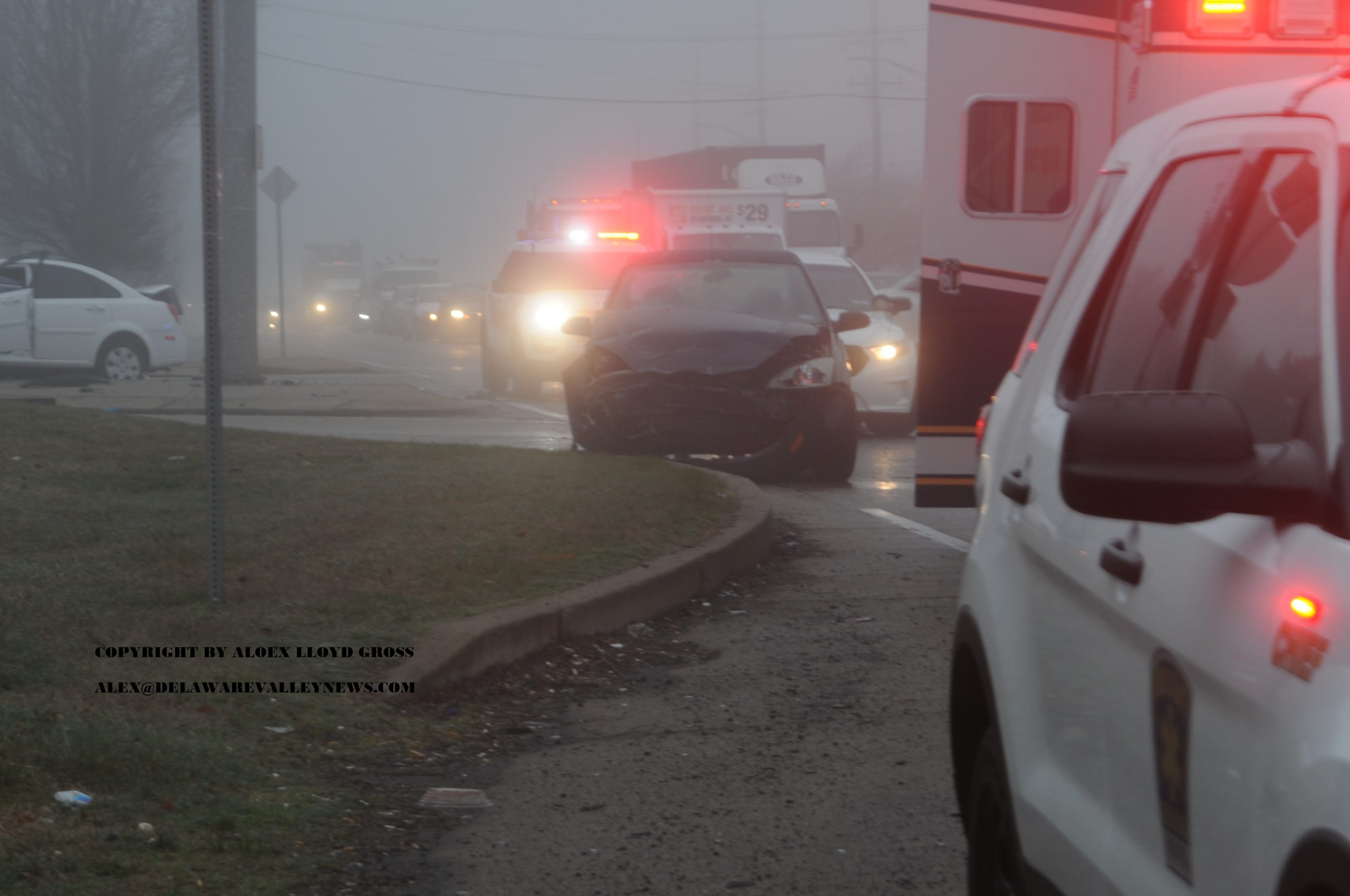 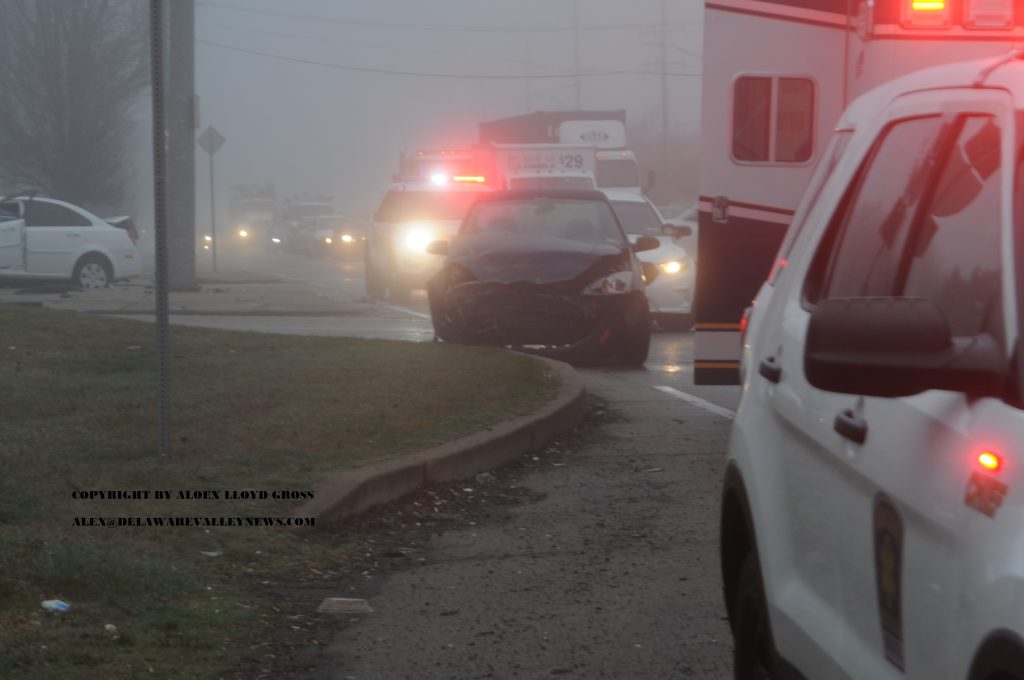 Alex Lloyd Gross Photo-Delaware Valley News.com Fog made visibility poor at the time of the crash.

Early morning fog was a contributing factor to a multi – vehicle accident on 413 just before rush hour ,earlier today,  March 25, 2021. Police said just before 7:00 AM, one car, that might have been operated as a ride share vehicle made a left onto Wharton Road from 413, when the car was struck by a vehicle traveling east on 413.

At least two injuries were reported and they were described as serious but not life threatening.  Two medic units were called, including a supervisor. At the time of the crash, there were patches of heavy, dense fog hat was across the road. Authorities said that the fog had an contributing factor in the accident.  Traffic was intermittently closed while tow trucks worked to clear the street.