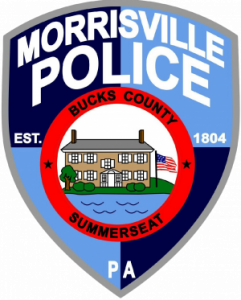 Arrest/Warrant – 03/18/21 @ 07:41 – Hector Gonzalez, age 32, was arrested during a pedestrian stop on W. Trenton and Lincoln Avenues for multiple retail thefts and an active warrant in Morrisville. Arrest/Burglary
– 03/18/21 @ 23:51 – Trevelle Morgan, age 31, was arrested for Burglary, Criminal Trespass, Aggravated Assault and other related charges for an incident that occurred at an apartment on the unit block of N. Pennsylvania Avenue. He was processed and sent to Bucks County Prison.

Arrest/Warrant – 03/22/21 @ 11:45 – Davon Billups, age 31, was arrested by US Marshalls for an active warrant from Morrisville during a felony stop on W. Trenton Avenue and Plaza Boulevard. He was processed and sent to Bucks County Prison.
Arrest/Drug Possession/Paraphernalia – 03/23/21 @ 13:26 – Lance Alley, age 37, was arrested for Drug Possession and Paraphernalia during an incident on the 200 block of Osborne Avenue. He was processed and released pending a summons.
Theft from Motor Vehicle – 03/23/21 @ 14:55 – Report of an orange Husqvarna Chainsaw was stolen for a vehicle on the unit block of E. Philadelphia Avenue. Value: $400.00