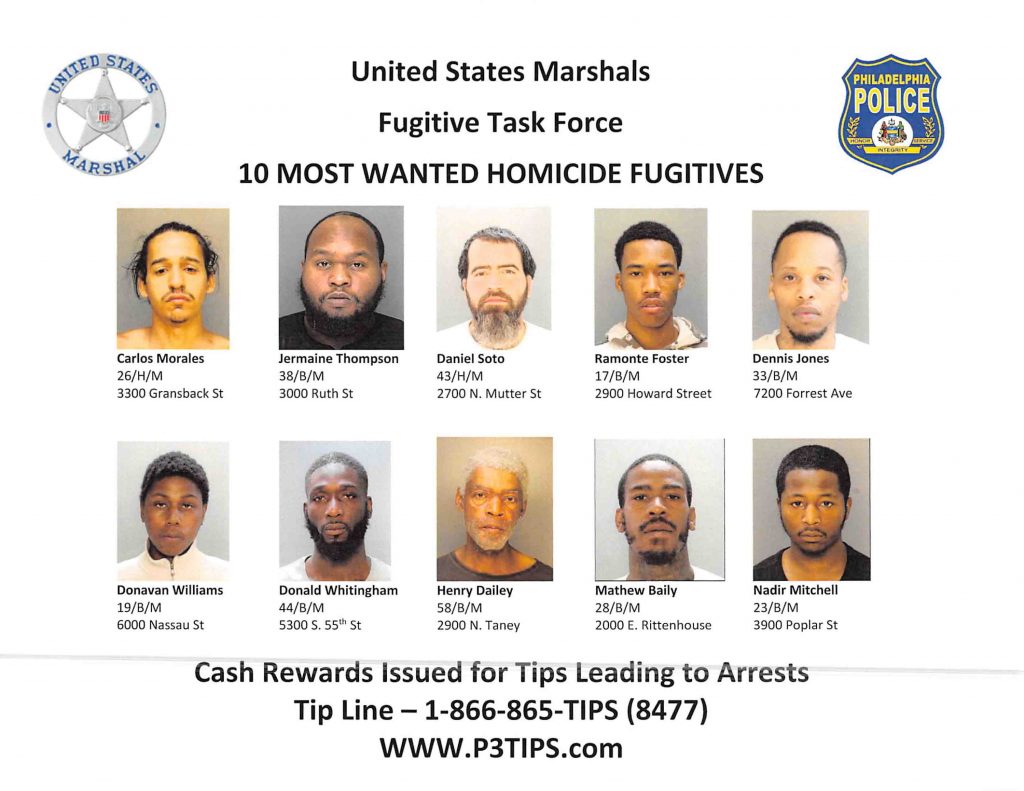 PHILADELPHIA — The U.S. Marshals Eastern Pennsylvania Violent Crime Fugitive Task Force is announcing “10 Most Wanted” homicide fugitives in the Philadelphia area. Cash rewards are being offered for anyone with information that leads directly to the arrest of these fugitives. The reward payment process will begin immediately after an arrest is made and all information is anonymous and  confidential.

The fugitives being sought have active felony warrants for murder. All of the individuals have lengthy criminal histories and should be considered armed and dangerous. Eric Gartner, U.S. Marshal for the Eastern District of Pennsylvania, stated “We appreciate the continued opportunity to support Commissioner Outlaw and her Department’s efforts to diminish violence in Philadelphia, and thereby enhance the well-being of our community.”

Tags: US Marshals 10most wanted