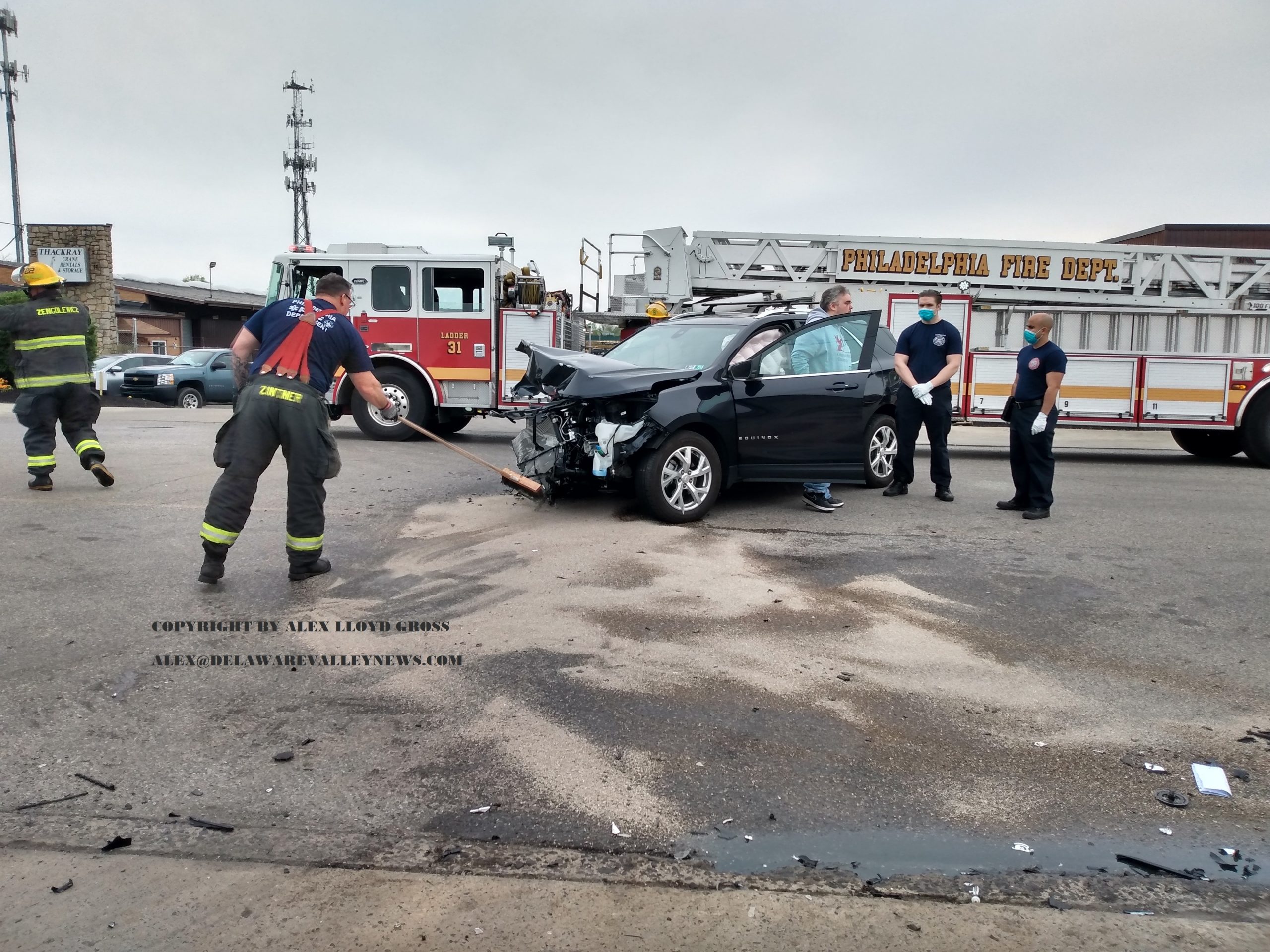 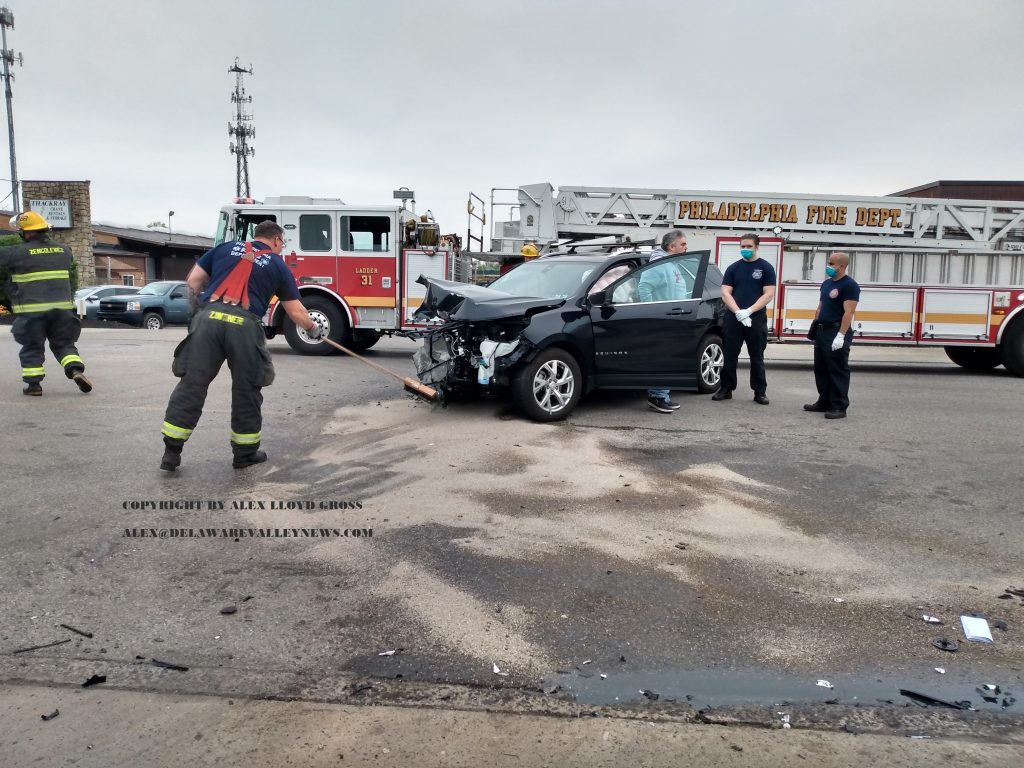 Alex Lloyd Gross Photo-Delaware Valley News.com Fire Crews clean the debris as medics speak with the driver of the car.

No serious injuries were reported after a car collided with a “Low Boy” trailer  on the 2000 block of Byberry Road earlier today, April 19, 2021.  Police said that the truck was making a left when an SUV  heading towards the Roosevelt Boulevard  collided.  The truck immediately pulled into a driveway. and the driver stayed at the scene.  The truck was owned by the Thackray Crane and the crash happened in front of their headquarters.

The trailer received two broken wheels and shredded tires from the wreck.  The SUV was totaled.   The crash happened at about 10:50 AM.  The driver of the car refused any medical treatment .  The road wreckage was cleared and the road re opened in about 20 minutes.  Police have not made a determination on which driver was at fault for the crash.