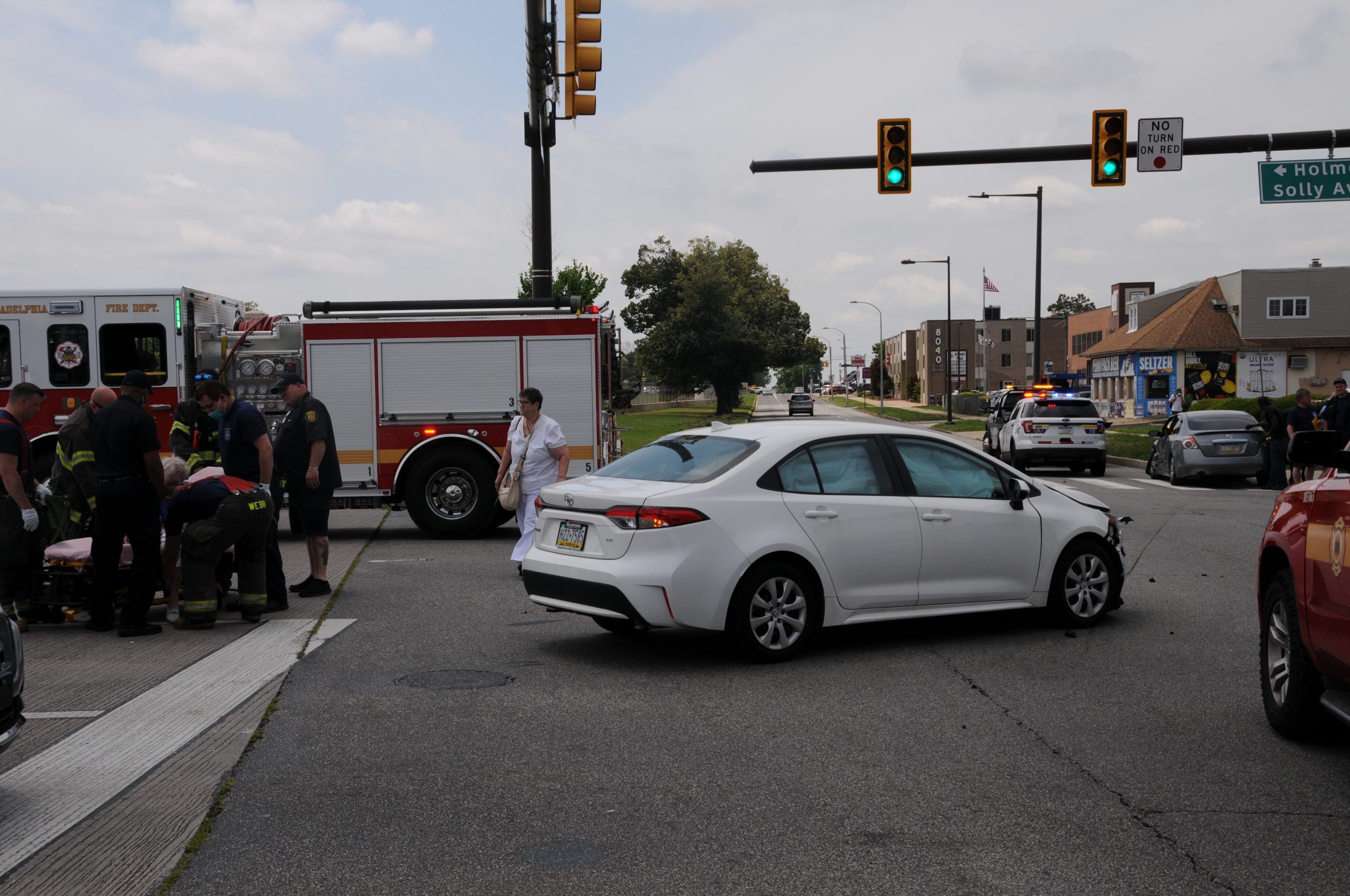 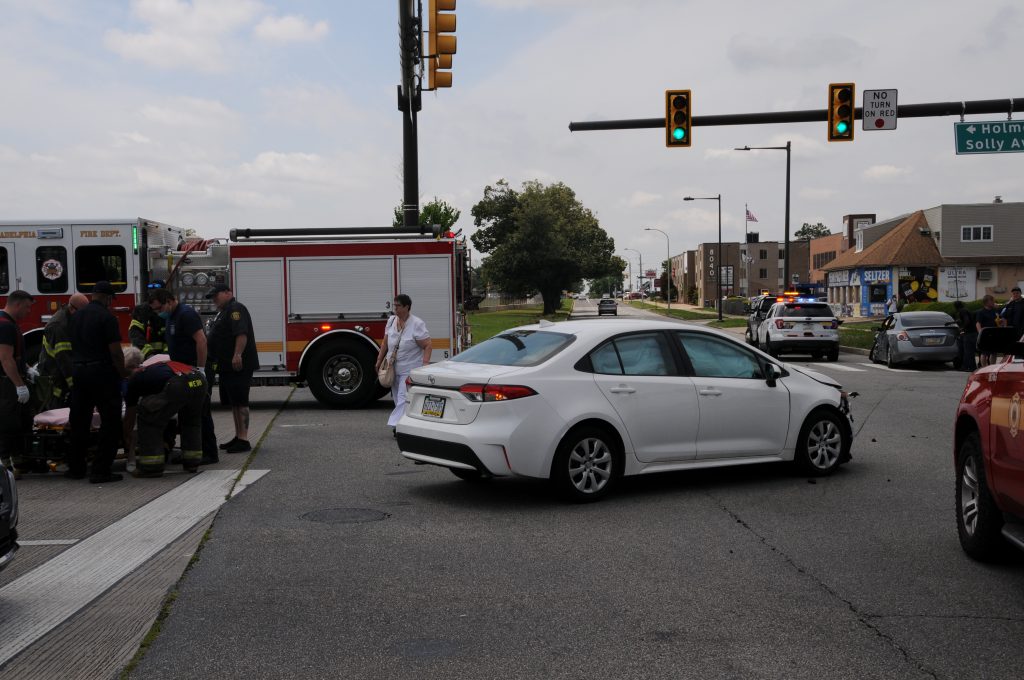 Two injuries were reported after a grinding three vehicle crash today, June 21, 2021 on the Roosevelt Boulevard at Solly Ave.  The crash took place in the southbound outer lanes of the Boulevard just after noon.

Two medic units were called to the scene , for the driver of the west bound car, and the driver of the southbound car and his passenger. The area around the crash scene was congested for about an hour until the vehicles could be removed.