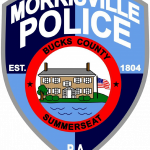 Criminal Mischief to Motor Vehicles – 06/29/21 @ 17:44 – Report of a vehicle entered and a membership card missing. The victim also reported that it appears as though someone attempted to break into the boyfriend’s vehicle as there was damage on the passenger door. Incident occurred at apartment complex on 400 block of N. Delmorr Avenue.

Arrest/Warrant – 07/01/21 @ 08:52 – Robert Taylor, age 42, was arrested for an active warrant from the Bucks County Sheriff’s Office during an incident that occurred on the 200 block of W. Philadelphia Avenue.

Arrest/Warrant – 07/02/21 @ 16:00 – Juan Garcia, age 52, was arrested for an active warrant from Bucks County during a traffic stop on E. Philadelphia and S. Pennsylvania Avenue. He was processed and released to the Bucks County Sheriffs.

Warrant – 07/04/21 @ 03:56 – A Warrant has been issued for Frank Dismukes, age 49, for Simple Assault and Terroristic Threats that occurred during a domestic dispute at an apartment on the 300 block of Plaza Boulevard.

07/05/21 @ 21:23 – Domingo Rivera, age 71, was arrested for Driving Under the Influence and other charges for a traffic accident that occurred on S. Delmorr Avenue. He was processed and released pending a summons.