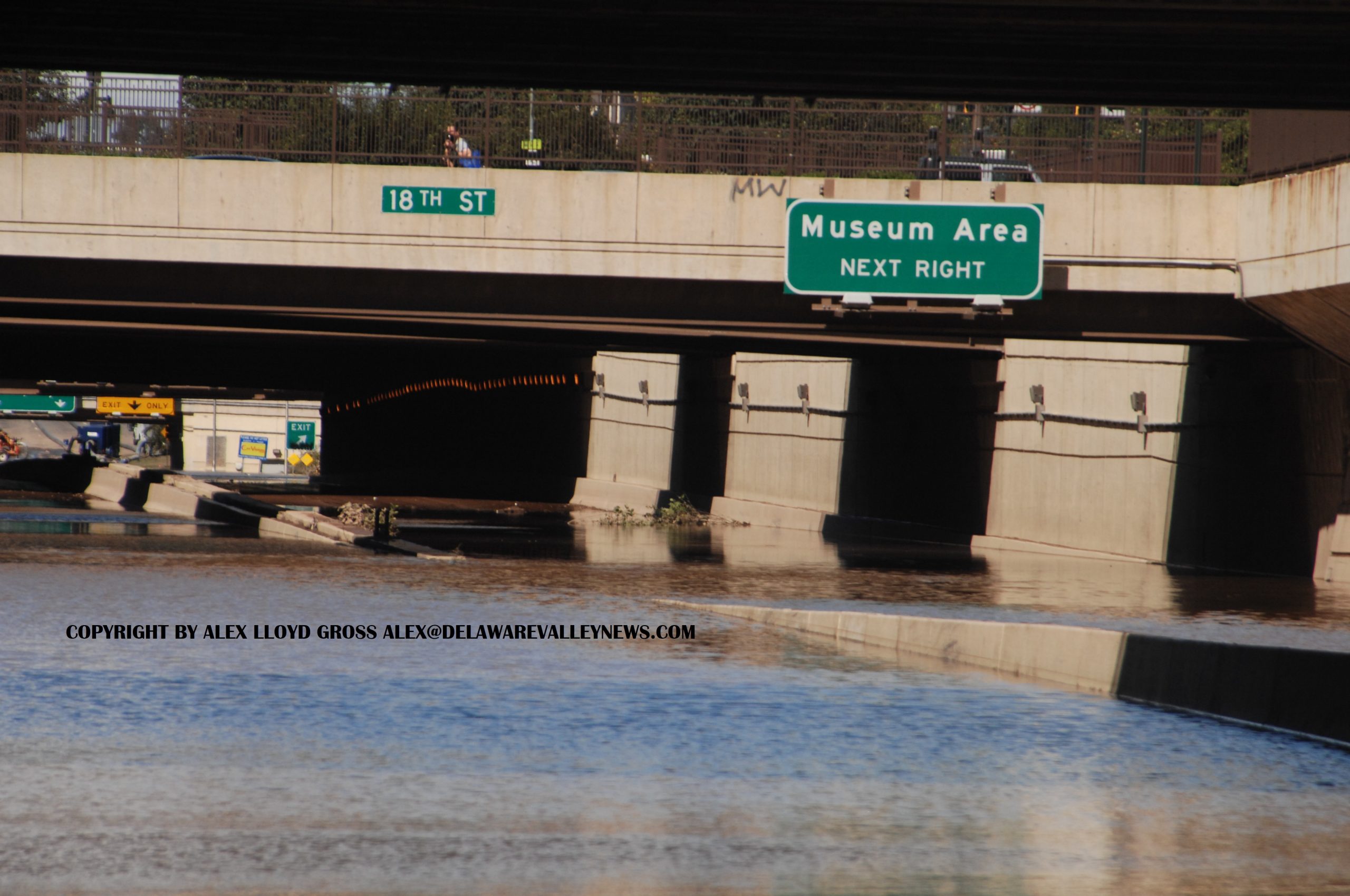 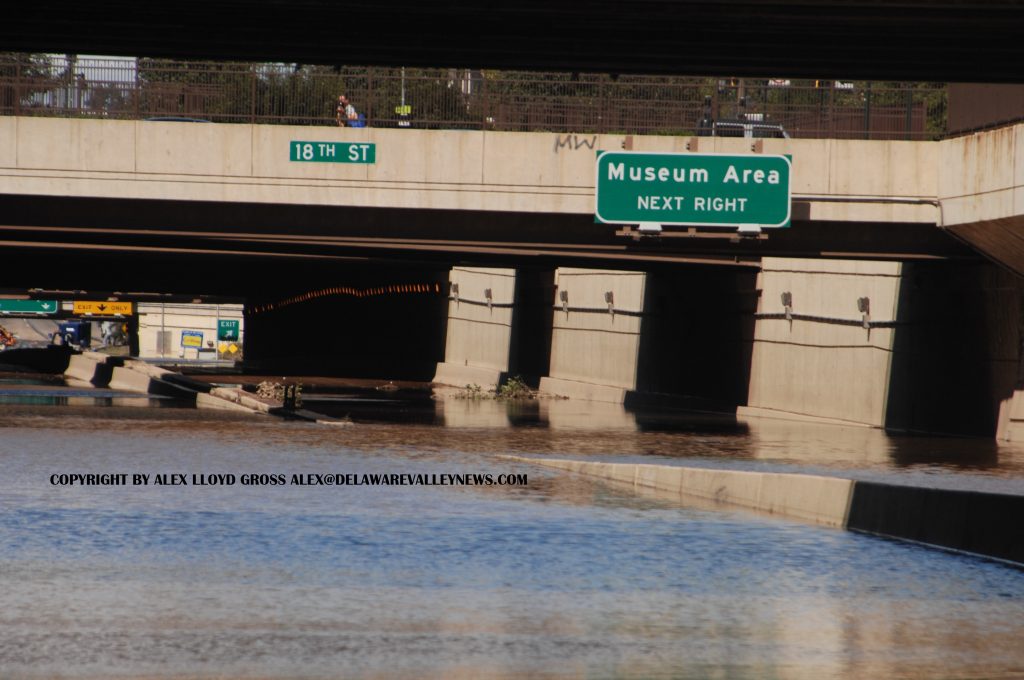 Alex Lloyd Gross Route 676 is still flooded. T=You can see some of the pumping equipment in the background.

Route 676, the expressway in center city Philadelphia  that will take you from the Art Museam area to  the Penns Landing area was flooded from Hurricane Ida.  Not just a bit of water but  enough to float a small boat in.  Luckily, no car were stranded with occupants trapped  during the flooding.

The entire stretch of highway is not under water,   the area around Penns Landing is up high, however water pooled from around Broad Street and grew deeper.  The Schuylkill River overflowed,   water came up through the storm sewers  along the  road and pumps that were designed to stop this from happening, failed.  That, in a nutshell is what happened.  As word got out, some people used the water as a giant pool, which was not a good idea.

The water was not clean water. Most f it came through the sewer system  and it was caked with mud.   It’s not healthy to get on your skin.  Large Penndot trucks were called to close off the entrance ways to the expressway .   For something like this, people will move barricades because they either have to get through or want to see what is going on. Then, before you know it,  a traffic jam has occurred with nowhere for vehicles to go. Large highway truck stop that.

As pumps were brought in to get the water off the road. some of it receded on it’s own. By Friday, the level had gone down considerably..  as the water goes away, it leaves a mud film on the highway, much must be cleaned away before the road is opened.  Traffic was jammed on alternate routes, but as Friday came, many motorists took the train, found another way or stayed home and the delays were not bad.  Officials hope that the road can be fully re opened by Monday for rush hour.