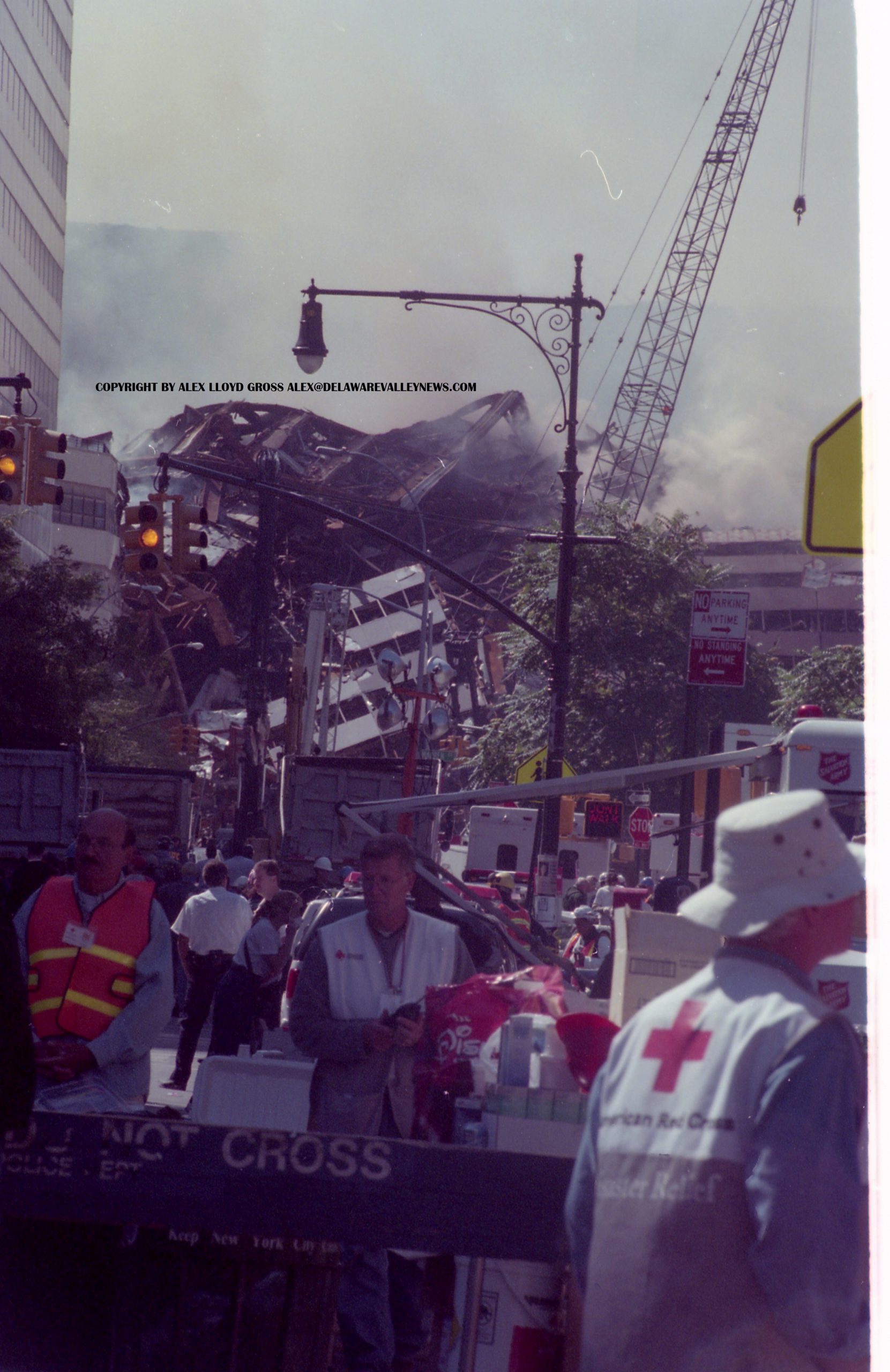 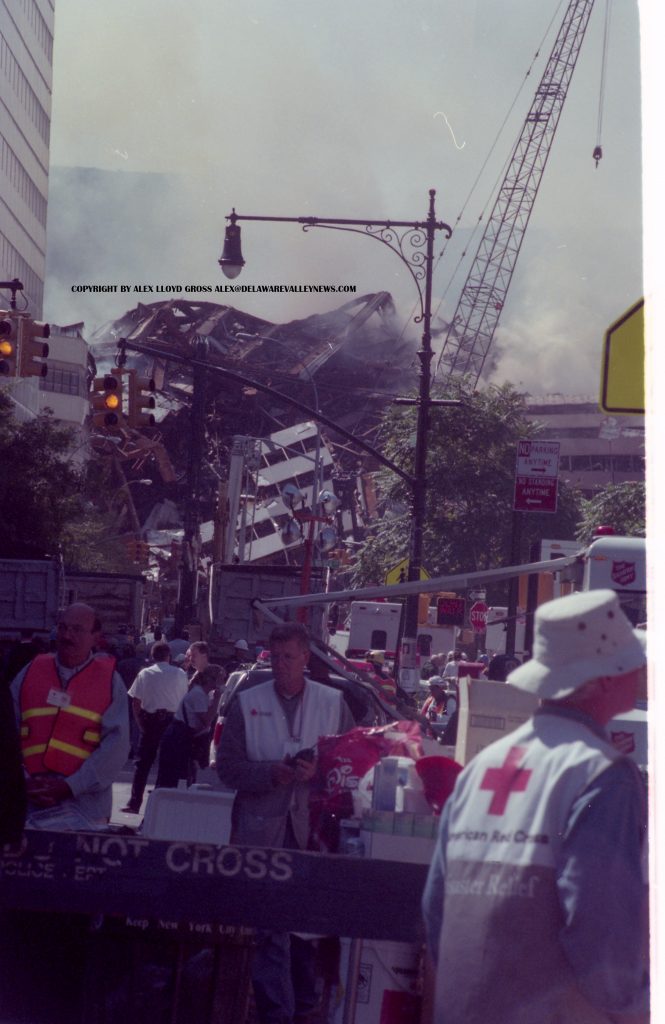 It’s been 20 years since deranged terrorists flew planes into buildings and killed over 3000 people. That day, people froze.with fear. They went to work. By 11:00 AM, most city skyscrapers were emptying out, closed,  out of fear of another attack. No one wanted to do any work that day.  Everyone was fixated on television. All of the networks shared content, to better inform the public..  This is before everyone had a video camera on their cellphone so footage was spotty coming in.  If one network got it, they all got it.

Security was ramped up,  the both airports in Philadelphia were shut down.  No planes could take off.  Anyone that would wander near a federal installation was approached by amped up and sometimes overzealous guards.  By noon, 90 percent of the people in this region had heard what happened. The Twin Towers were gone. The Pentagon was on fire and a plane crashed in Western Pa. 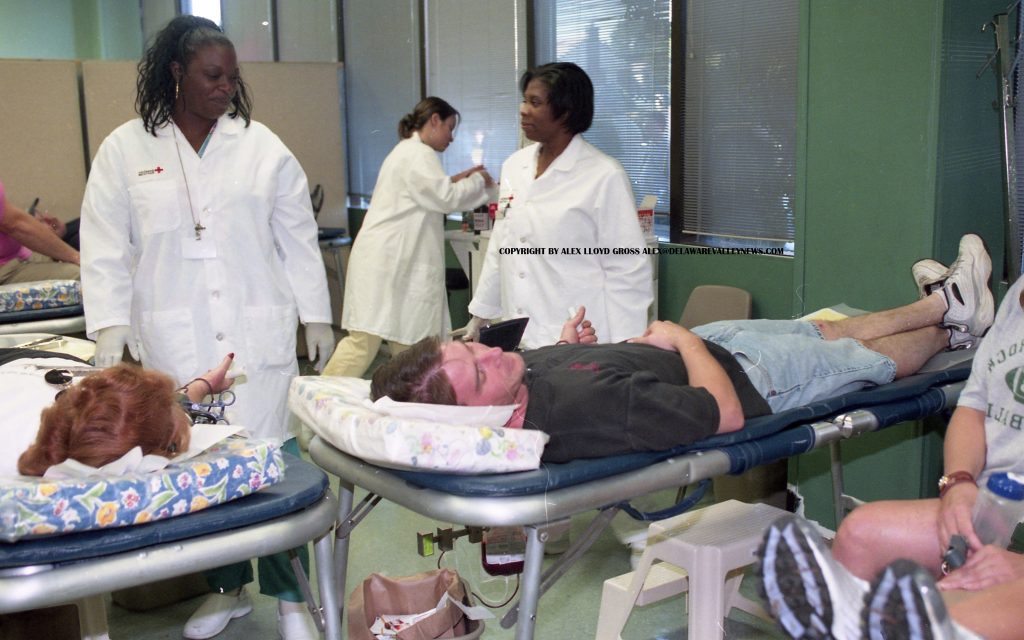 Traffic was tied up in center city. Noon looked like an afternoon rush hour.  People were angry.  They wanted to help anyway they could. By the early evening word got out that the Red Cross was holding a blood drive at an office building at Rhawn Street and Roosevelt Boulevard. People lined up around the block before it started and they wanted to stay in line.  They wanted to help.

Within days after the bombing, flyers were posted with the photos of missing people around the ground zero area and around New York . Family members were hoping against hope that their loved one would be found. 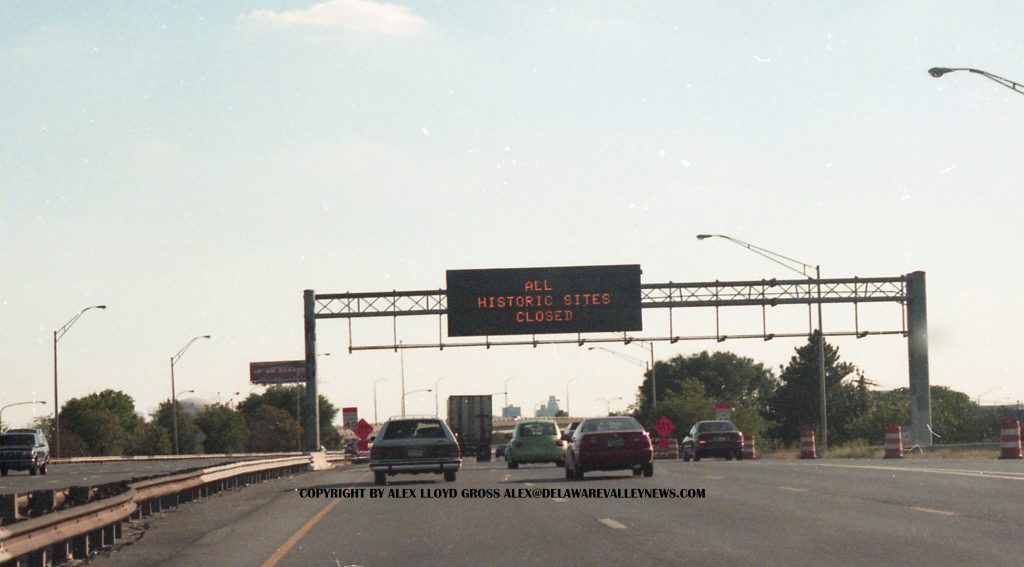 People were over reacting to everything. Anything was suspicious.Anyone taking photos  was eyed as being a terrorist. In New York City, Days after  the attack,  overzealous, untrained passersby would call out anyone with a camera. That translated into  overzealous law enforcement across the country, as police officers and agencies found themselves forking over big dollars for harassing innocent people.when they sued in court. 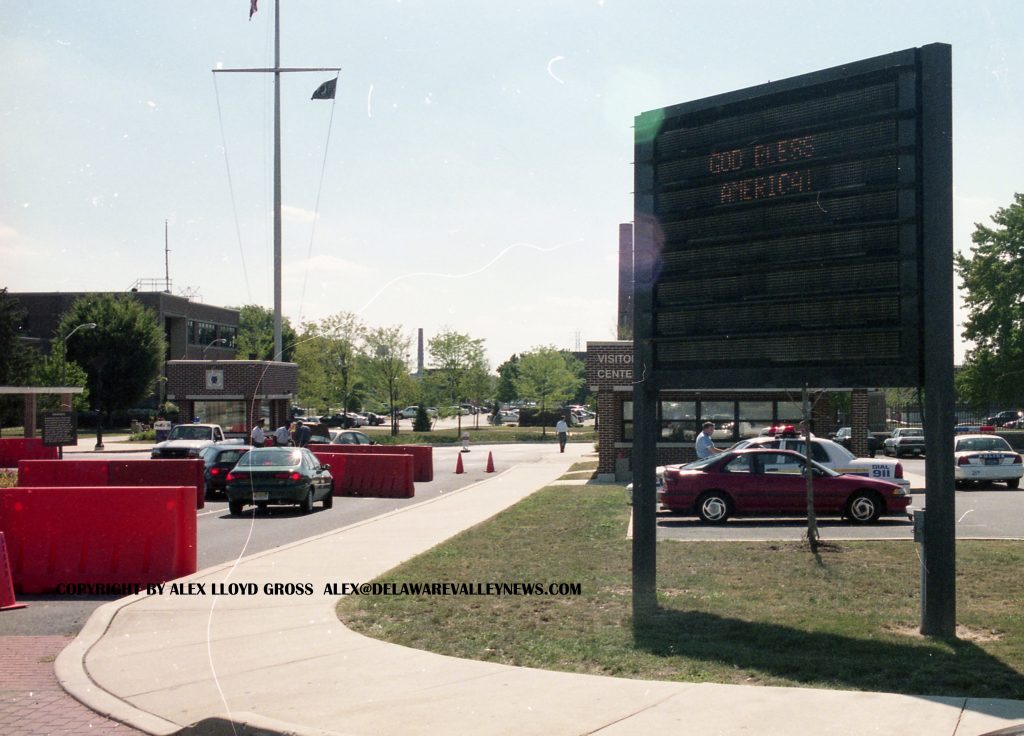 Alex Lloyd Gross Photo-Delaware Valley News,.com, Hours after the attack, Federal sites, like the Naval Supply Center in the Northeast had this sign outside.

Muslim people were discriminated against,  simply because the hijackers shared the same religion.  A misguided individual(s) burned down a 7-Eleven in Northeast Philadelphia, thinking the owners were Muslim. Within days of the attack, people put American  flags outside their homes and flew them from the vehicles.  Due to security concerns, all historical sites in Philadelphia were closed. Chestnut Street was closed between 5th and 6th Streets and remained closed for years. .  Entrance and exits from Manhattan were closed . Signs along major highways told of the impending closures.

In 20 years since, there have been more attacks on America. Anthrax through the United States Mail,  Boston Marathon bombing,  all have has the result of increased security. Backpacks are no longer allowed at stadiums. Entry to some places is granted only after successfully walking through metal detectors. The security procedures are now a fact of life. Remember, in 2001, airports were secured with minimum wage security guards.  Today, those same people now work for the TSA.