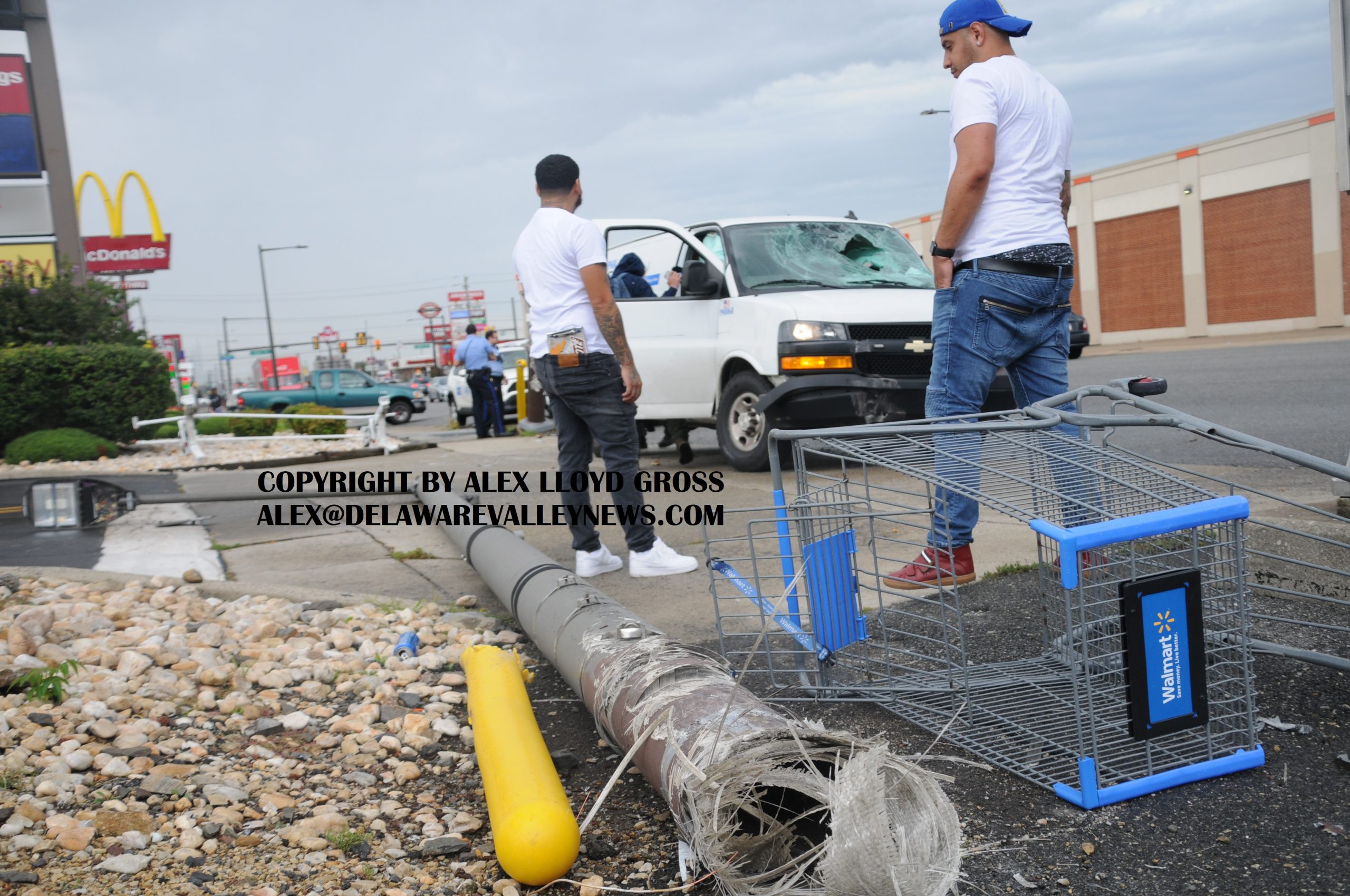 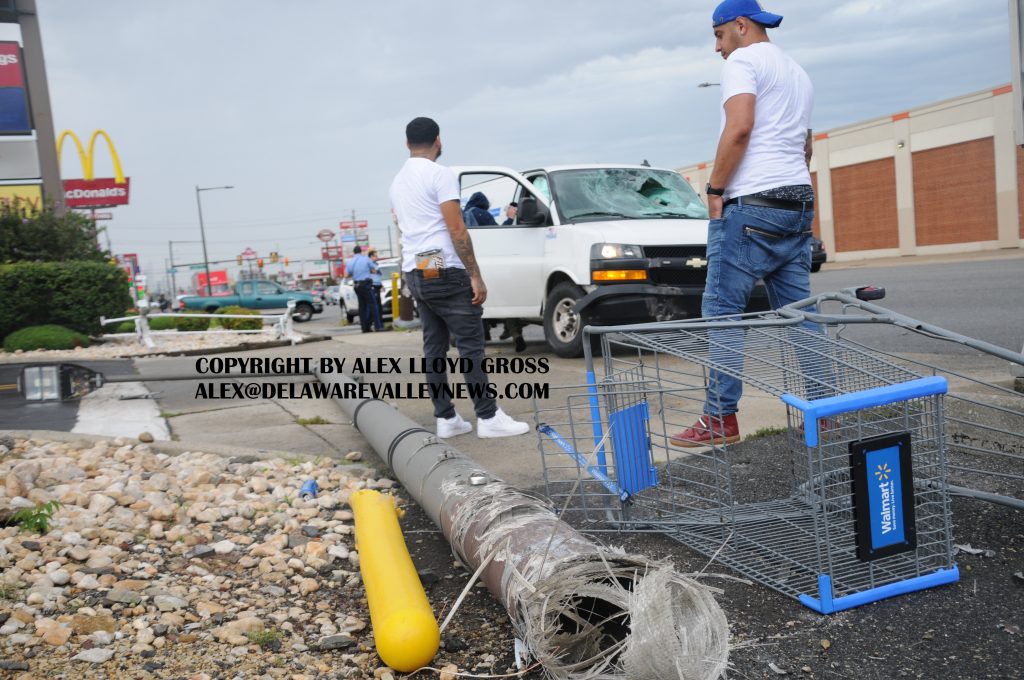 It was just after 11:00 AM when a van owned by the Philadelphia Water Department  took down a streetlight on Aramingo Avenue, near Castor Ave..   No other vehicles were involved.  Police said the the driver of the van claimed to have swerved to avoid another vehicle, and veered to the right.

At that point, the van drove onto the curb and sidewalk, and slammed into a streetlight, splitting it in two, and knocking it to the ground.  That light and pole will have to be replaced. The van was heavily damaged in the crash, with the front windshield completely smashed in.

The driver of the van sustained minor injuries and refused medical treatment. No traffic issues were reported and charges are unlikely, police said. A city tow truck was called to tow the wrecked van.