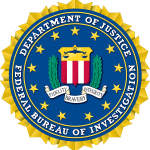 Kyle Paine, 27 of Langhorne was found guilty during a trial of communicating with an 11 year old girl and trying to arrange a meeting so that the two of them could have sex.  In  March of 2019 Paine was communicating with what he thought was an 11 year old girl.  To loosen her up and prepare her for more inappropriate encounters,  Paine sent her a sexually explicit image to entice her to send one back to him, of herself.  The person at the the other end of the computer was not an 11 year old, it was an FBI agent conducting an investigation.Paine was arrested last year. 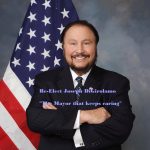 On September 30,2021 He was convicted of  attempted enticement of a minor to engage in sexual conduct, attempted transfer of obscene material to a minor, and possession of child pornography.

“Paine’s child victimization is over,” said Acting U.S. Attorney Jennifer Arbittier Williams. “Child sexual exploitation is so pervasive and harmful, made even more so by the easy availability of digital media and communications. Further, the ability to hide this type of activity online can make these cases even more difficult to investigate. As always, we stand ready with our federal partners to identify and prosecute these criminals and protect children everywhere from predators like Paine.”

Some of the offenses were investigated by the Bensalem Twp. Police Department. Paine either committed his crimes in Bensalem or  wanted to meet the girl in Bensalem when he was arrested, Fred Harran, Director of Public Safety Confirmed to Delaware Valley News.com

“This kind of teamwork between the U.S Attorney’s office and the Bensalem Township Police Department allows us the opportunity to investigate these horrific crimes especially against our most vulnerable victims,” said Frederick A. Harran, Director of Public Safety for Bensalem Township. “Taking the worse kind of criminals off of our streets remains our priority. The internet continues to remain a threat to our community and must educate our children on the dangers it poses”