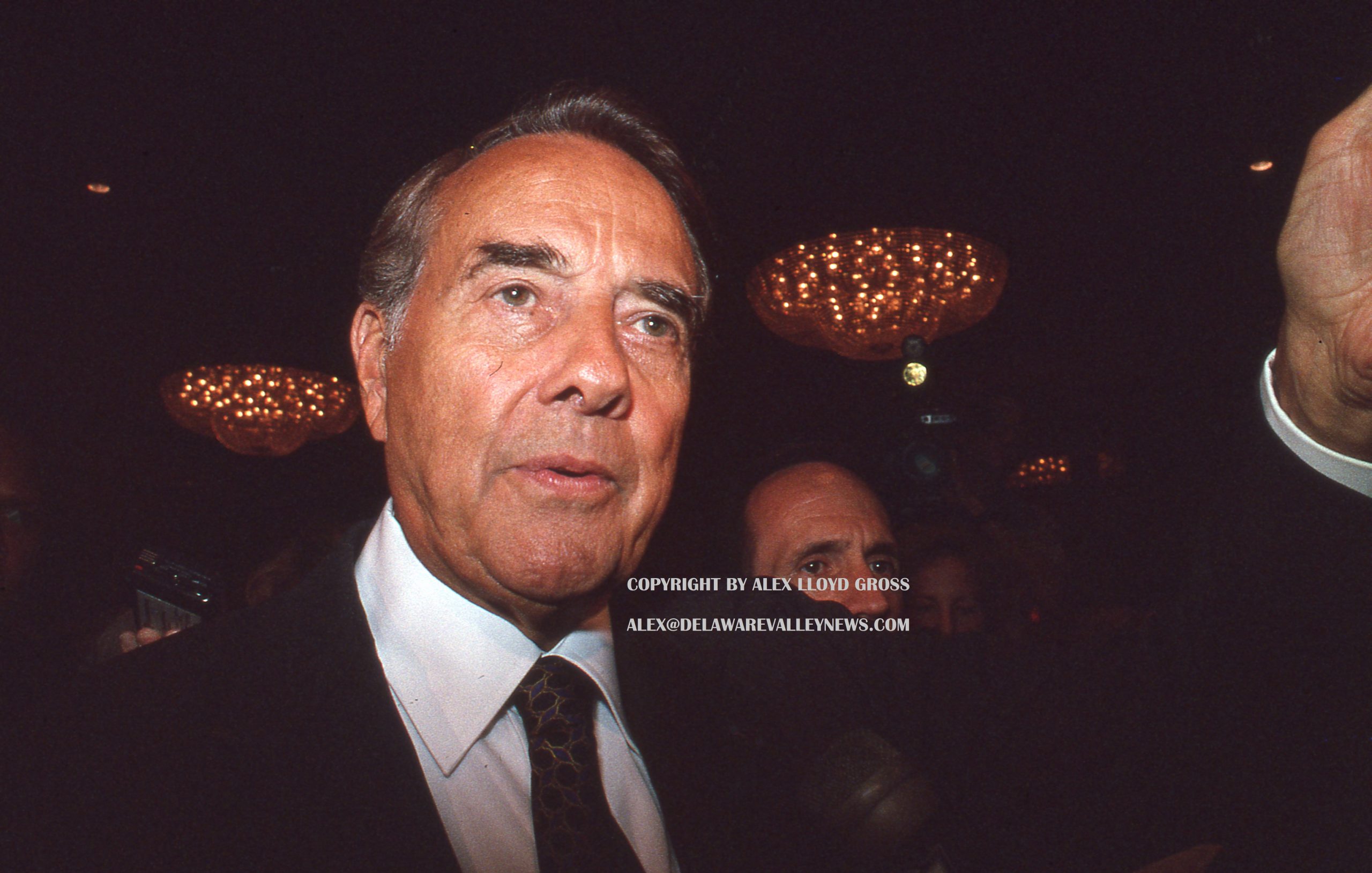 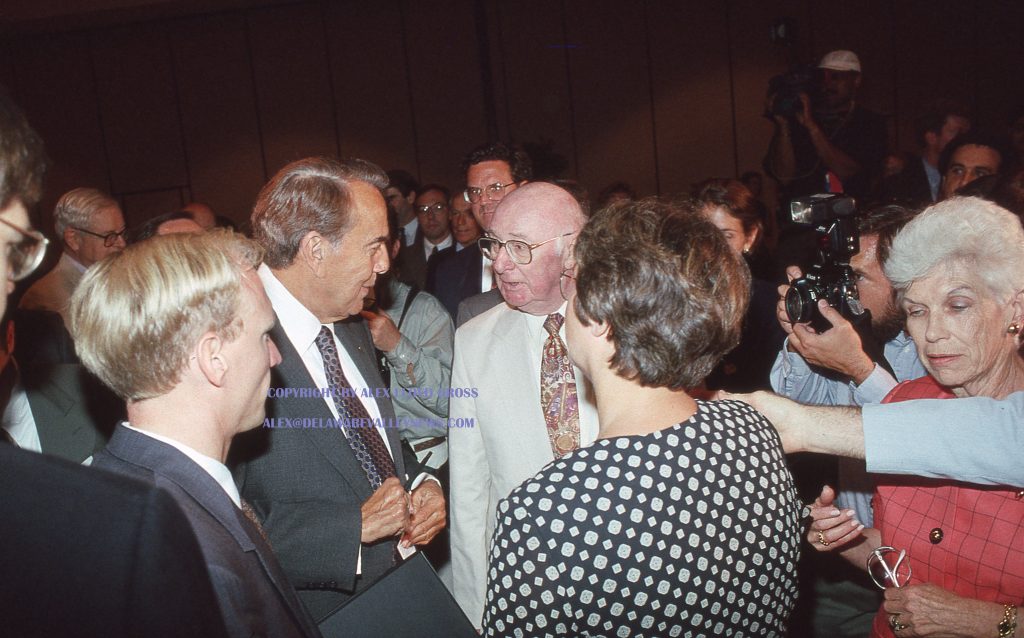 On June 25, 1996 Bob Dole was running for the Presidency.  He became the republican nominee. Part of his campaign brought him to Philadelphia , specifically to the Marriott  in Center City,  It was there that he spoke before a World Affairs Council Audience.. He took the podium and spoke for just under an hour, having flown in to Philadelphia just an hour before. It was about 11:30 AM when he took the stage, 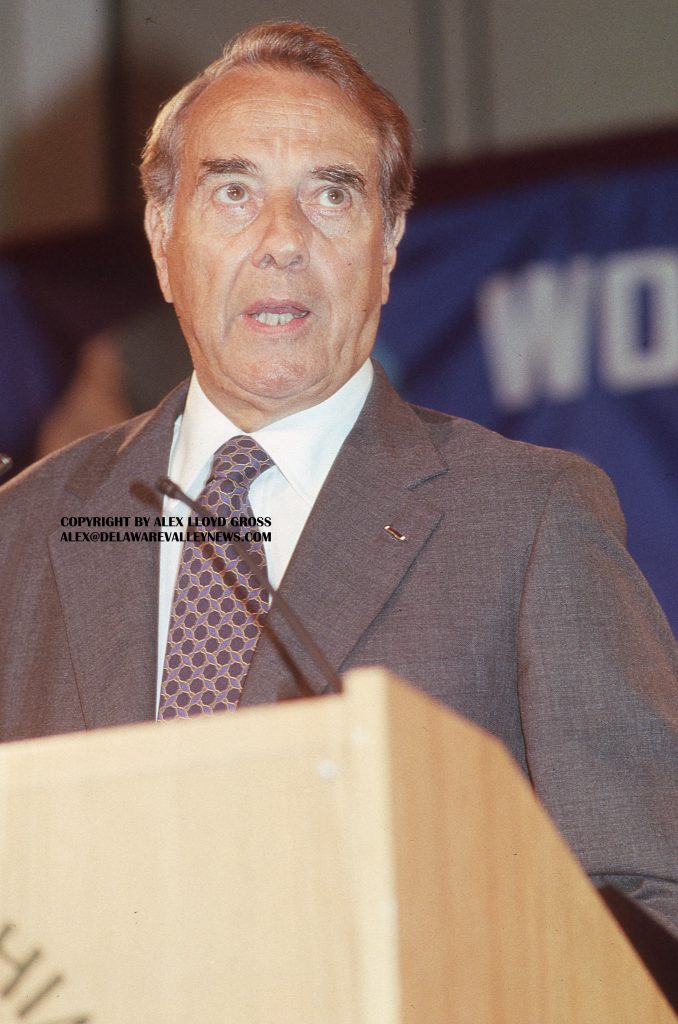 It was announced   yesterday, December 5 2021. that the senator had died.  No cause of death was given.  He was 98 years old.  Dole came from next to nothing, to lead the United States Senate.  He was all business,  cordial but not charismatic.. In 1996 he was running against President Bill Clinton , who beat him  to go on for a second term.

After his remarks in Philadelphia, Dole  got down off the stage and hobnobbed with the crowd, posing for photos and signing autographs. 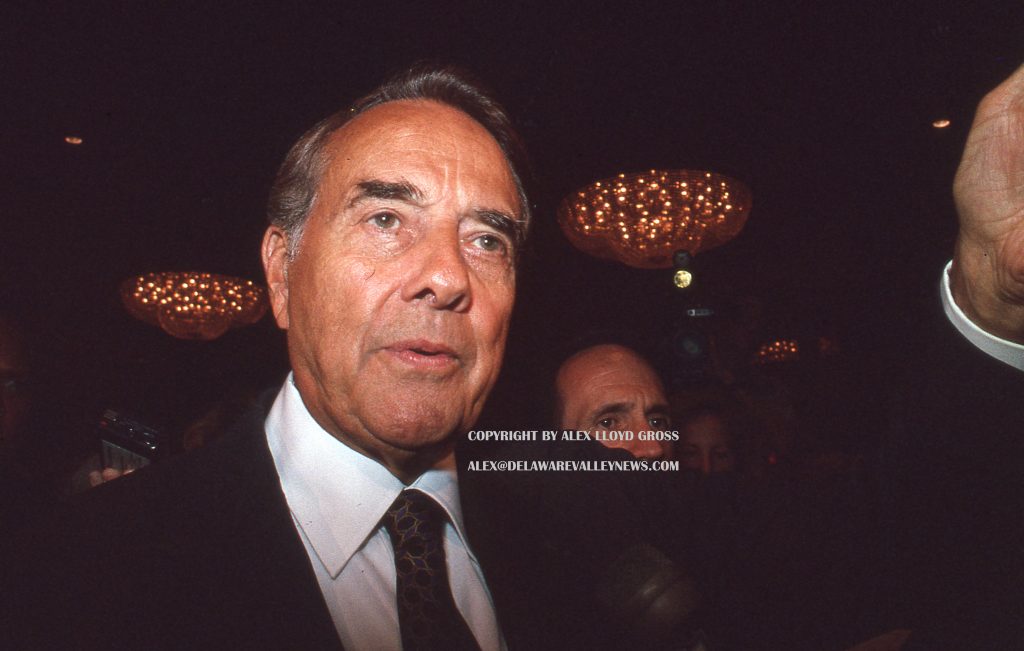 Former President Donald Trump said of Dole: ” Bob Dole was an American war hero and true patriot for our Nation. He served the Great State of Kansas with honor and the Republican Party was made stronger by his service. Our Nation mourns his passing, and our prayers are with Elizabeth and his wonderful family.”

President Biden issued a statement, part of it reads below:

“Bob was an American statesman like few in our history. A war hero and among the greatest of the Greatest Generation. And to me, he was also a friend whom I could look to for trusted guidance, or a humorous line at just the right moment to settle frayed nerves. I will miss my friend. But I am grateful for the times we shared, and for the friendship Jill and I and our family have built with Liddy and the entire Dole family.Bob was a man to be admired by Americans. He had an unerring sense of integrity and honor. May God bless him, and may our nation draw upon his legacy of decency, dignity, good humor, and patriotism for all time.”
After the campaign, he became a private citizen and showed he was witty and had a sense of humor that few people knew about, or got to see.