Police in Lower Southampton Twp. are looking for James Burden.   On July 9, 2022 he is alleged to have stolen several cartons of cigarettes and other merchandise from the WAWA on  Rosewood Ave. in  Trevose Pa.    He was last seen running on  the 600 block of Rosewood Street. After an investigation into the theft, police in Lower Southampton Township learned that other municipalities in the area  were looking for the same individual for similar crimes. 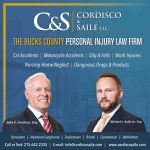 Investigation  determined that the person in the security camera footage is believed to be James burden.Now police have to find where he is.  They are asking the public for help. If you know where he is, you are asked to call Lower Southampton police at (215) 357-1235 ext 339.