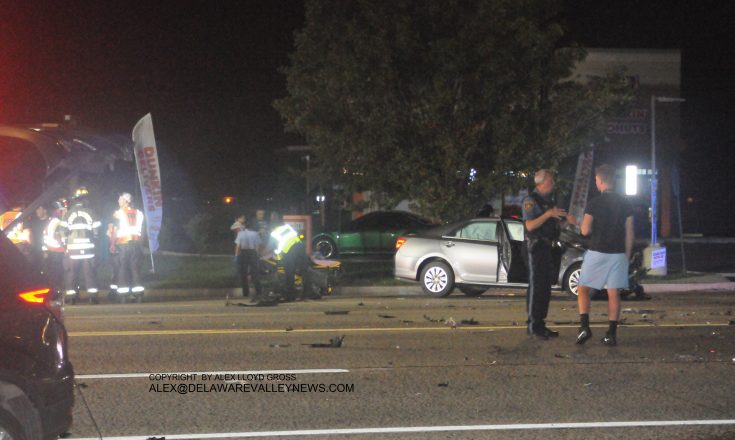 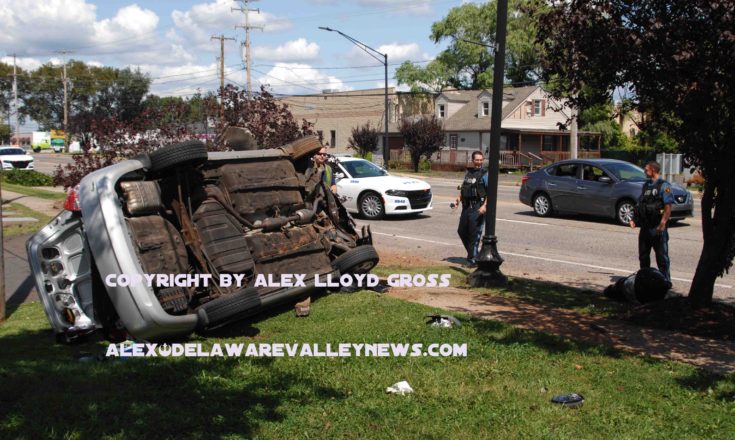 By Alex Lloyd Gross A one vehicle trash on Veterans Highway caused a lot of damage yesterday,  August 25, 2019. One male, the driver was injured when he lost control of his car,  struck two trees and flipped over. The crash happened in front of Tire City.  The trees became uprooted and airborne. One of