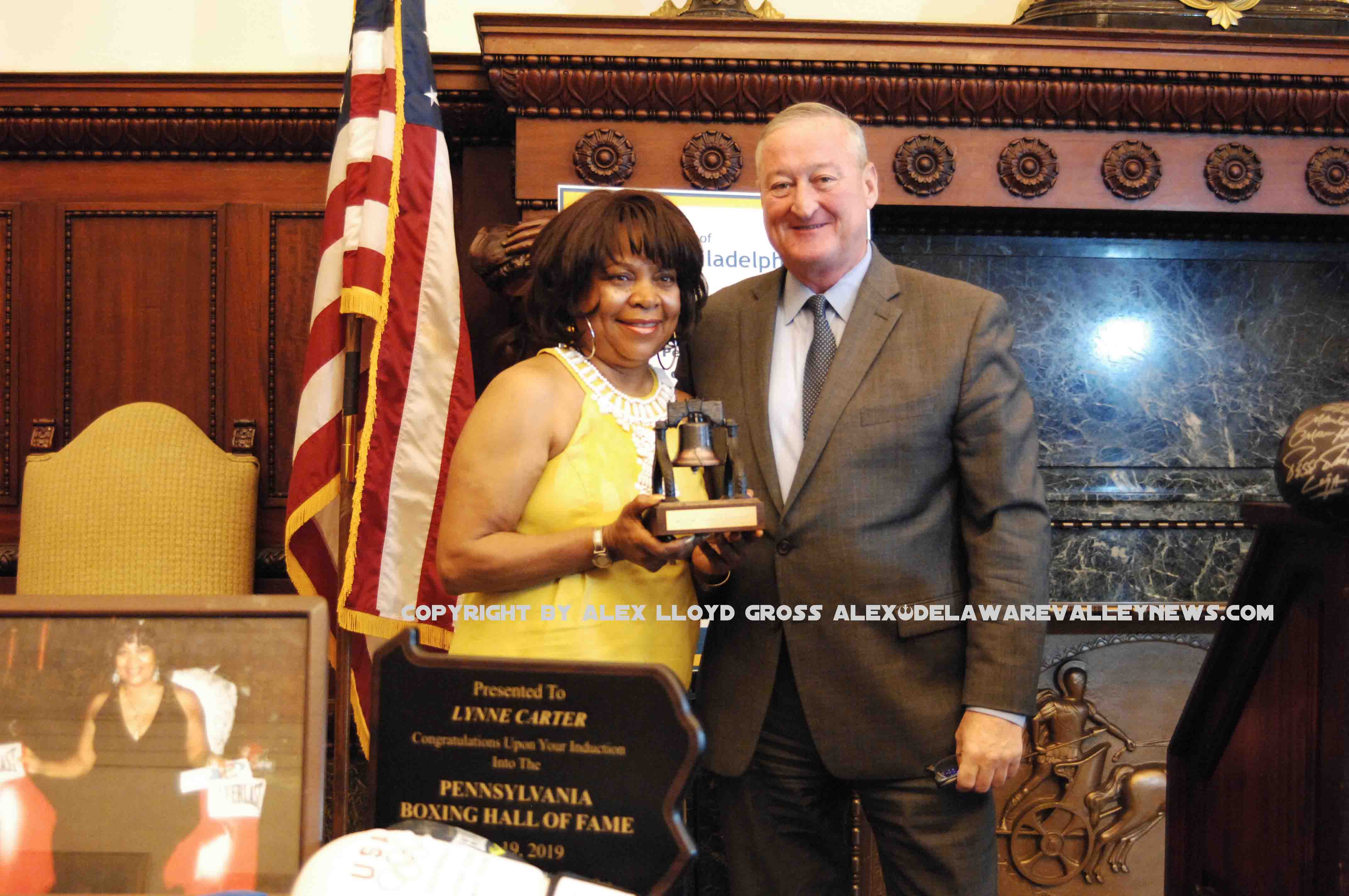 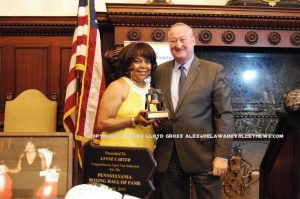 Lynne Carter,  A very distinguished boxing judge from Philadelphia was honored  by Mayor James Kenney at Philadelphia City Hall. In a ceremony that lasted about an hour June 19, 2019,  Carter was spoken fondly of by  such boxing luminaries like ring announcer Nino Del Buono and International Boxing Federation President and Founder Bob Lee.

Carter was first licensed in 1982 and has either officiated or been involved with over 750 fights all over the globe.  Locally, she was inducted into the Boxing Hall of Fame in Pennsylvania, in February of this year. In addition to these accomplishments, she was also a Streets Department Supervisor in  Philadelphia  for over 40 years, before she retired.  She learned the sport of boxing by Joe Frazier and  Jersey Joe Walcott.