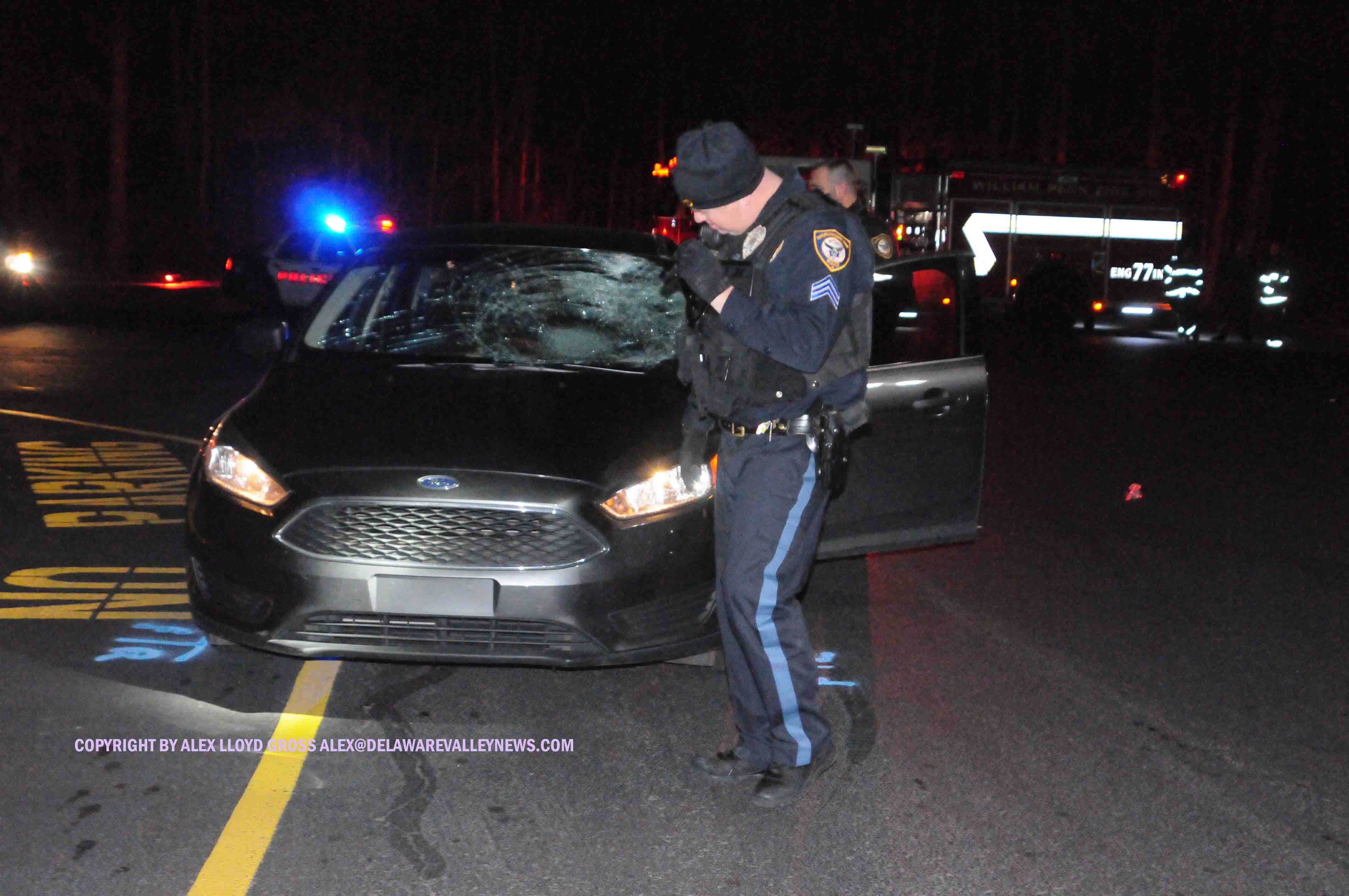 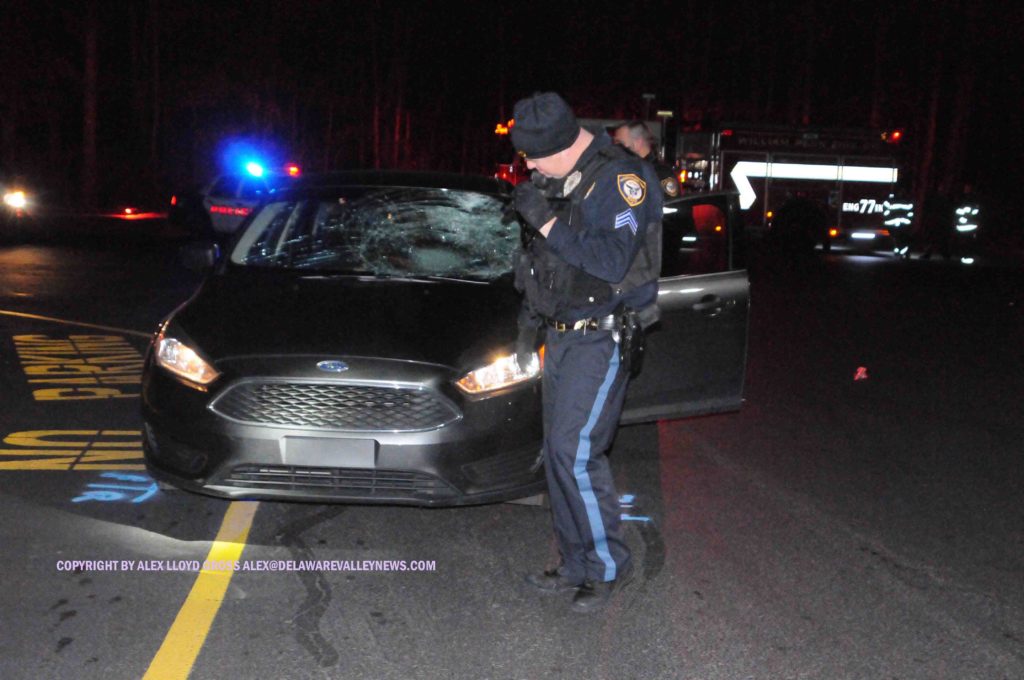 Middletown Police are investigating an auto versus pedestrian accident that happened just after 8:30 PM  November 29, 2019.  The driver of the striking car was attempting to turn into the Foxwood Manor Apartments  on Veterans Highway, when the unknown pedestrian was struck. The driver stayed at the scene. His vehicle windshield is crashed and the victims glasses and keys were laying in the driveway entrance.

For a short time, the exit from the complex to Veterans Highway was closed.  Traffic on the actual highway was not affected  by the crash.  Police said that the pedestrian is in critical condition. More information will be released later this evening.