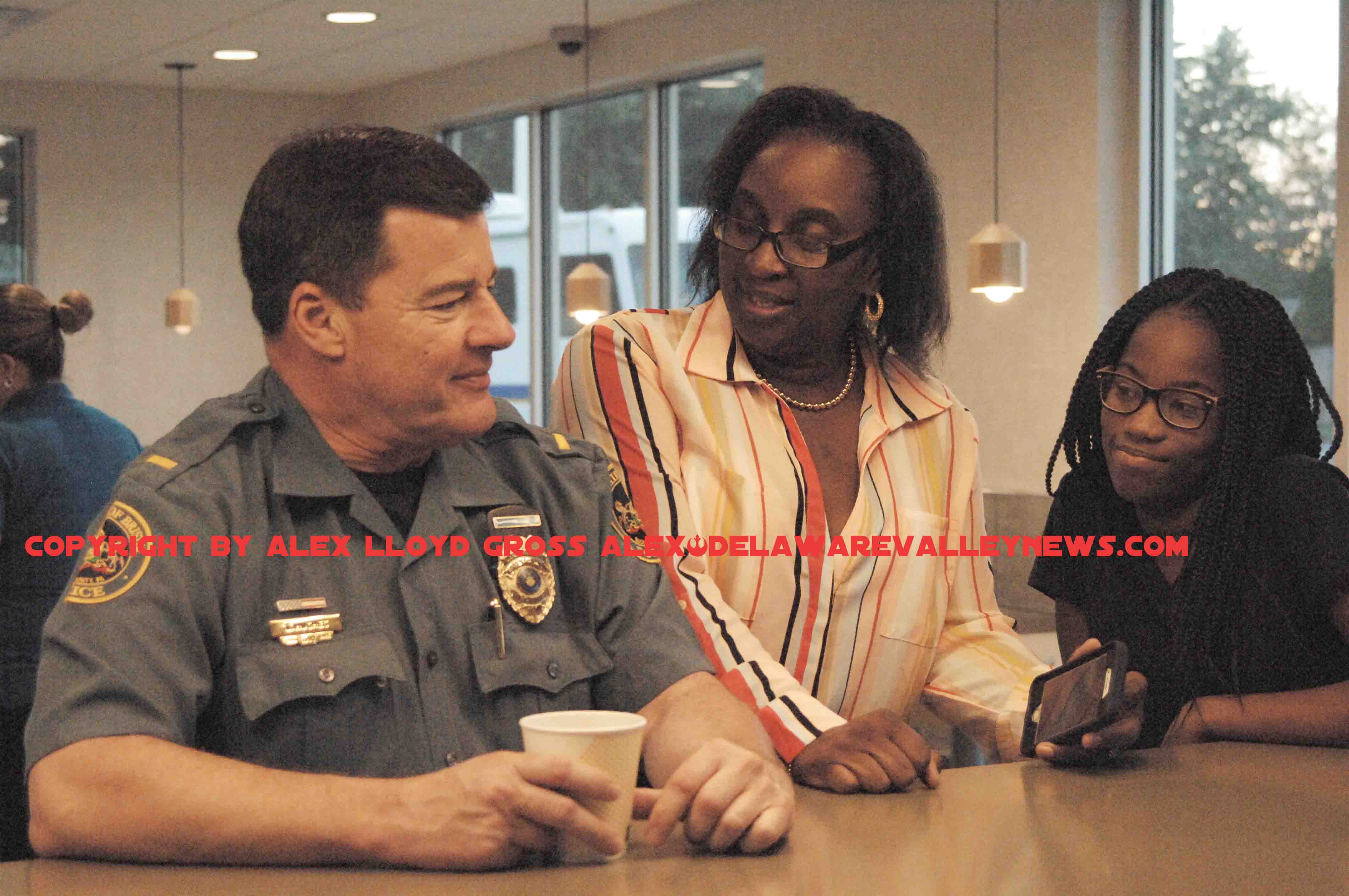 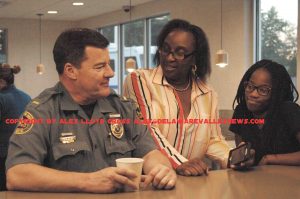 It started out small, as a way for police to interact with citizens.   Now, there is an entire day devoted to it.  The concept, coffee with a cop is a great way for the community to discuss quality of life issues or simply ask a cop a question. It’s going on nationwide today, October 3 2018. In Bristol Twp, Bucks County Pa,  several officers took time to go to a McDonalds on busy New Falls Road to meet with the public. 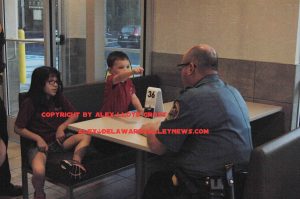 According to Officer Paul Shallcross, who was on this detail, “It’s fun, we have done this a different kinds of restaurants. However,  i think fast food places are best, because they have more of a turnover of people. A sit down diner, or full blown restaurant  is limited because, people are sitting down,  they are waiting for food and they do not finish as quick as a fast food place, so cops are limited on their contacts.

A large RV trailer with a  sign was  in front of the McDonalds on New Falls Road. This let people know what was going on. The demographic was little kids who were with their parents. Middle aged to senior citizens.  Teenagers are welcome but not too many are going to approach cops first.  That’s why is was so important for the officers on the detail to engage the people first.  Lt. Terry Hughes  brought a box of pens to handout to people.

There will be people that simply do not like cops and will have no interaction with them.  Those kinds of people exist in every town and city across the globe. Most corporations do support police and McDonalds promoted this event with tabletop signs in advance.  According to Lt.Hughes, “We like to do about four a year. Ideally, we hit the entire township so no one had to travel too far.  Sgt. Eugene Zurybida said “There are time we are on patrol and we get approached by people. This gives us the time to speak with people and get to know the community,”. By the way, the coffee was free. 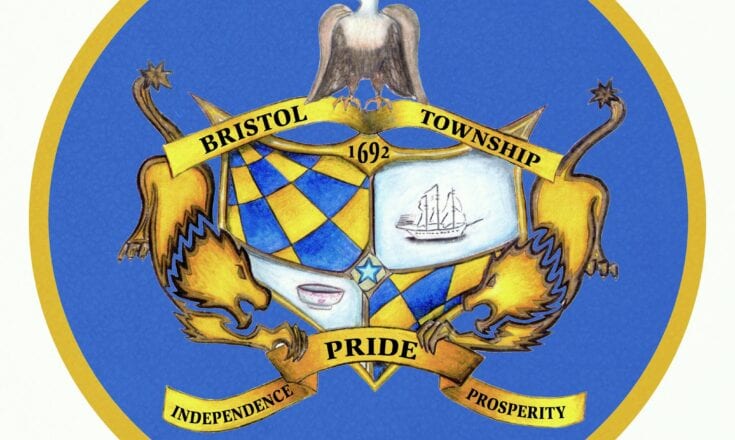 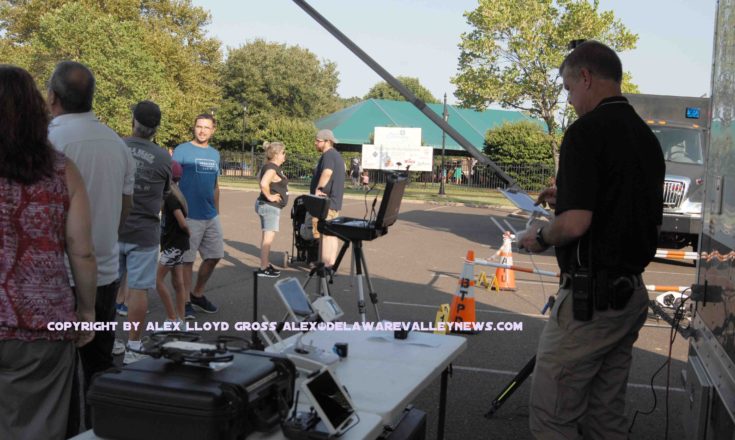 National Night Out Is A Success in Region