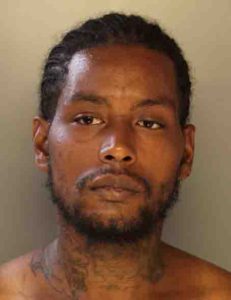 Arthur Clowney, of Godfrey Avenue was arrested during the early morning hours of August 10, 2019. Clowney, police said  is suspected of setting two different fires at car dealerships on the 6100 and 6300 block of Roosevelt Blvd. The fires happened during the early morning hours. As  firefighters were wrapping up putting out one car fire, a motorist stopped to let them know about several autos that were burning at the Hassert Chevy dealership, just two blocks away.

When fire crews arrived there, they found several vehicles on fire. Upon further investigation, they recovered security footage of the person who set the fires. as luck would have it, Clowney walked up and started to ask questions about the fire and observe firefighters. It was then that police made the connection that he matched the suspect in the fires. He was charged with two counts of arson,  2 counts of Risking a Catastrophe, and related charges.  The vehicles he torched at Hassert were waiting to be repaired. They were not new and for sale, authorities said.