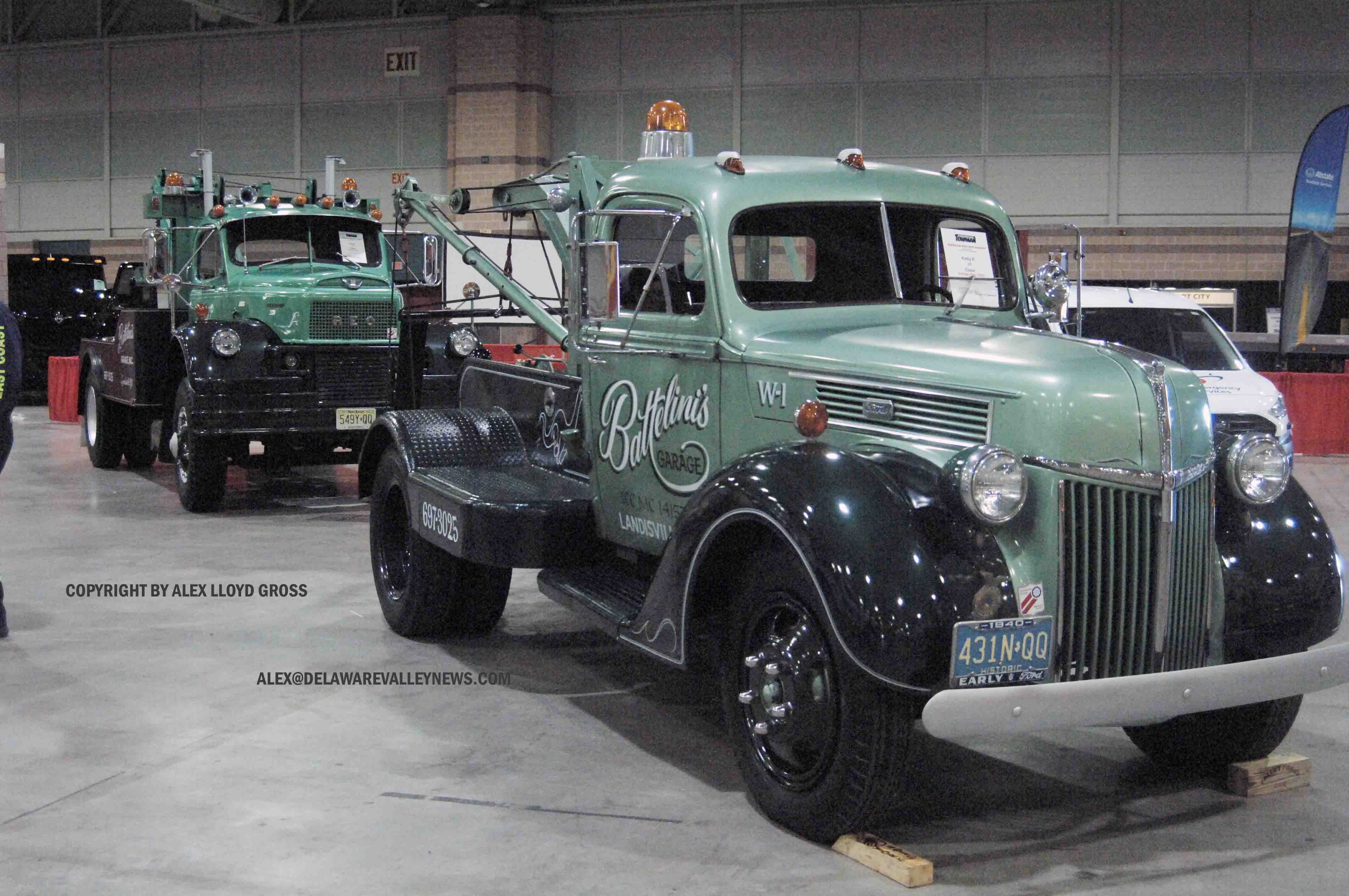 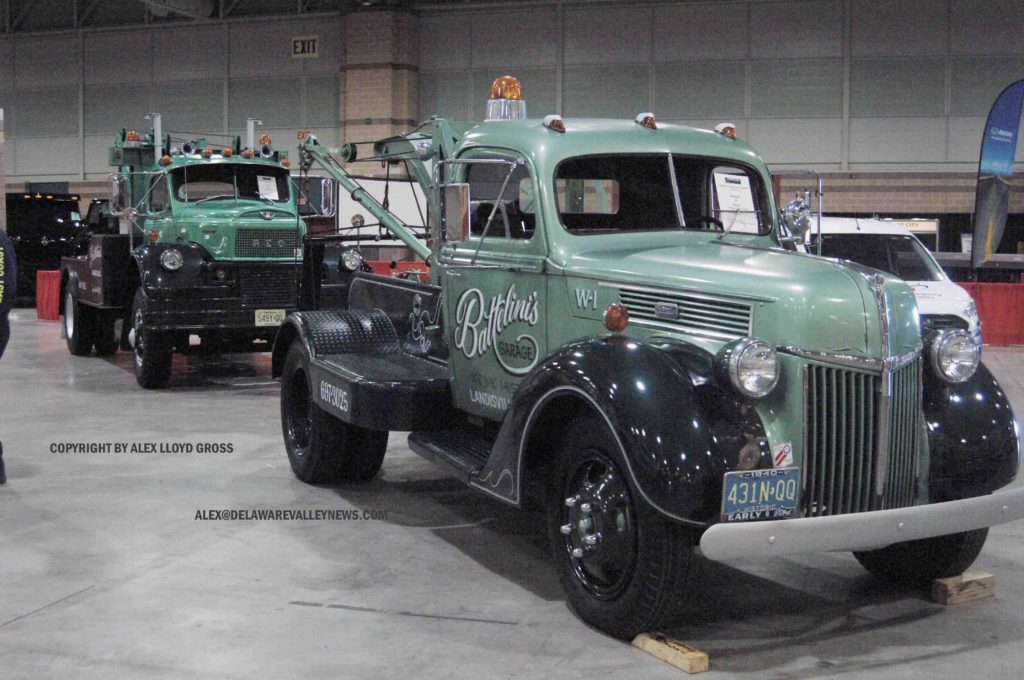 The American Towman Convention is being held at the Atlantic City Convention Center until Saturday, December 7, 2019.  After that, you will have to travel to Baltimore next year to see it again.  This year, it is smaller, barley taking up on exhibit hall inside the convention center.  Plenty of room for trucks to enter the pageant  and vendors to sell their wares.  One vendor was out of New England. Ricky’s Towing.  They not only operate a tow company, they also operate a store to serve the trucking and public safety personnel with apparel.

With any convention, there will be seminars. This 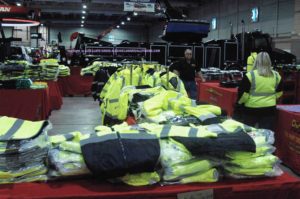 year’s talks were on safety with a Traffic Incident Management class and multiple dealers selling equipment to keep tow operators safe.  flashing lights and reflective clothes are obsolete. In 2019 reflective clothing also lights up.  There is a campaign to teach motorists to slow down and move over when they see a tow truck on the side of the road, working.  They get the same courtesy as police and fire personnel  .

Some trucks are simple and you see them on the street all the time. Others, are heavy duty wreckers or rotators that can cost over $1 million.  These trucks are used for overturned tractor trailers, and rail cars.  Surprisingly, a lot of local  tow companies did not have a truck on display. Rob’s or Penndel towing were not represented. Companies that are close to Atlantic City like Batallini’s had an antique truck there and a larger truck. 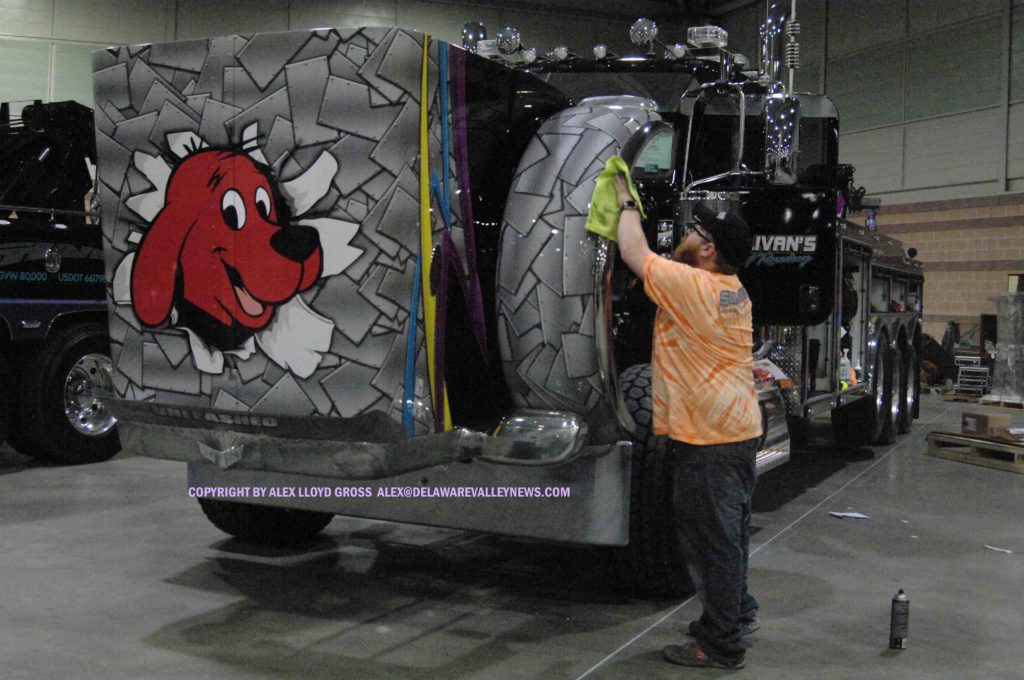 Alex Lloyd Gross-Photo- Delaware Valley News.com A driver tends to his wrecker before the show.

Of course, some dealers were selling equipment like straps, wench parts and tools but a lot were selling safety vests.  The unfortunate part is many vendors did not bring safety pants with them, or just brought a small quantity.  If you are a vendor, you need to bring some of everything because what you did not bring is what people will want.  To operate larger trucks you need to be certified to use them. Those classes were being held at the convention center.

One seminar was how to increase tow rates.  In most municipalities, rates are set by the local government. This is to prevent a poor motorist from being charged $1500.00 for a simple tow.  There are tow operators in this region that do just that. They are prevalent in North and west Philadelphia. They put fake “Police Tow” emblems on their trucks and ride the streets hooking up wrecked cars.  While a legitimate tow operator has a lot at stake, higher rates mean better equipment and a better lifestyle for the owner. A good percentage of the time, they are towing the $9.00/hr  worker who cannot afford the rates of $200.00. to get a vehicle back from a tow yard. There has to be a significant bump in workers pay across the board, or you are potentially putting someone on the street.

The pageant does  not feature girls but trucks with exquisite paint jobs. The owners spend  part of the morning before the show opens cleaning their trucks. These are the same trucks that are in service daily . They can get dinged by road debris or have paint corrupted by dirt. “That can happen,” said one driver as he was polishing a fender two hours before the show opened.

Two hacks if you go. Parking is $15.00. An outside lot is a bit cheaper and it is right across the street.  Sodas cost $5.00 so be prepared or bring your own.