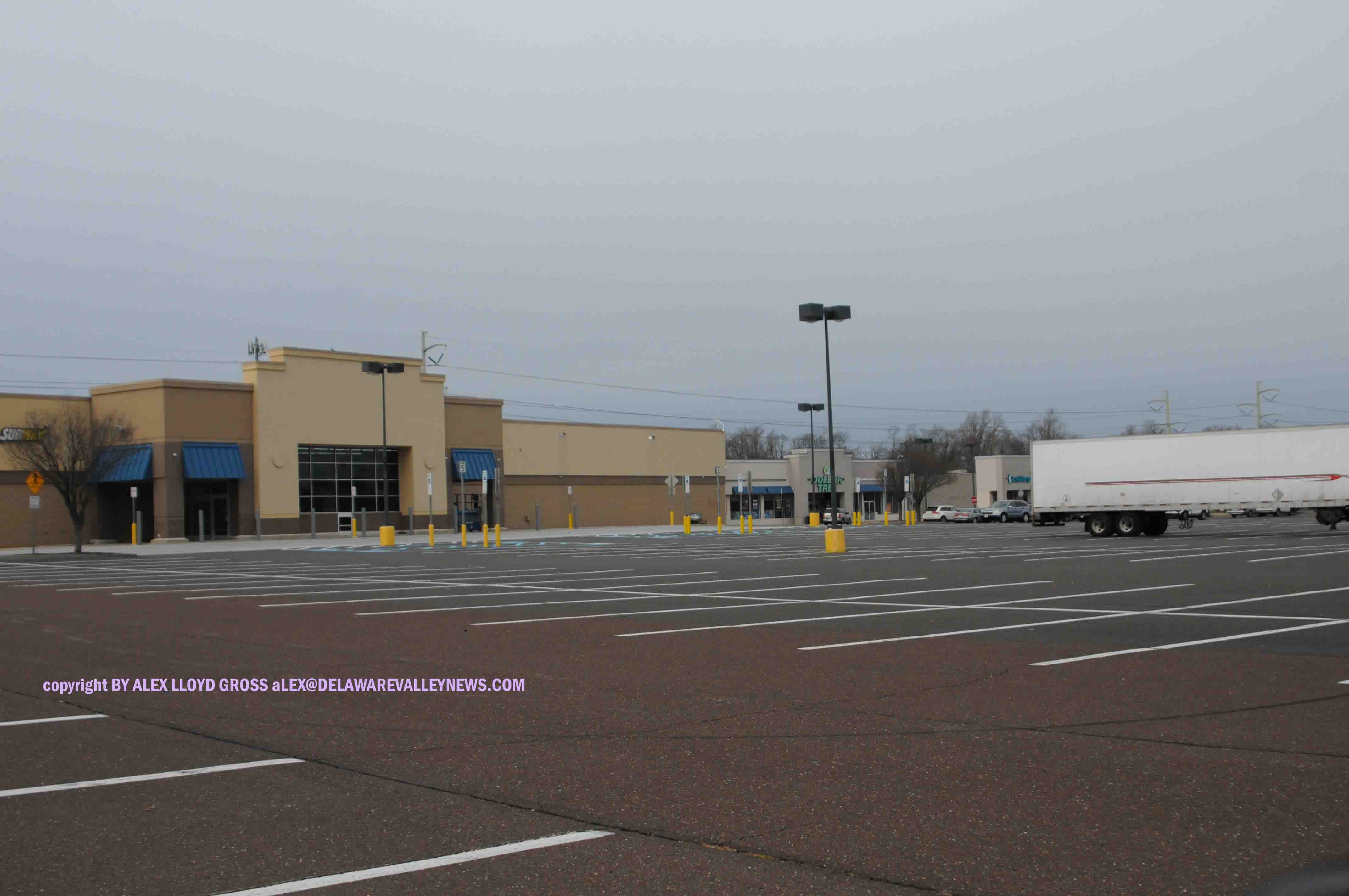 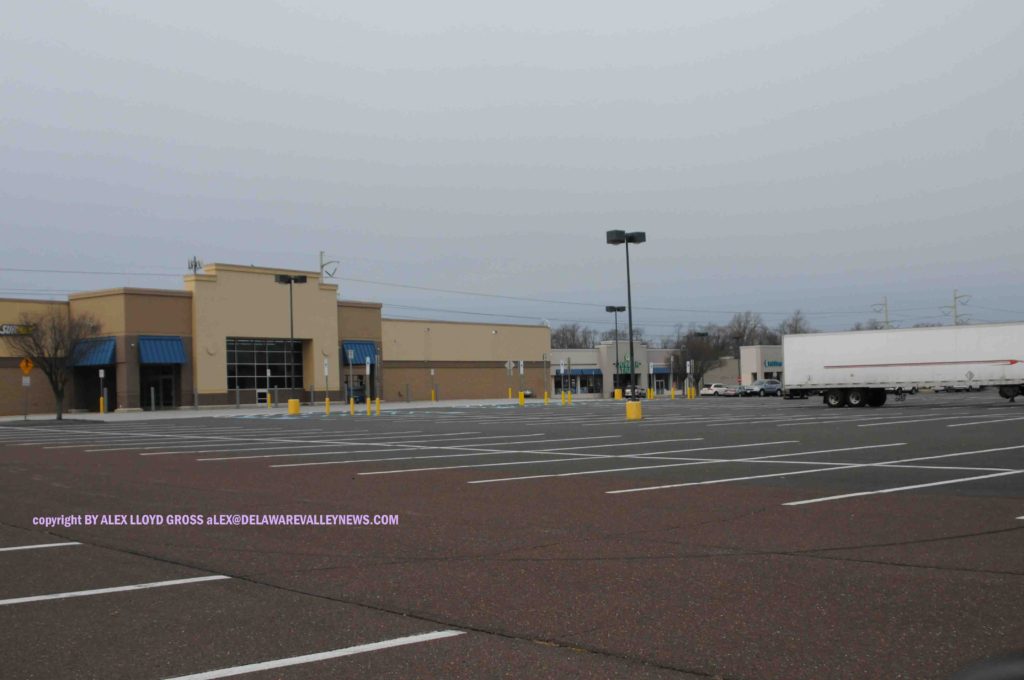 Alex Lloyd Gross- Photo- Delaware valley News.com Less than one month away, this building gets transformed.

It is Sunday.  Like most people you may spend today watching football and maybe shopping. Many people in the Lower Bucks County area used to goto the Wal-Mart store at Veterans Highway and Route 13 in Bristol Borough.. When it closed in November of 2017 people were upset, at losing jobs and of the loss of a store. Next month,  Sunday January  5, 2020 most people will be watching football and shopping. They will also be going to the Wal-Mart site which is now going to be a flea market.

“I was approached a while ago about doing this, said Anthony Soprano the man behind Philadelphiafleamarkets.org. We run the flea market at the Roosevelt Mall in Northeast Philadelphia. We’ve been very successful there and the property owner is a company called BrixMor. They own lots of lots of retail property and one such site is where the old Wal-Mart used to be.They called and asked if I would be interested in setting up a flea market inside and I was,” Soprano said.  However he would have to wait two more years before he could do this.

The reason was Wal-Mart got out two years before their lease was up. They kept paying rent on an empty building.  “As you know, when an anchor store in a shopping center  goes under stores in that center close,”Soprano said, which is exactly what has happened.  When the lease ran out for Wal-Mart, he was contacted again and agreed to open this site as a flea market..

By shopping there, you are supporting local businesses. Not a huge conglomerate with no ties to the community. Flea markets are an interesting concept, one that Soprano has successfully built his business on. “This is not going to be like Zerns, or the Q-Mart. The merchandise never changes,”  Inside the new flea market vendors will set up and sell either new household items or items from an estate sale.

You can walk in,  look at a vase , or transistor radio and know what you are getting. Chances are it could be worth more than you are going to pay for it..Antique and vintage items are a huge draw to a flea market.  “We allow set up on Friday for vendors and open our doors on Saturday Jan 4th 2019 at 8:00 AM,” Soprano said. The doors will not be locked and people that might want to come in will be welcome to. “That time, the early birds are the ones that get the best deals,”Soprano said.

On Sunday, Soprano said that all of the vendors will pack up and leave. “Next weekend you are welcome to set up and come back. You can sell just once or keep coming back. You have to be there when your merchandise is there. I don'[t want a booth closed  because an owner could not come in. I don’t want that at all, “Soprano said. That theory keeps the merchandise and the display fresh..

As the weather changes the flea market may use the out door parking lot..”We will evaluate that when the time comes,” Soprano said. The grand opening is less than a month away. This building is currently being inspected and made safe by township authorities. so that on January 4, 2020 it is ready to open.