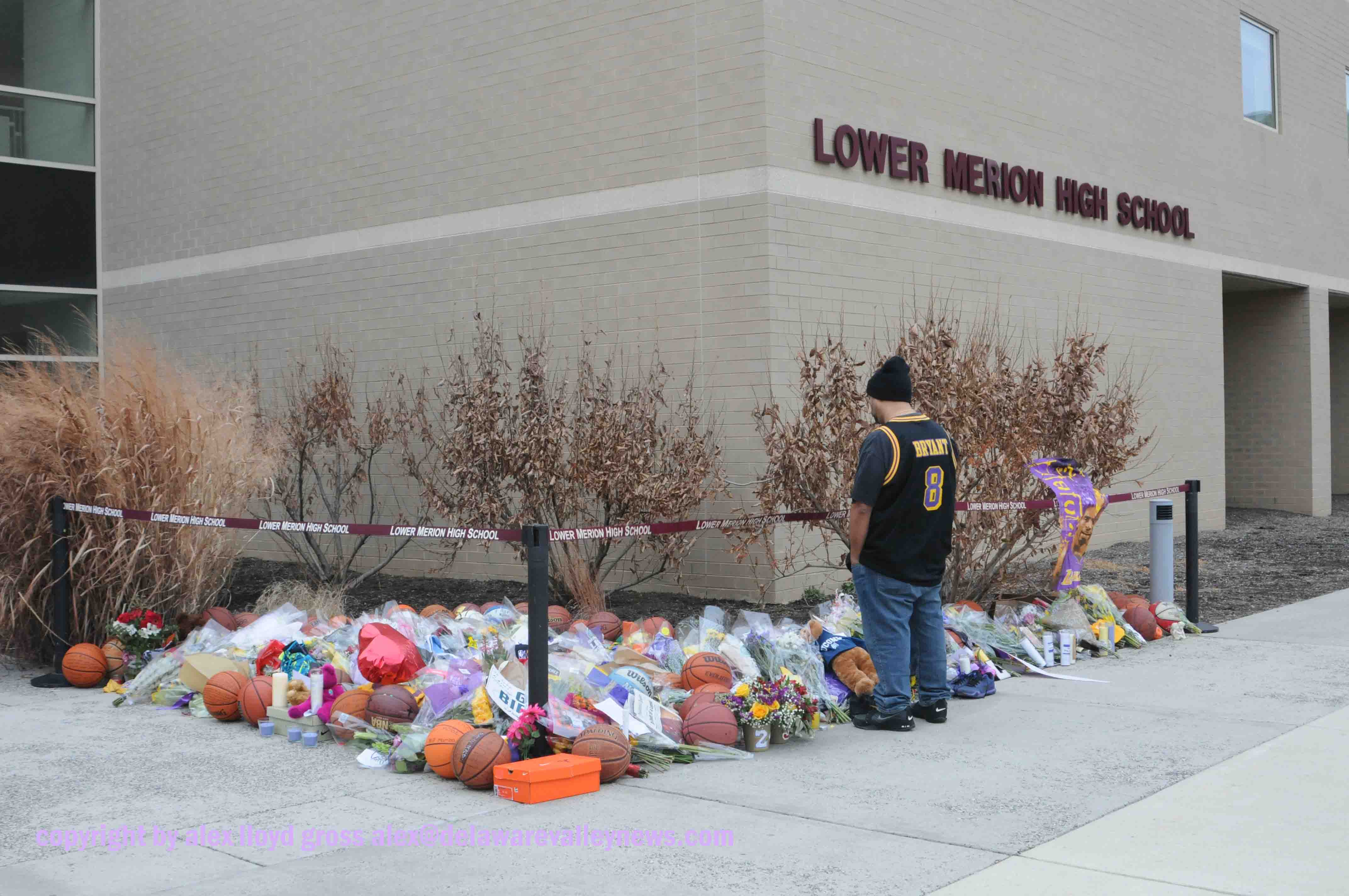 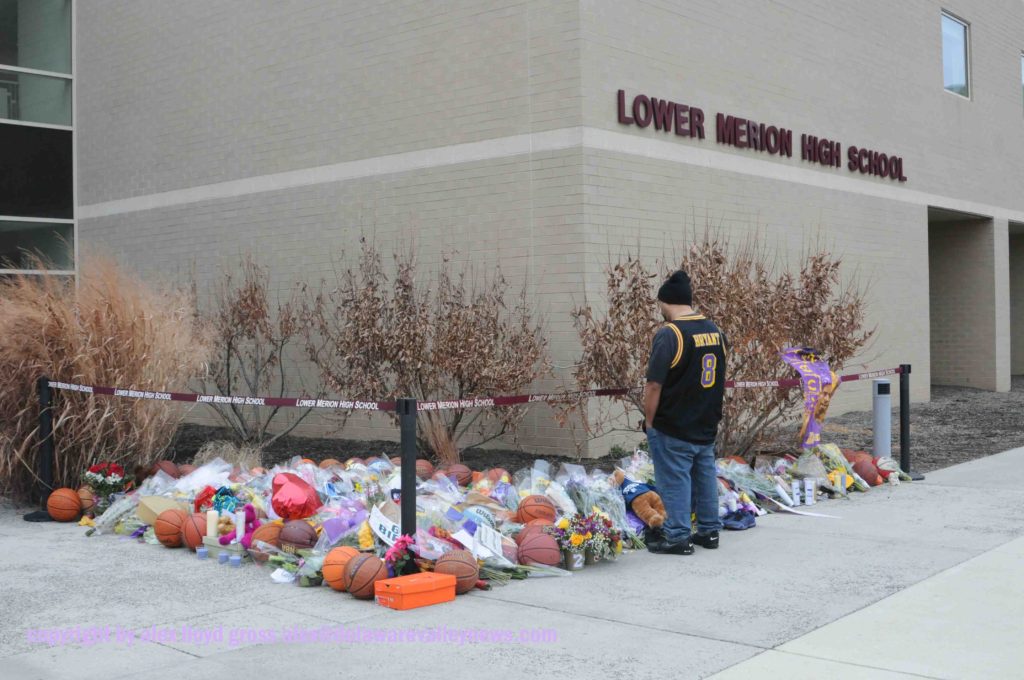 Alex Lloyd Gross- Photo- Delaware Valley News.com A man takes some time to reflect on Bryant’s life at the memorial.

Kobe Bryant, the basketball legend was killed over the weekend. He played for the Los Angeles Lakers .  He grew up in the Philadelphia area and was a stellar player at Lower Merion High School.  It was there that hundreds set up a shrine to the athlete. It is set up outside of the gymnasium and it is open to the public.  All throughout the day people are bringing items to honor his memory.

On January 28, 2020 at least 30 basketballs were part of the memorabilia which was placed there in his honor.  People left jersey’s and countless flowers. Some people stay for a short while and others just see it and leave. The memorial is under police guard and there are cameras around. There is no set time for how long this memorial will be allowed to stay or if it will be moved. Funeral arrangements for Kobe and his daughter Gianna have not been made public yet.

The helicopter passengers and pilot were all killed. They were identified as  Sarah and Payton Chester, John Altobelli and  Ara Zobayan