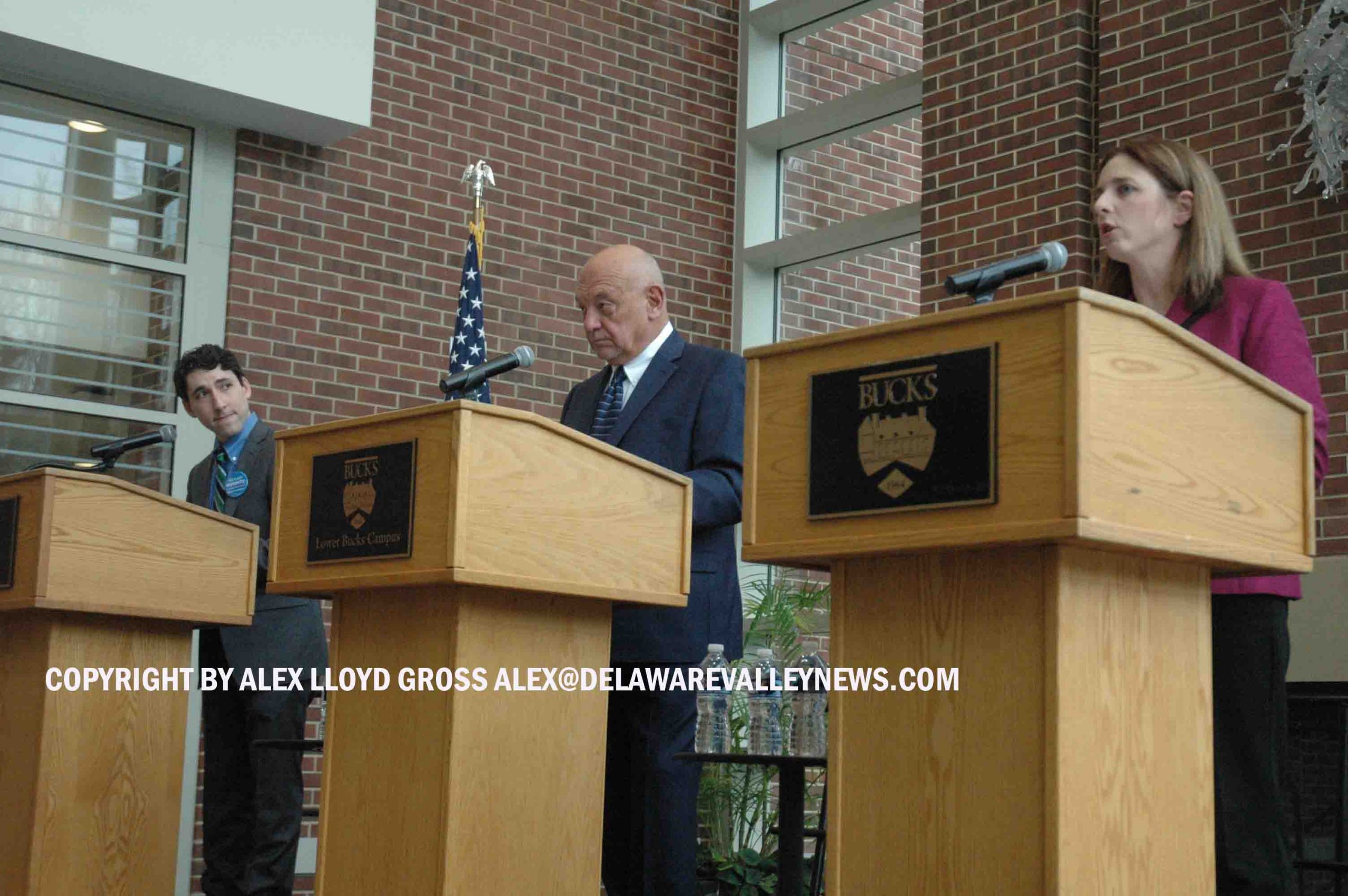 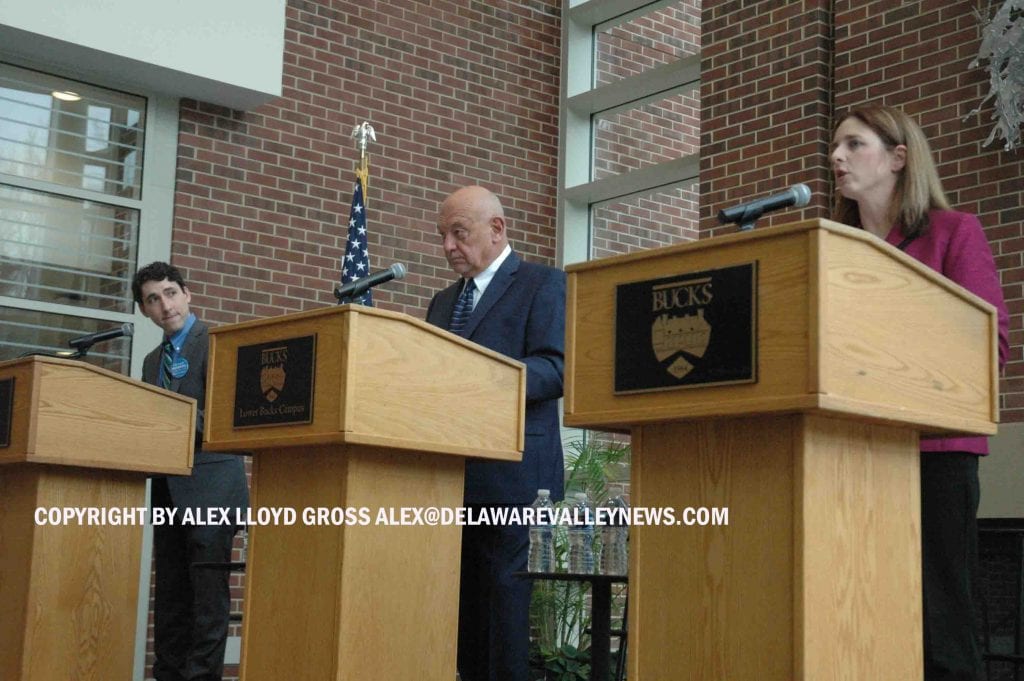 Getting elected to the United States Congress is difficult. Especially when you are running against a popular incumbent . You have to hope your ideas resonate with voters in your district . Not the rest of the country.  One way to do this is to debate your opponent and hope enough people like you and want  to vote for you. For Christina Finello and Skylar Hurwitz that is exactly what happened today, February 25, 2020. For about 70 minutes, the two debated the issues at Bucks County Community College at the Lower Bucks Campus in Bristol Township. 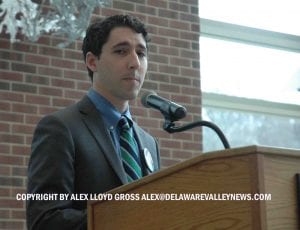 Moderated by Bill Pezza, a Bristol Borough businessman , he kept the two from going over their time limits or getting too carried away.  There were no fireworks. Both candidates  are democrats. Even though the two agree on issues, exactly how those issues get implemented is where they differ. For healthcare, Finello said “This has to be a process and to make a large scale change is a process. I think we have to have a public option and pre existing conditions must be excluded”.  Hurwitz is in favor of Medicare for all but with a four year implementation period.  He wants to see dental and hearing aids included in this and is in favor of no out of pocket expenses for people. 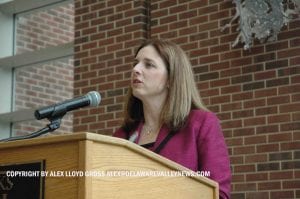 Both agree that the environment is crucial . Finello think we are going backwards with Trump in office and will work to put tough regulations on polluters. Hurwitz emphasized clean water and would like to see 100 percent renewable energy come to fruition sooner rather than later.

In Bucks County, many people are working three jobs and cannot afford to see their family. “Wages have been stagnant and it’s time to change that. The stock market is not showing real life when people cannot make ends meet., Hurwitz said. He also expressed outrage that a CEO will make tens of billions of dollars and pay their front line workers $7.25/hr.  Finello agreed that the minimum wage must go up and added that “The middle class is shrinking. The reality is a lot of people are one or two months away from being homeless.

The Primary election will determine which one of these two contenders will face Brian Fitzpatrick for his job in November 2020.  They both agree that in order for any of their policy, or ideas to take effect, democrats must take control of the house, senate and The White House.

For more information on the candidates, visit their websites. https://www.skylarforcongress.com/    Or Christina Finello