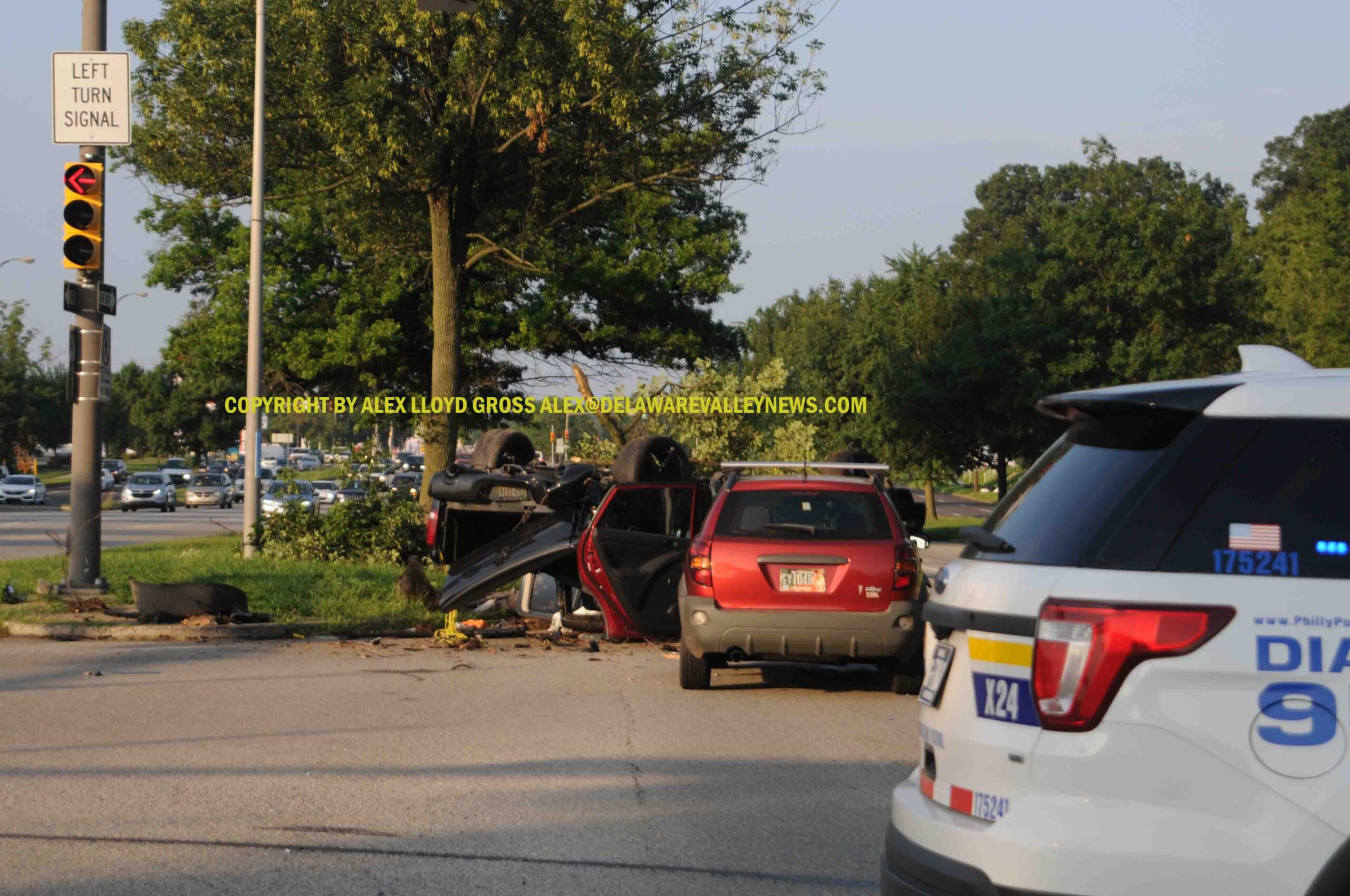 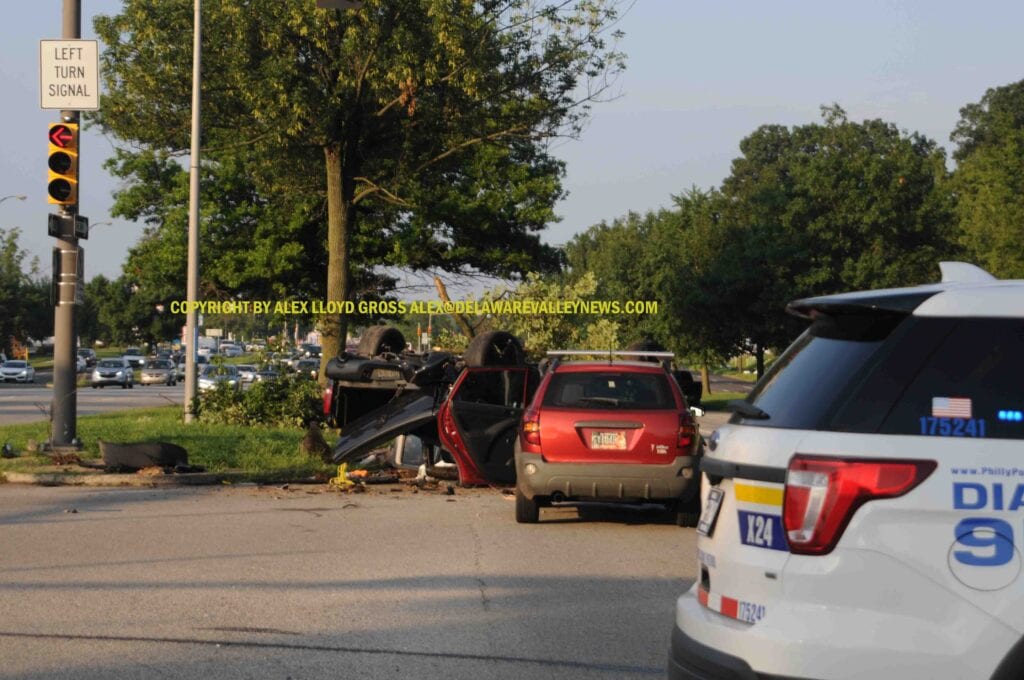 About 6:30 AM today, August 12 2020  a pick-up truck was involved in a serious crash on the 9600 block of the Roosevelt Boyulevard.  Details are scarce, but witnesses said that the driver of the truck is responsible for causing this accident.  It was traveling north on Roosevelt Blvd, when, for an unknown reason the truck mounted the center grass median a high speed and slammed into a small tree, tearing it from the ground.

The truck then hit a southbound passenger car, before flipping over. A vehicle operated by Rick Yersak from Doylestown was also traveling south when the truck skidded towards his vehicle, on it’s roof. Both of those vehicle also collided.  All three of the vehicles had one driver and no passengers. Fire crews had to remove the driver of the truck through the back door.

Southbound inner lanes of the Roosevelt Blvd were closed at Lott Street until the wreckage could be cleared.