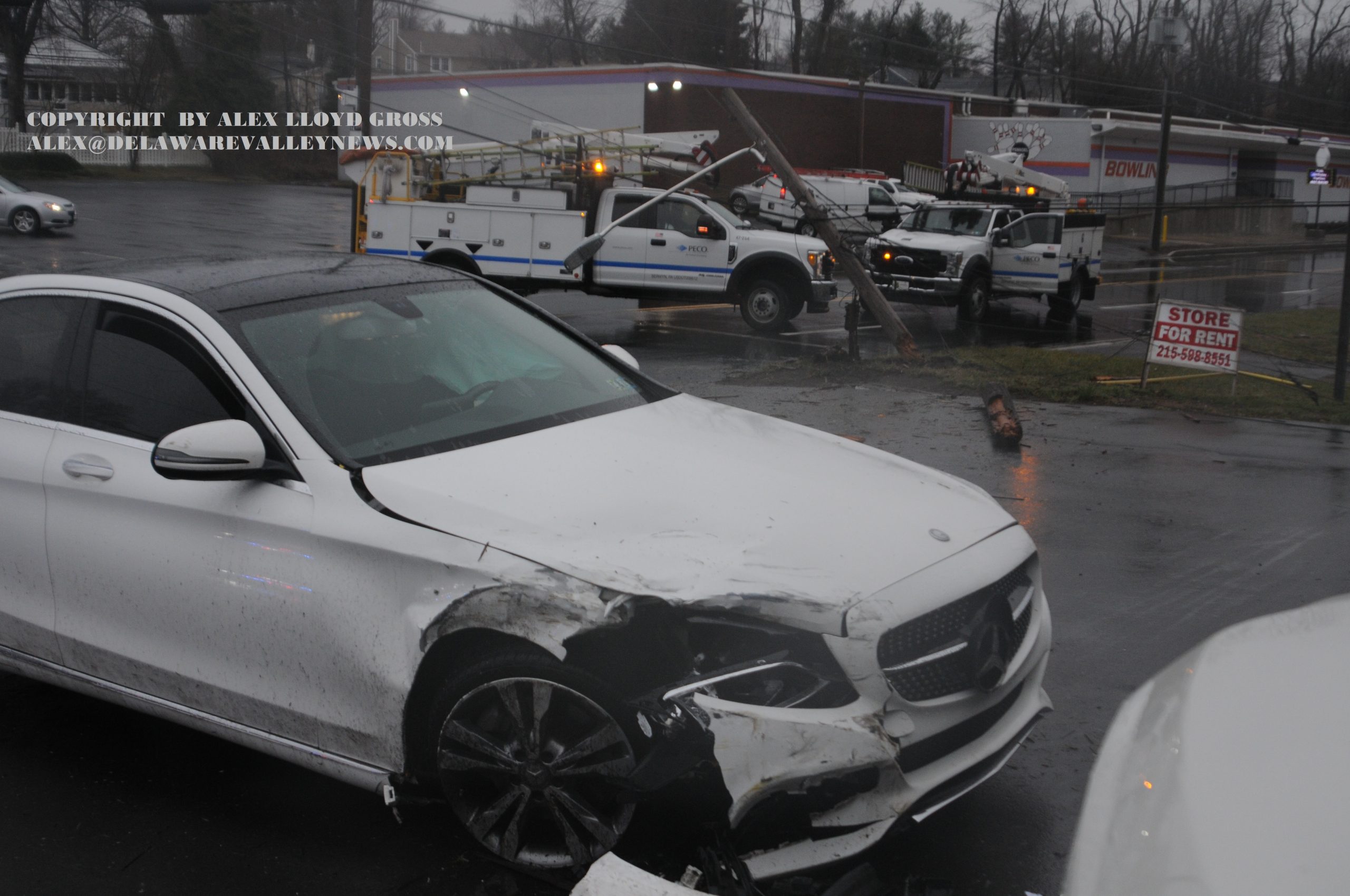 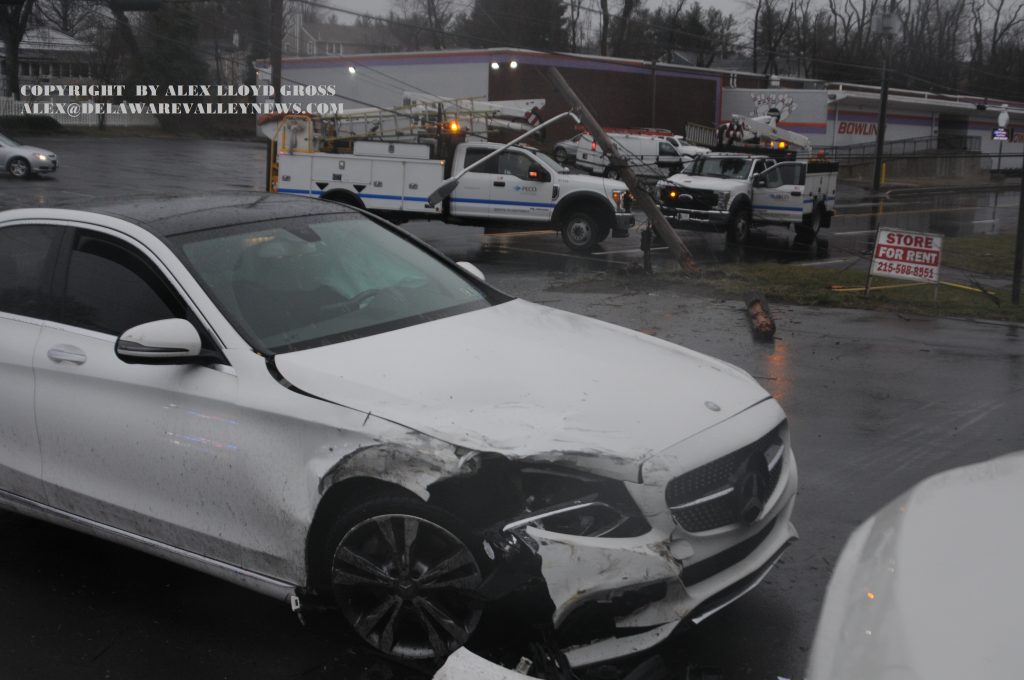 A driver going too fast for conditions is responsible for a two vehicle crash in Penndel.  Police said that about 11:30 AM March 18 2021 a vehicle traveling east  veered out of control and struck a utility pole, snapping it at the base. This pole fell across  West Lincoln Highway, at Glen Avenue in Penndel, bringing PECO wires down with it.   The result is that West Lincoln Highway will be closed for a while at last until the afternoon. After the vehicle hit the pole, it traveled into a parking lot and hit a parked vehicle, which got pushed into a building causing damage.

While the road was closed a truck driver, making a delivery for Redners drove a tractor trailer around the police cars and almost took down wires, as he tried to maneuver around the scene. Police made the driver sit in a parking lot and said he would be cited.

One Response “Crash Takes Down Wires, Closes Highway In Penndel”