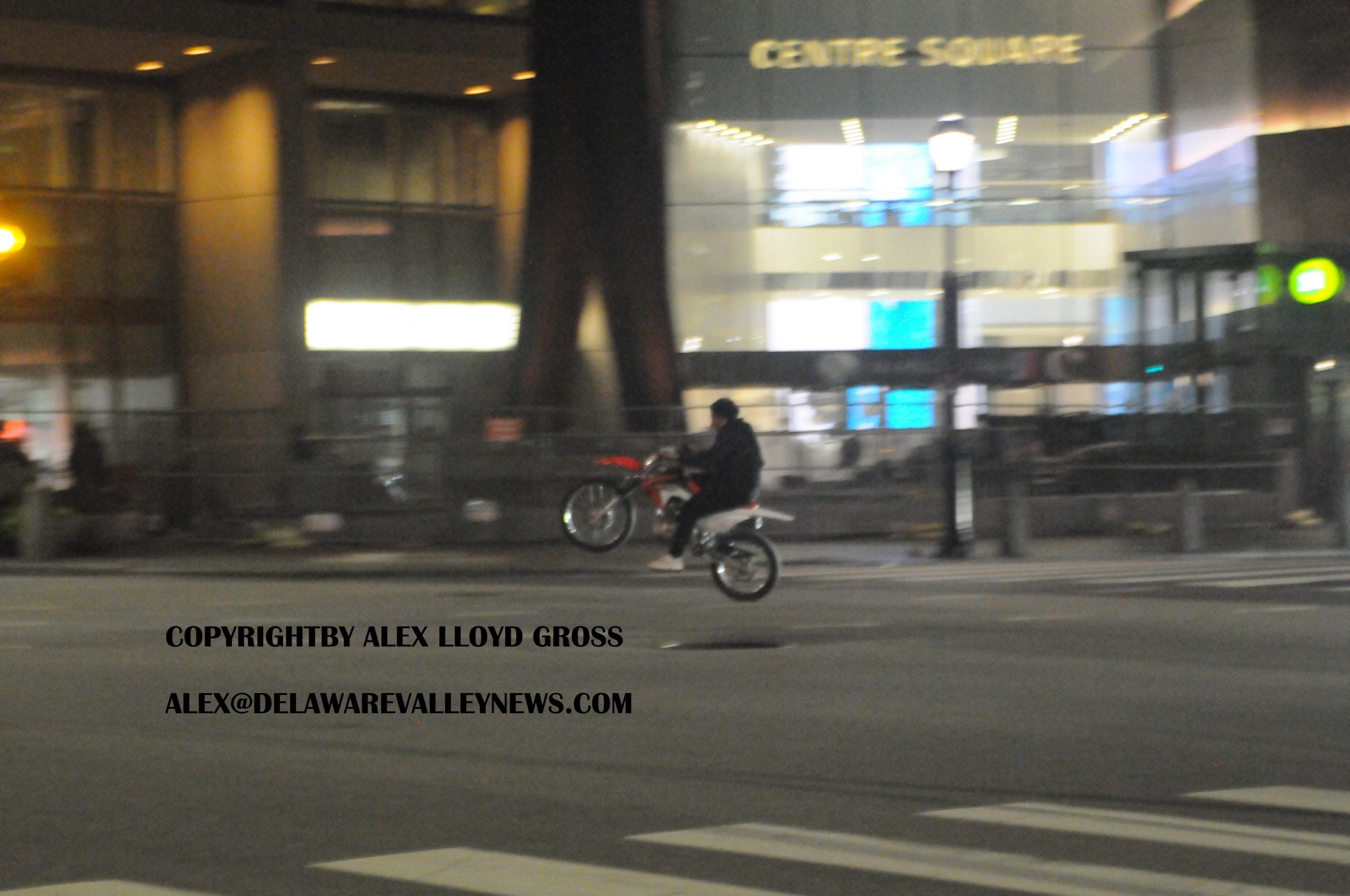 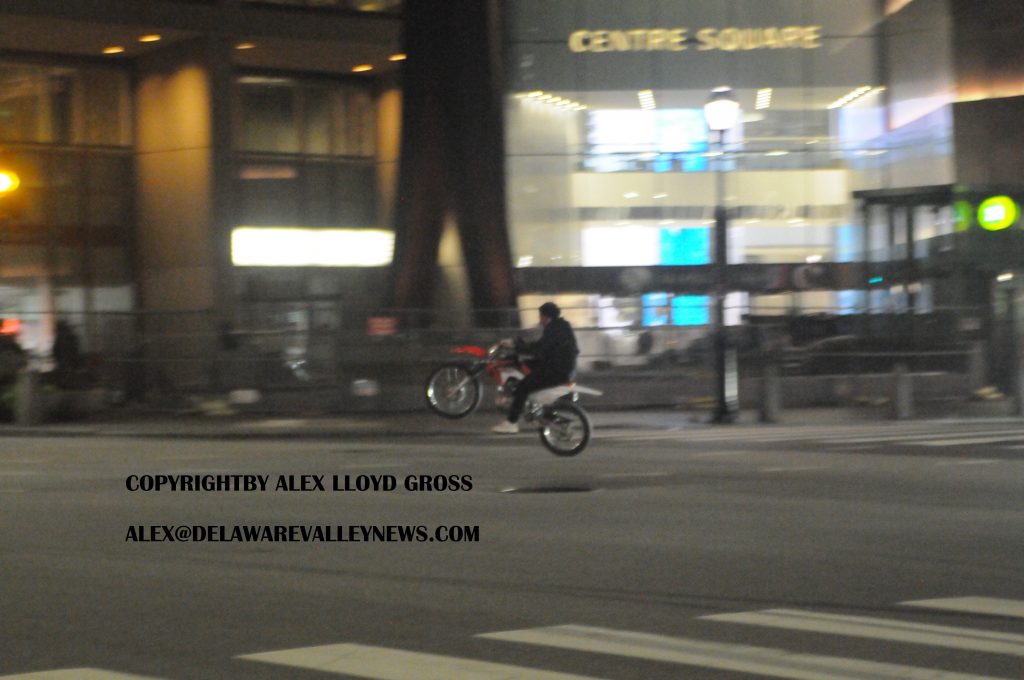 The activity of racing or  operating ATV’s or dirt bikes  on public streets is prevalent.  The practice is usually done by males in their early 20’s to early 30’s.  After that, it seems these riders develop commons sense.

You can see them on any weekend night from about 9:00 PM until the early morning, they race through traffic lights, they zoom in between cars  and stop signs and red lights are just a suggestion. People have been killed  and  still the process continues. Sometimes, it’s not the rider that is hurt, but an innocent person.  Philadelphia is trying to attract tourists to see the Liberty Bell, eat in restaurants and stay overnight.  When tourists walk around,  many are frightened by the recklessness of the drivers. Some of whom drive on sidewalks.

They post their experience on social media about the museums and the next sentence is about almost getting killed by a wayward ATV rider or dirt biker doing a wheelie down the street.  It keeps people ( and their dollars) away.  Just this week, over 200 such bikers rolled through multiple locations in the city,  Police issued a statement which read in part

The PPD did break up several of these gatherings over the weekend, one which involved more than 200 vehicles. Our number one priority is the safety of the public, which can, and often does become compromised when individuals behave in a reckless manner that endangers themselves and those around them.

While there were no injuries reported to police and no arrests made, the PPD is actively investigating these incidents to determine whether charges will be forthcoming.

According to city code,  ATV’s a  and reckless dirt bikes can be sized . To get them returned, an owner must pay a fine and get a release form to present to the police. Once an ATV is seized, owners have a minimum of45 days to initiate court proceedings to have it returned.  These kinds of vehicles cannot be operated on any city street at any time.