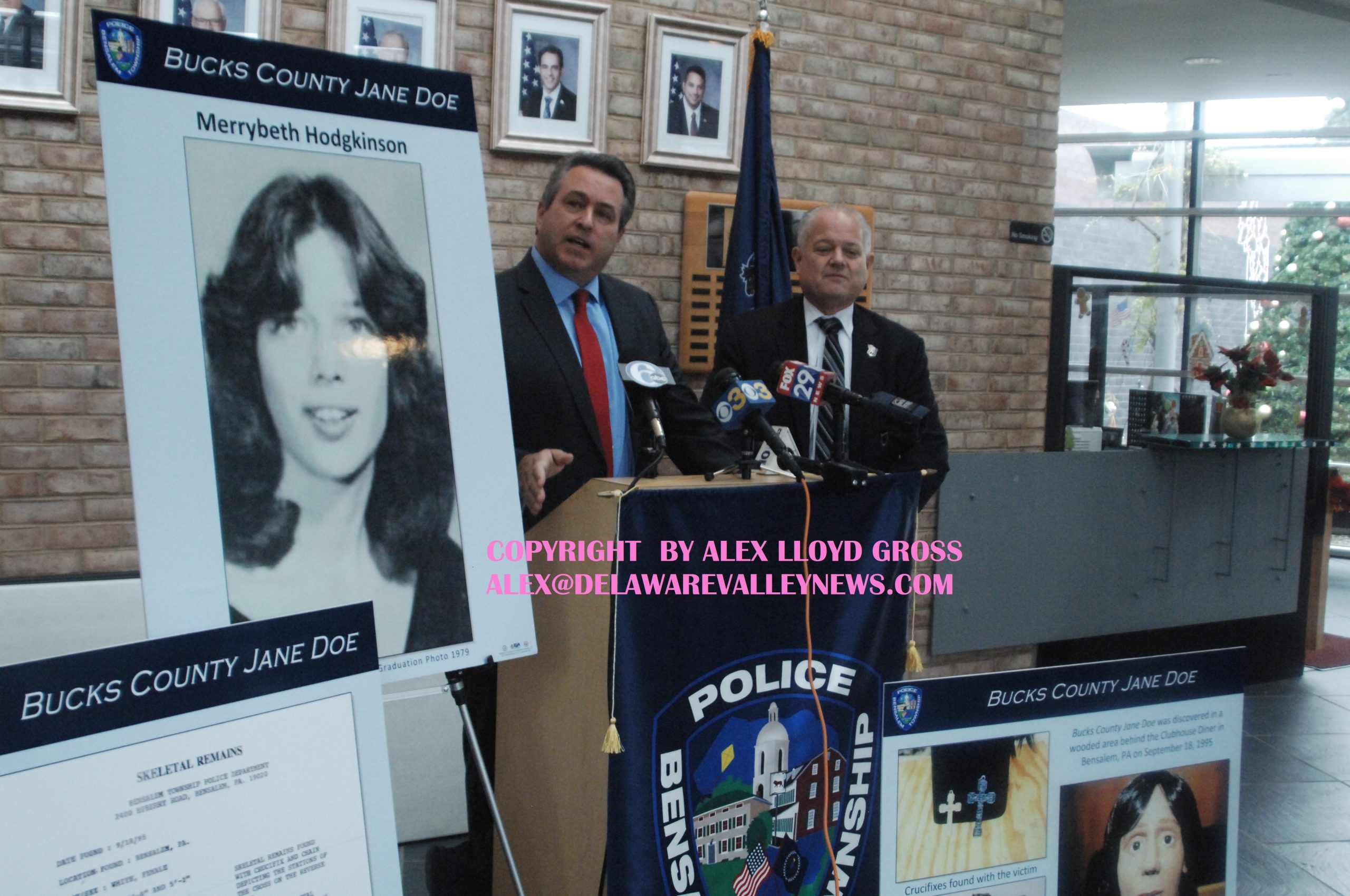 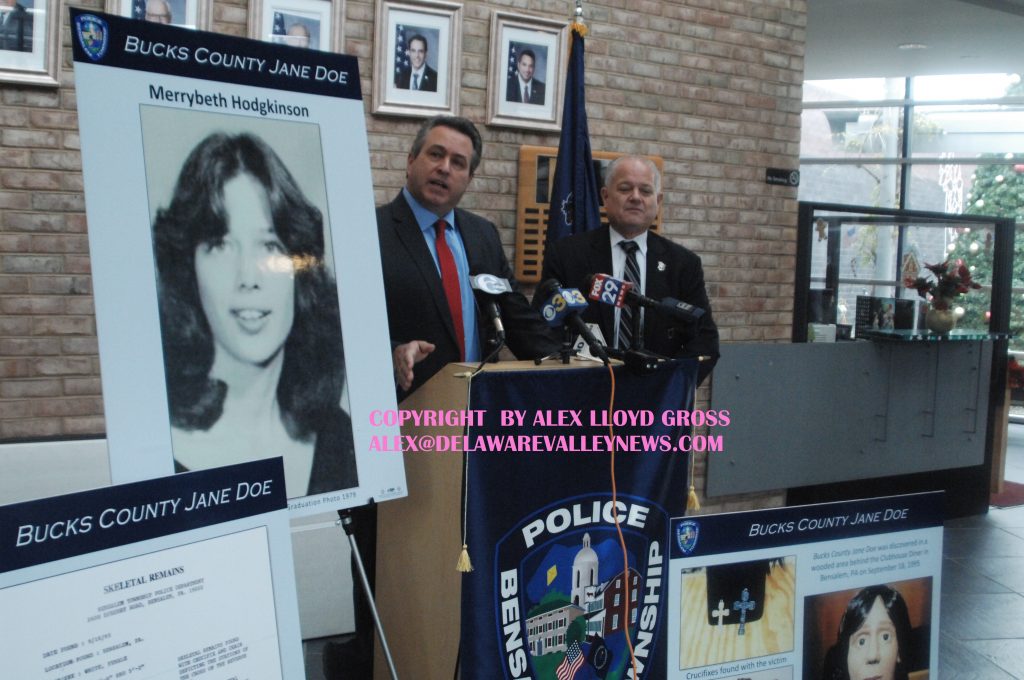 In 1992 or 1993 Merrybeth Hodgkinson  went missing.  She vanished without a trace and was not found until September 18,1995 when the nude body wrapped in plastic was found in a wooded area behind the clubhouse diner on Street Road in Bensalem Twp. The cause of death was homicide by unknown manner.  “People don’t wrap themselves in plastic,” Said Fred Harran, Director of Public Safety For Bensalem Twp. Hodgkinson grew up in Warminster.  According to police, there was no missing person report ever filed on her.

A press conference was held today, Dec 21, 2021 to ask for the public’s help.  “She worked as an exotic dancer.  She was working the Lower Bucks County circuit,” said Detective Chris McMullin. . She worked at the Oakford Inn, and the old George Washington Motor Lodge.  When the body was found, there were a few crucifies nearby and a shirt with “Property Of Alcatraz Swim Team” on it  found next to her body.  The killing went unsolved and the victim went unidentified. Now, in December of 2021, police can confirm her identity as Merrybeth Hodgkinson..  She was also known to frequent Northeast Philadelphia .

Her family was recently notified.  The killer had not been caught.  The reason for the press conference was to see if anyone can remember her, who who she was with.  Perhaps they saw something or heard something and they will call with that information  (215) 633-3719.  Her  identity was confirmed by DNA. “Remember, back in early 1990’s DNA was not what is is today, social media really did not exist,” said McMullin

Family members submitted their information to a DNA lab to try to track down relatives. Her relatives are still in the area and one has moved to Florida,   That information was tracked down and a positive match was found .  As for who did it, Detective McMullin has a person of interest in mind. “I don’t think it’s the time to mention names but he is someone I am strongly looking at,” he said. That person is sitting in state prison doing time for murdering prostitutes and dancers, back in the early 1990’s.

Hodgkinson’s  body was found in Bensalem.  That does not mean she was killed in Bensalem.  It’s quite possible that she could have been killed elsewhere and the body dumped in Bensalem.  “This is a cold case, not a closed case, I had a lot of help from other detectives, such as Glen Vandergrift and many others that have since retired,” said McMullin.