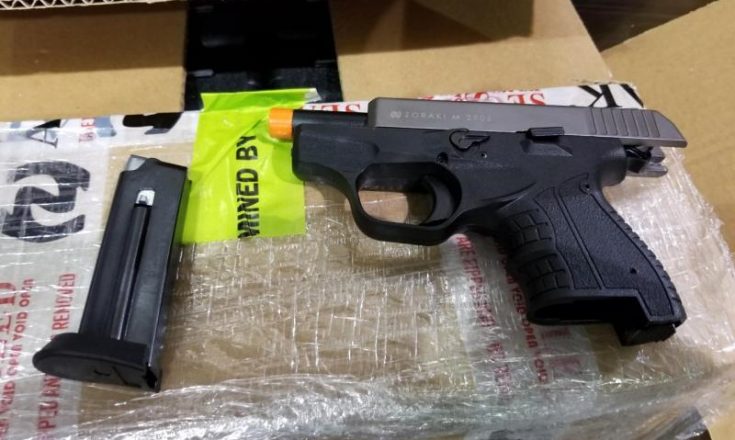 by Alex Lloyd Gross 240 illegal pistols were seized from a shipment from Turkey to an address in Bensalem Pa, Customs officials said.  The guns, were blank firing guns that could have easily been converted to shoot real bullets.. The seized guns were part of a shipment of over 600 guns that were ordered.  As