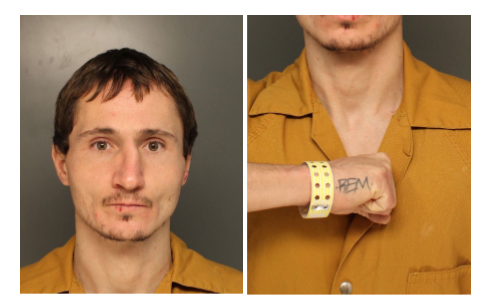 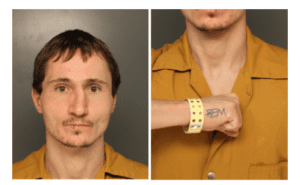 It is just a latter of time before Joseph Arrison is behind bars, in a jail.  He is the male police said spray painted offensive swastika’s  in center city  last week.

Arrison is homeless.  He has no job and no house. He sleeps in homeless shelters. He bums money on the street from strangers.  If you see him,  police would like to give him lodging for a few years.  Whether Arrison hates Jews or other minorities is not up for debate. He is alleged to have committed a hate crime and he will be punished for it accordingly. Philadelphia Police have issued a warrant for his arrest. Here is a story with a video of him in the act, police said.