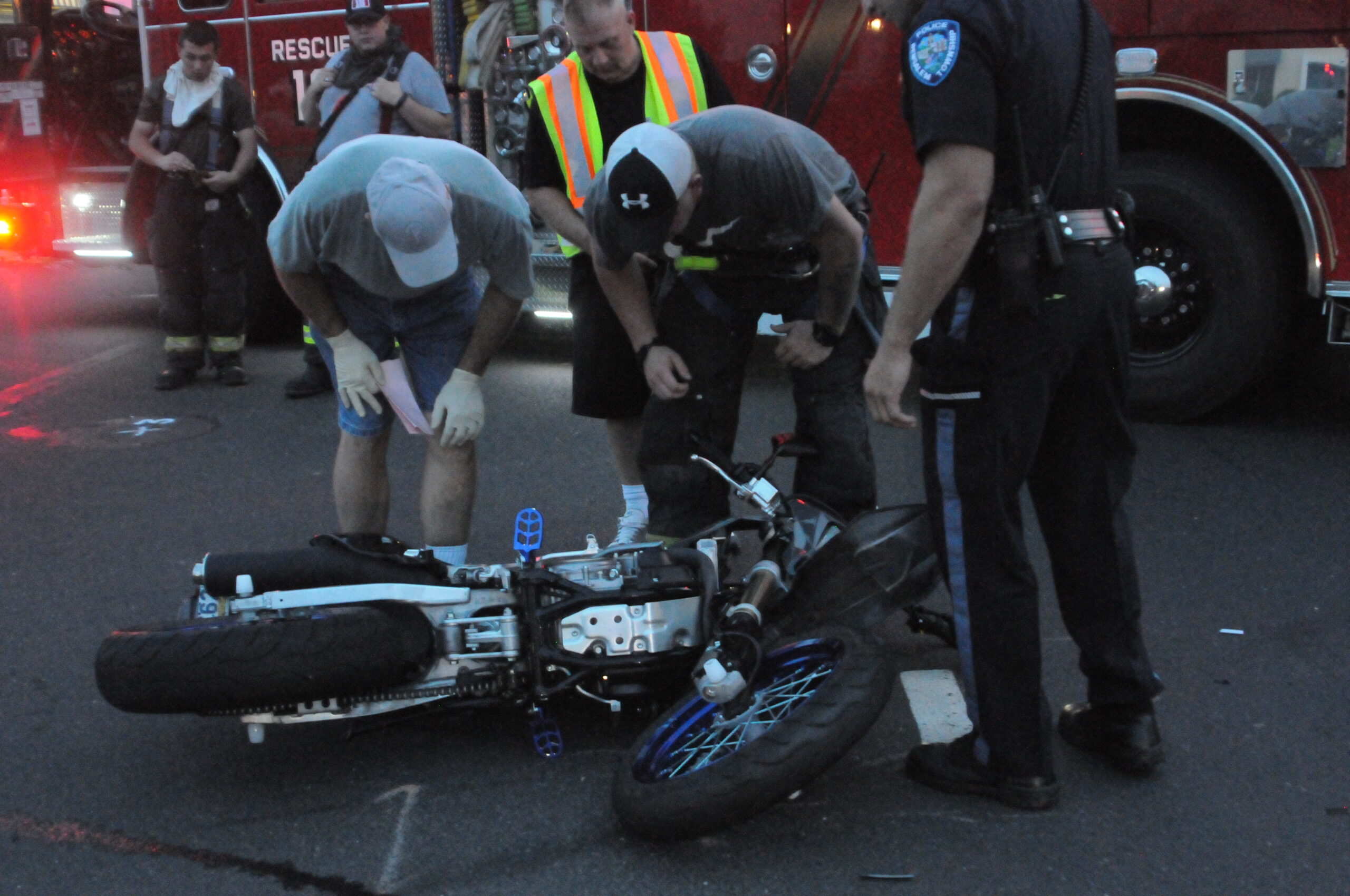 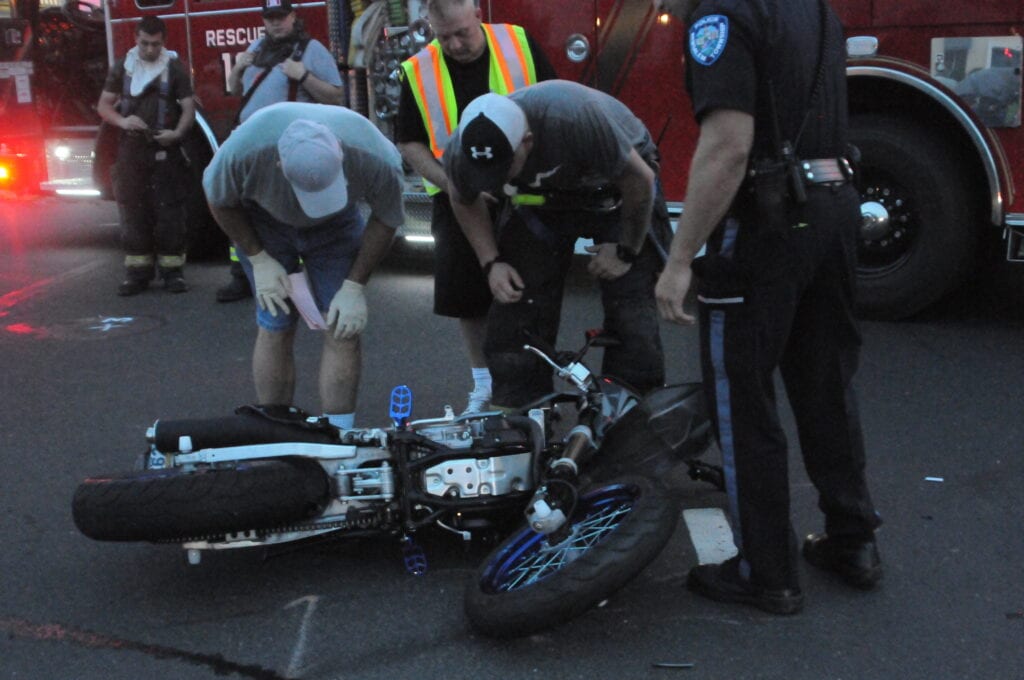 Alex Lloyd Gross- Photo-Delaware Valley News.com The motorcycle is cleared from the road.

One male sustained serious but non life threatening injuries, after a motorcycle crash on busy Route 13 in Bensalem Twp. The crash happened on August 21 2020,  just before 7:00 PM at the intersection of  Biddles lane at Route 13.

According to authorities on scene, a Jeep was making a left turn when the bike crashed into it. The bike was traveling north, police said.  The the bike had no passengers on it. Police were investigating whether speed had played a factor in the wreck.  No one in the Jeep sustained any injuries.

Route 13 traffic was diverted for under an hour, until the crash  could be cleared.