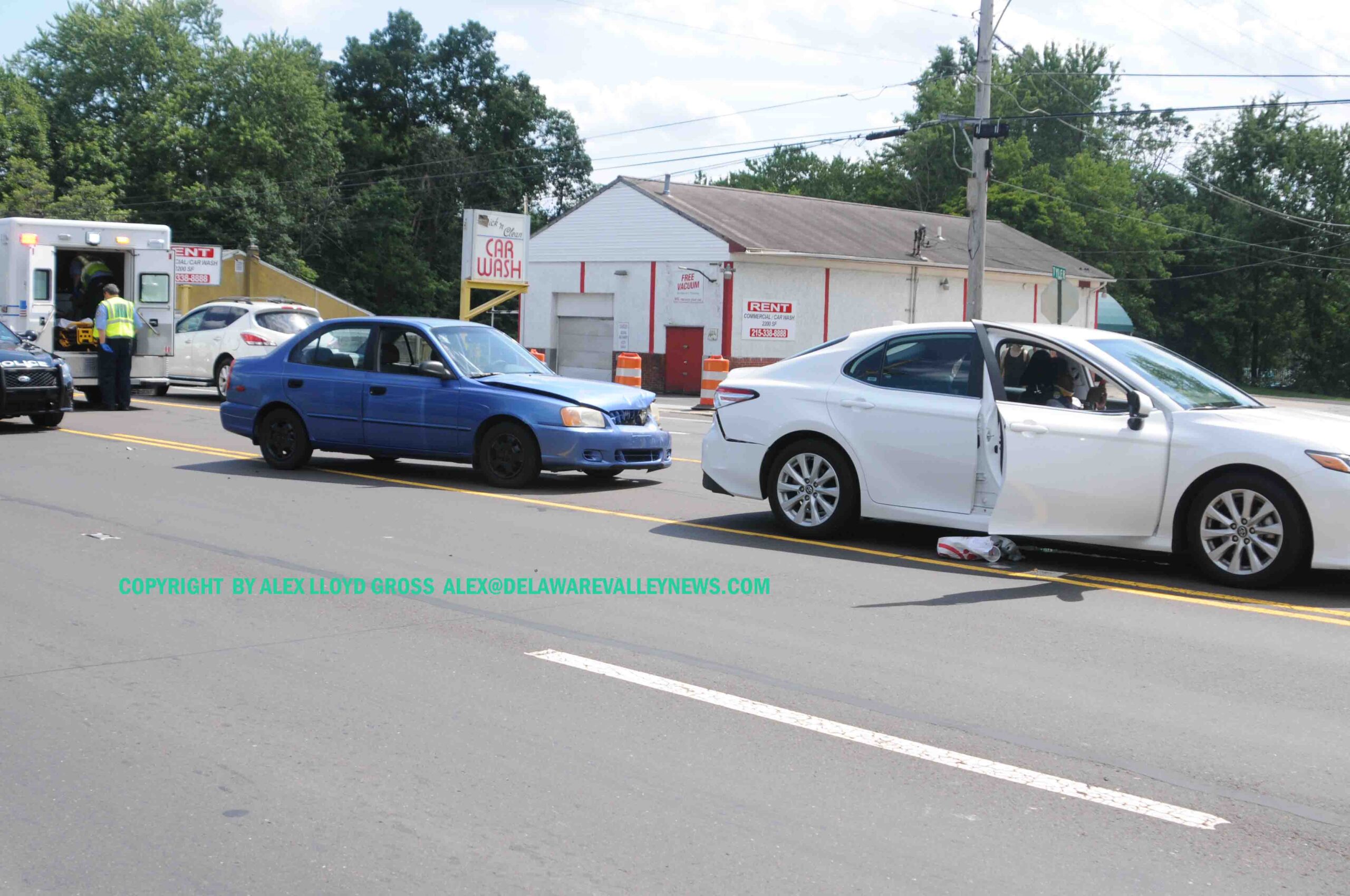 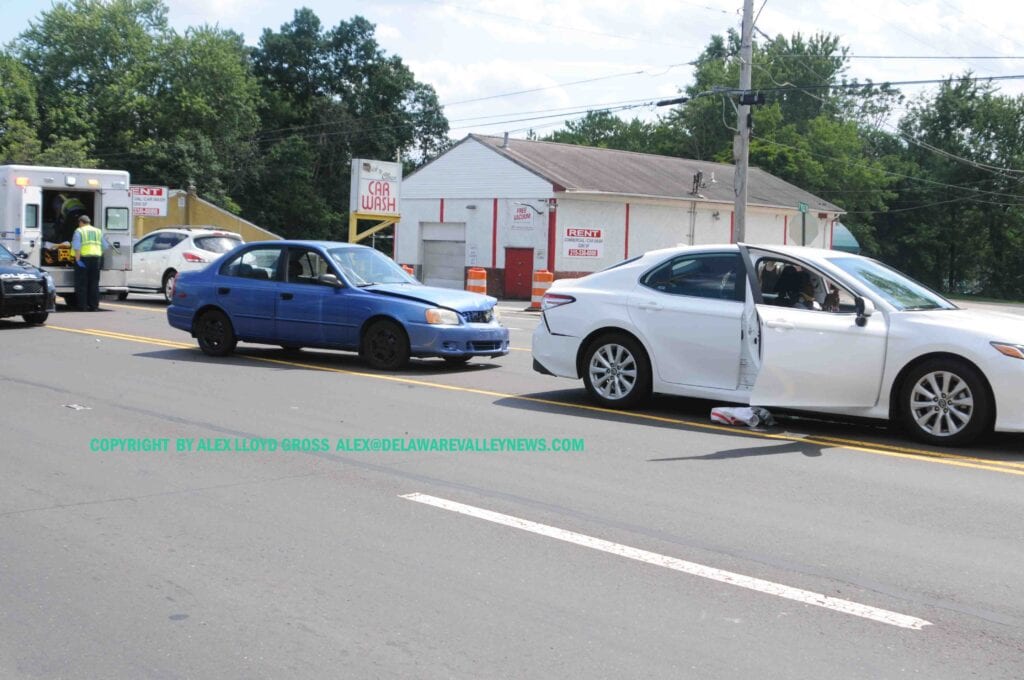 Alex Lloyd Gross Photo-Delaware Valley News.com A medic unit pulls up to the accident scene on the 1700 block of Street Rd.

None of the injuries was said to be serious. That is the good news, from  two rear end accidents that happened on Street Road within a quarter miles of each other at the same time.  The accidents affected both directions of travel .

The first crash happened when a Bensalem resident rear ended another car on the 1700 block of Street Road. Both vehicles were going west. One  vehicle was towed from the scene. Both drivers sustained a non life threatening injury, police said.  While waiting for tow trucks to clear the road,  a different, rear end crash happened just about where Street Road crosses over the expressway.  Two medic units were called to that crash as well. .

Traffic was backed up  due to medic units and other emergency vehicles that were tending to the scene.  That accident involved a car operated by a ride share service.  Both of those vehicles were able to be driven away on their own.