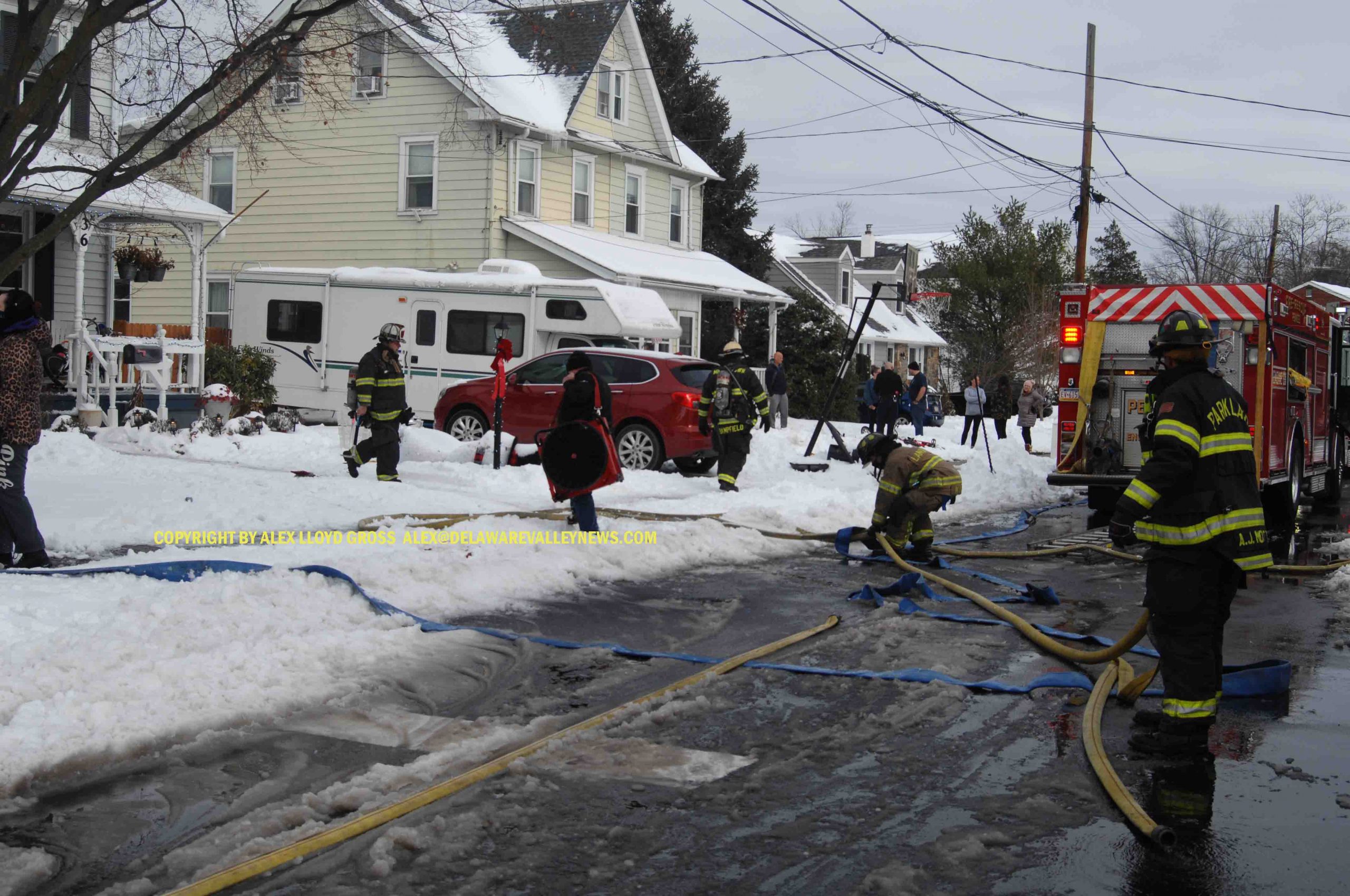 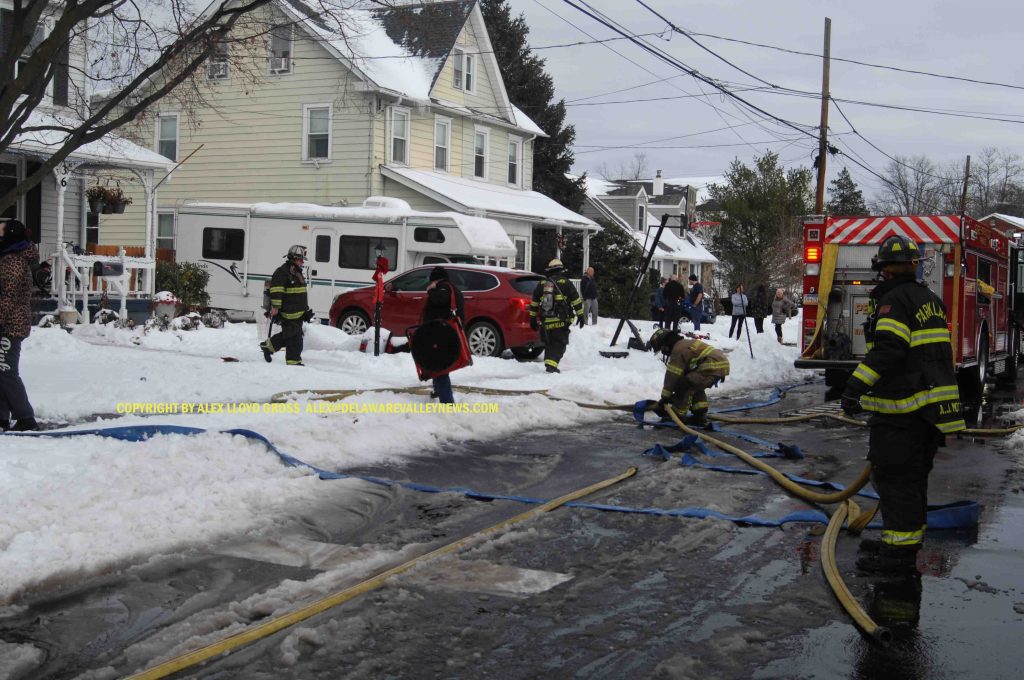 There were no injuries. That was the only silver lining in this house fire on Dehaven Avenue in Penndel Borough, Bucks County Pa.  The fire was contained to the basement.  As fire crews arrived, they discovered a smoke condition and called for additional manpower.  Crews from Bristol, Falls and Newtown were called. As soon as crews found the seat of the fire, the farthest crews were returned and did not respond in.

The fire, reported just after 12 Noon, December 17, 2020 caused serious damage to the basement of the property, and smoke damaged other floors.  A cause was not immediately available. Local streets were blocked by firetrucks and hire hose, which was stretched for over a block .