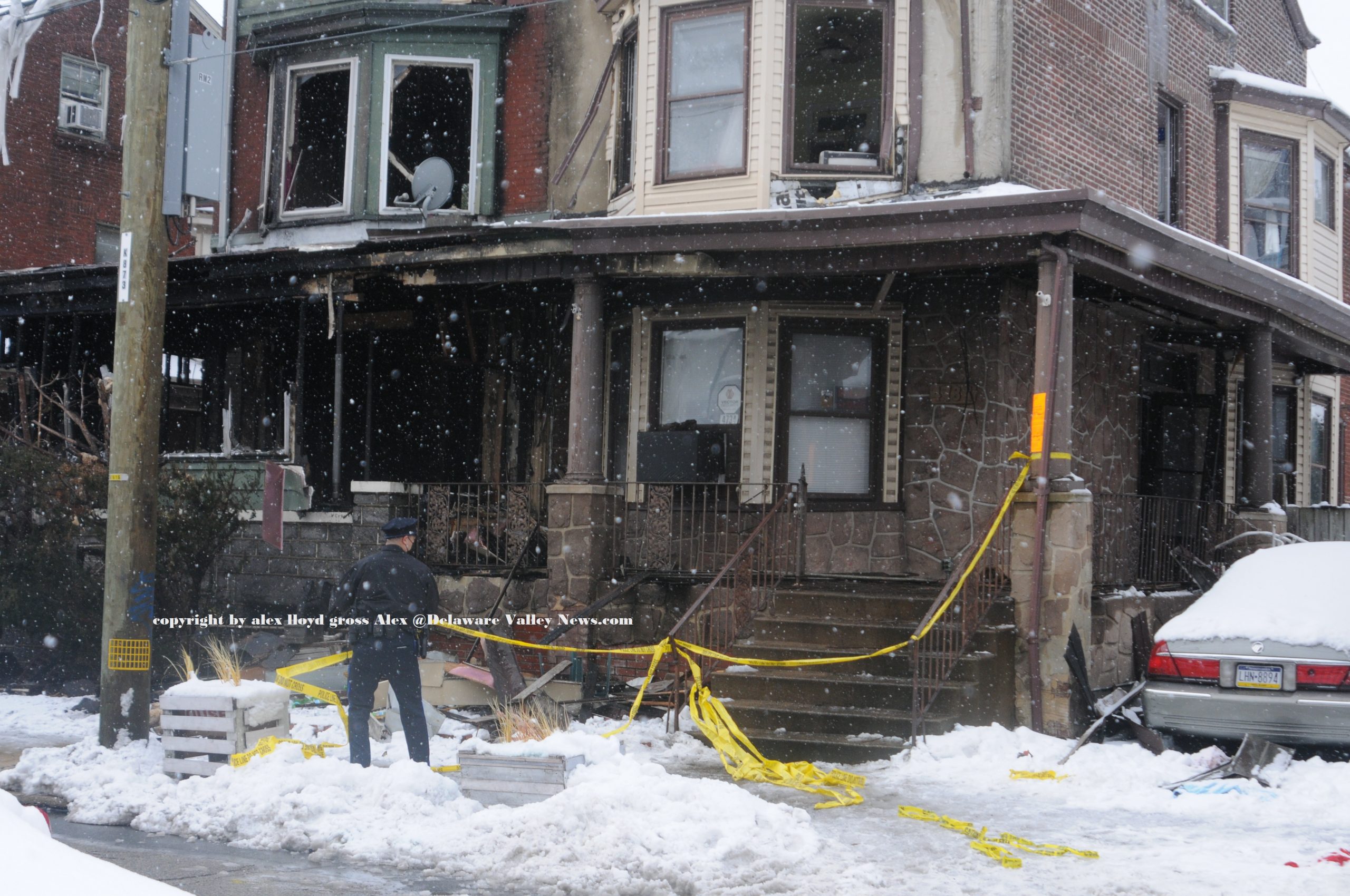 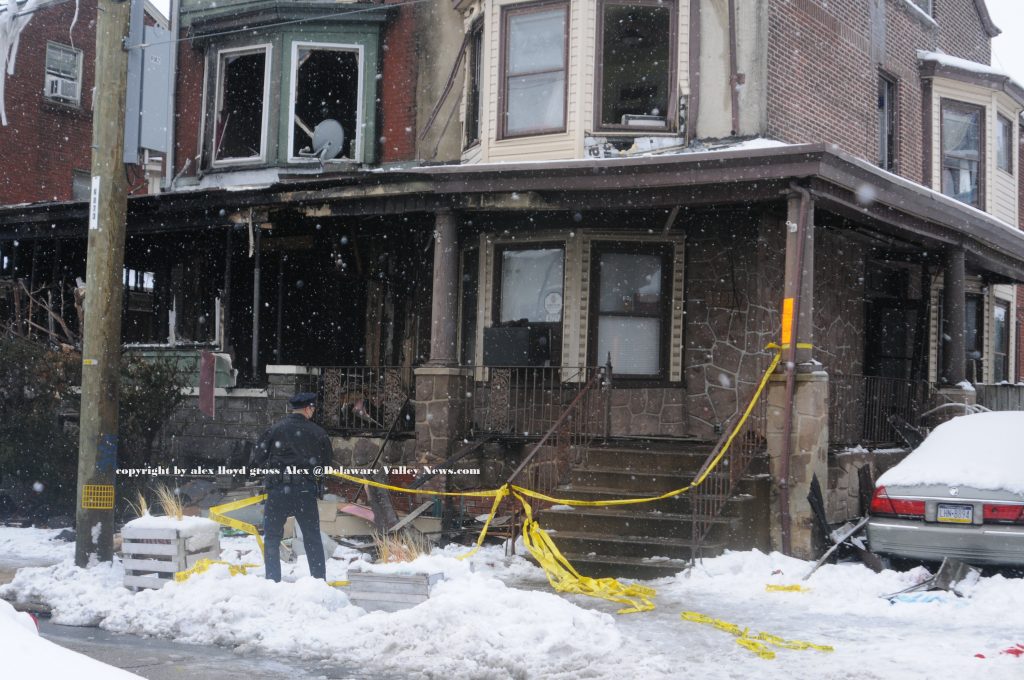 Firefighters responded to a dwelling fire earlier today, February 2, 2021 on the 4700 block of Oakmont St.  When they arrived, heavy smoke and fire was coming from a three story twin house. There were reports of people trapped.. A second alarm was struck and there was also a request for a SEPTA bus to keep firefighters and neighbors warm.

As the Fire Marshall was doing a walk through after the bulk of the fire was knocked down, the body of a person was discovered on the front porch. Firefighters were unable to determine the identity or even the sex of the person.  The body was transported to the Medical Examiners  office for an autopsy.  Multiple city agencies were on scene conducting an investigation  well into the afternoon.  The property has been condemned . A cause of the fire  has not yet been determined.