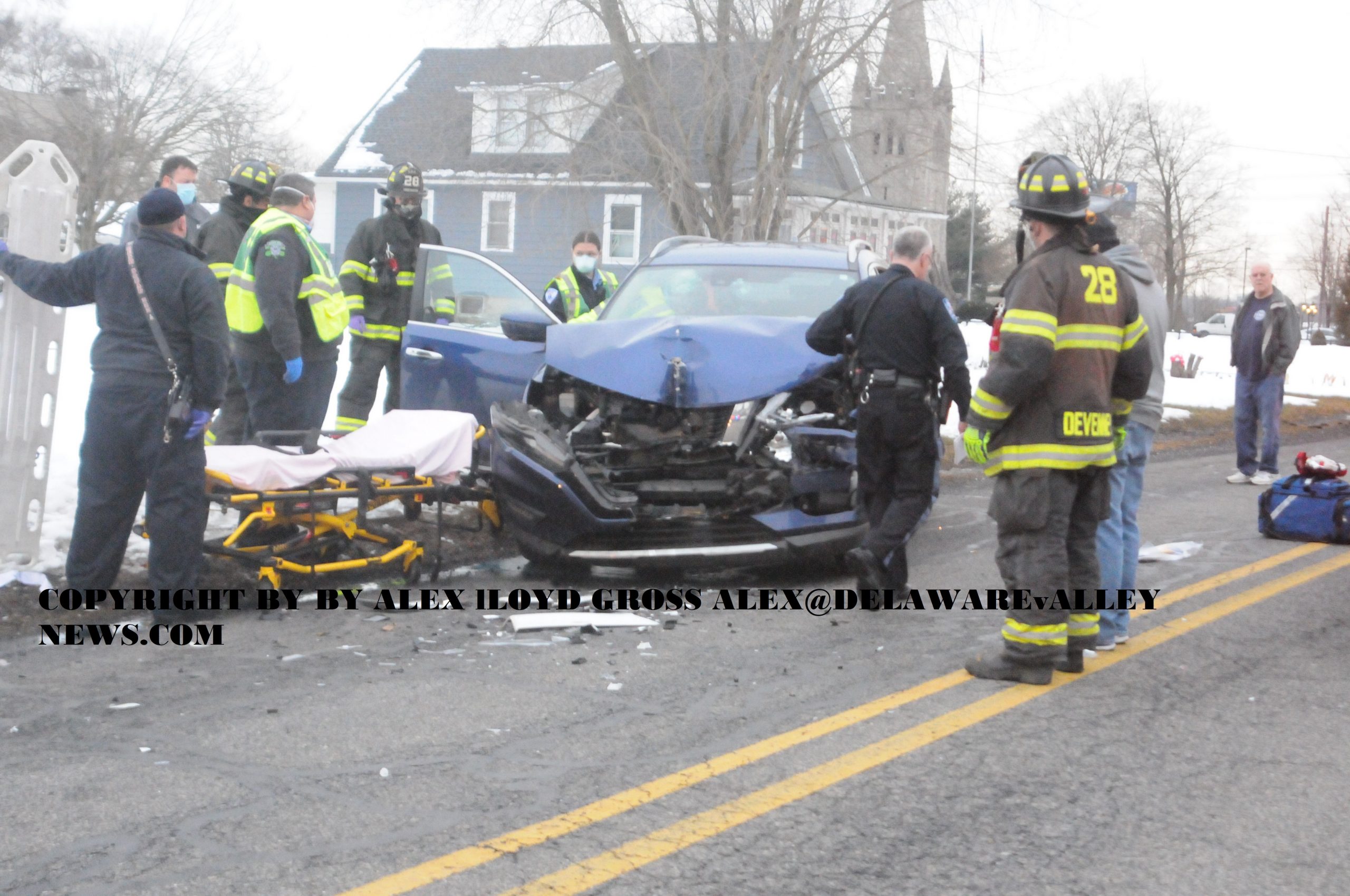 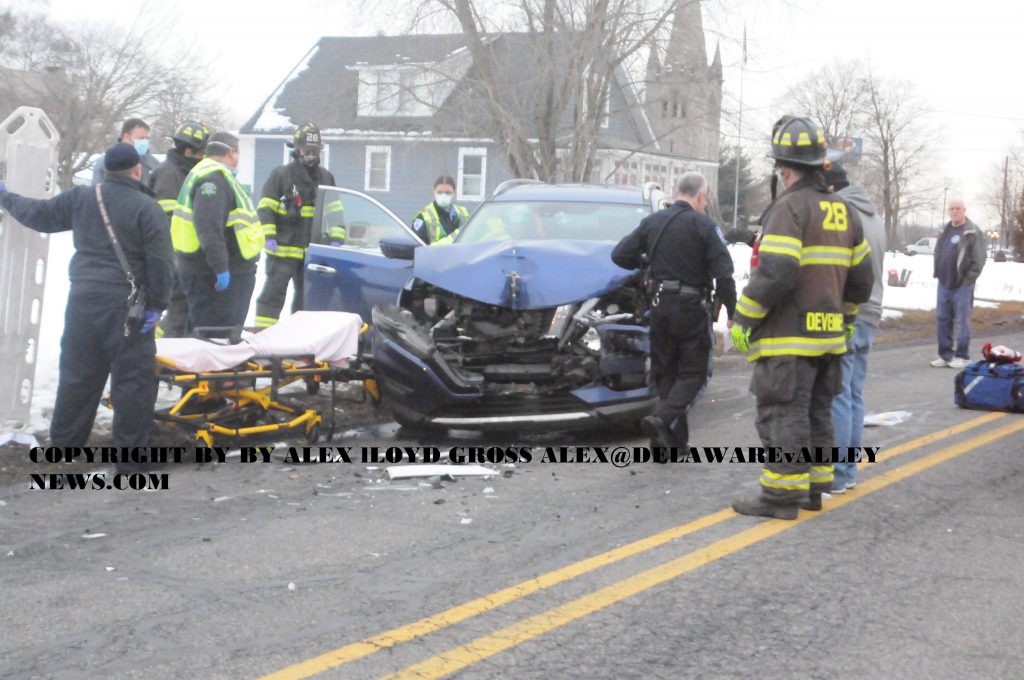 A two vehicle crash sent one male to the hospital with non life threatening injuries and caused traffic to be diverted near Route 13 and the Crespo Estates.. A male driving a plumbing van was west on Park Avenue when a car came up behind him and slammed into it.  A passenger in the car sustained injuries and was transported to a local hospital. The driver was treated at the scene.

The driver and passenger of the car were briefly trapped but freed quickly by fire personnel. Park Avenue was closed for about an hour until the road could be cleared of debris and tow trucks took the vehicles.  The crash happened February 15 2021 just after 4:15 PM.