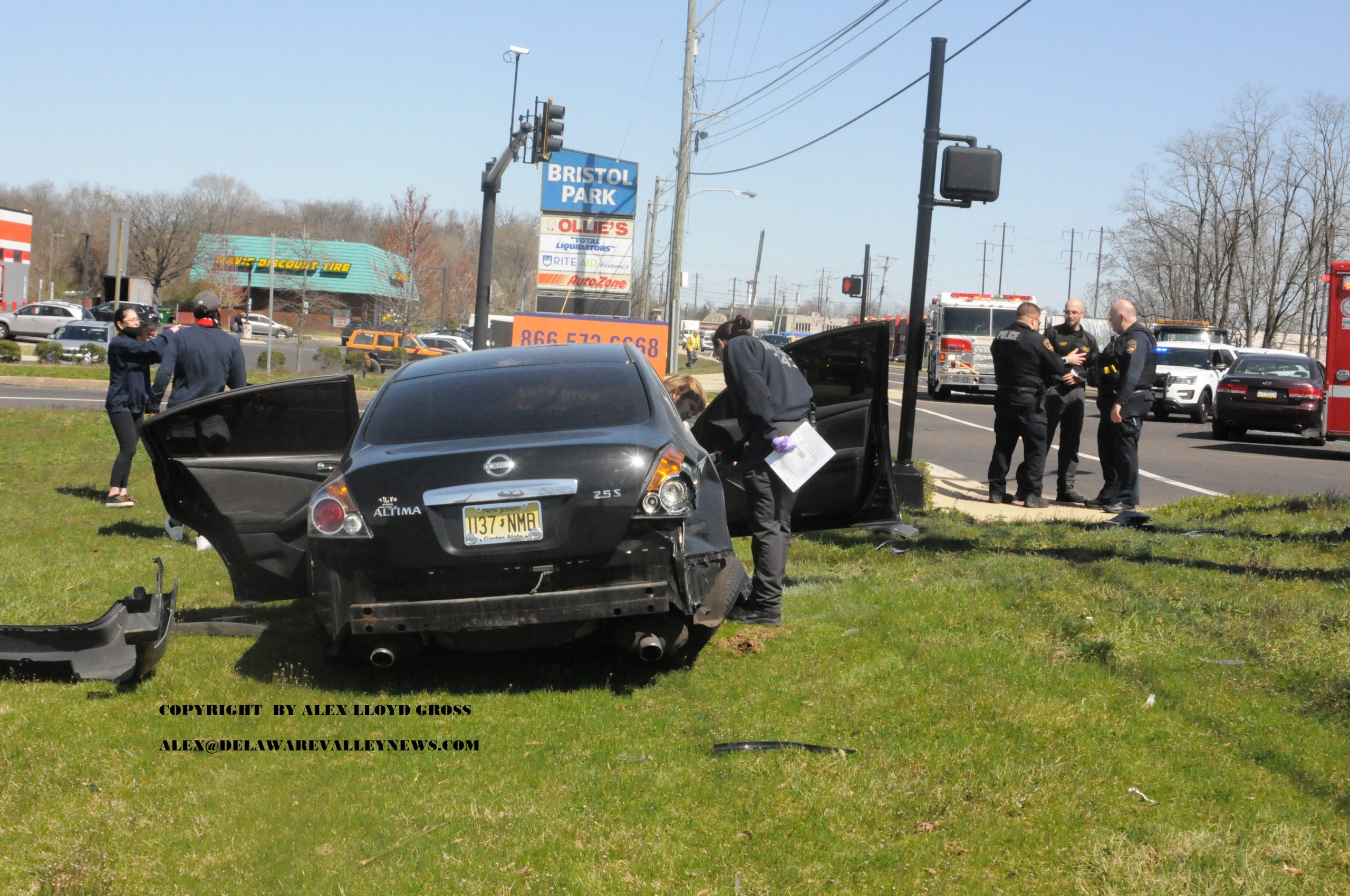 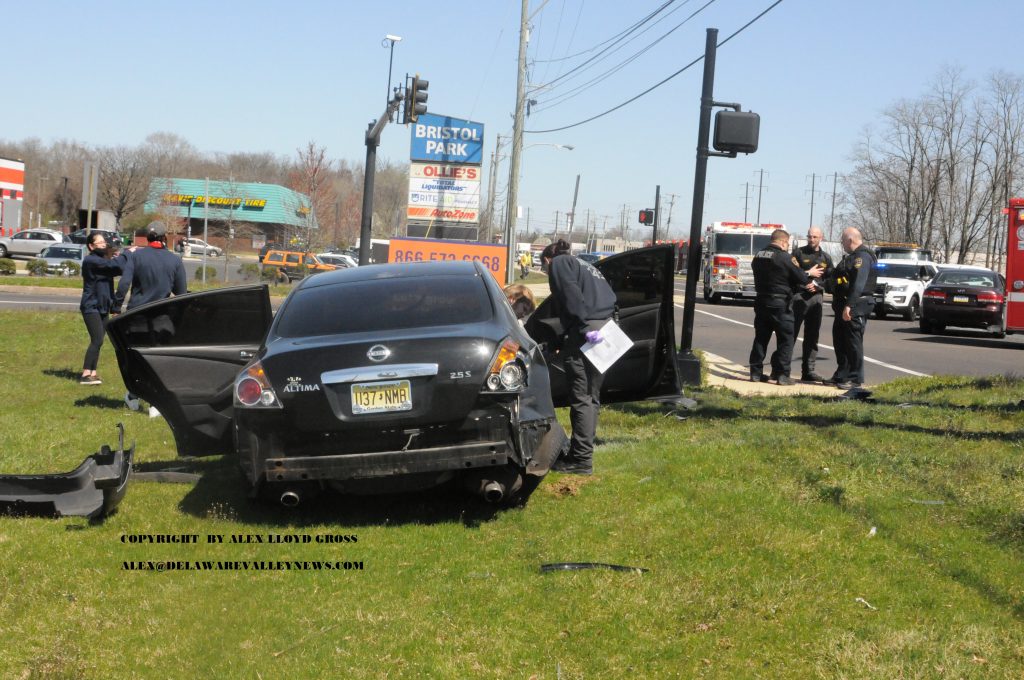 Alex Lloyd Gross Photo-Delaware Valley News.com Police at the scene of the crash speak with a witness.

Two people sustained an injury after a grinding three vehicle wreck  at Route 13 and Commerce Circle,  n Bristol Borough.  The wreck happened just before 2:00 PM on Monday, April 5 2021.  According to witnesses, a vehicle traveling north turned left and was struck by a southbound vehicle. The south bound vehicle wound up on the grass of a shopping center. The other two vehicles were in the intersection and were a priority to be moved by tow trucks.

None of the injuries was life threatening, police said. One male was transported to an area hospital  while the driver of the south bound vehicle said he would seek medical care on his own. The wreck was cleared by 2:30 PM. traffic through the shopping center was re routed  and south bound traffic was diverted  away from the crash scene.