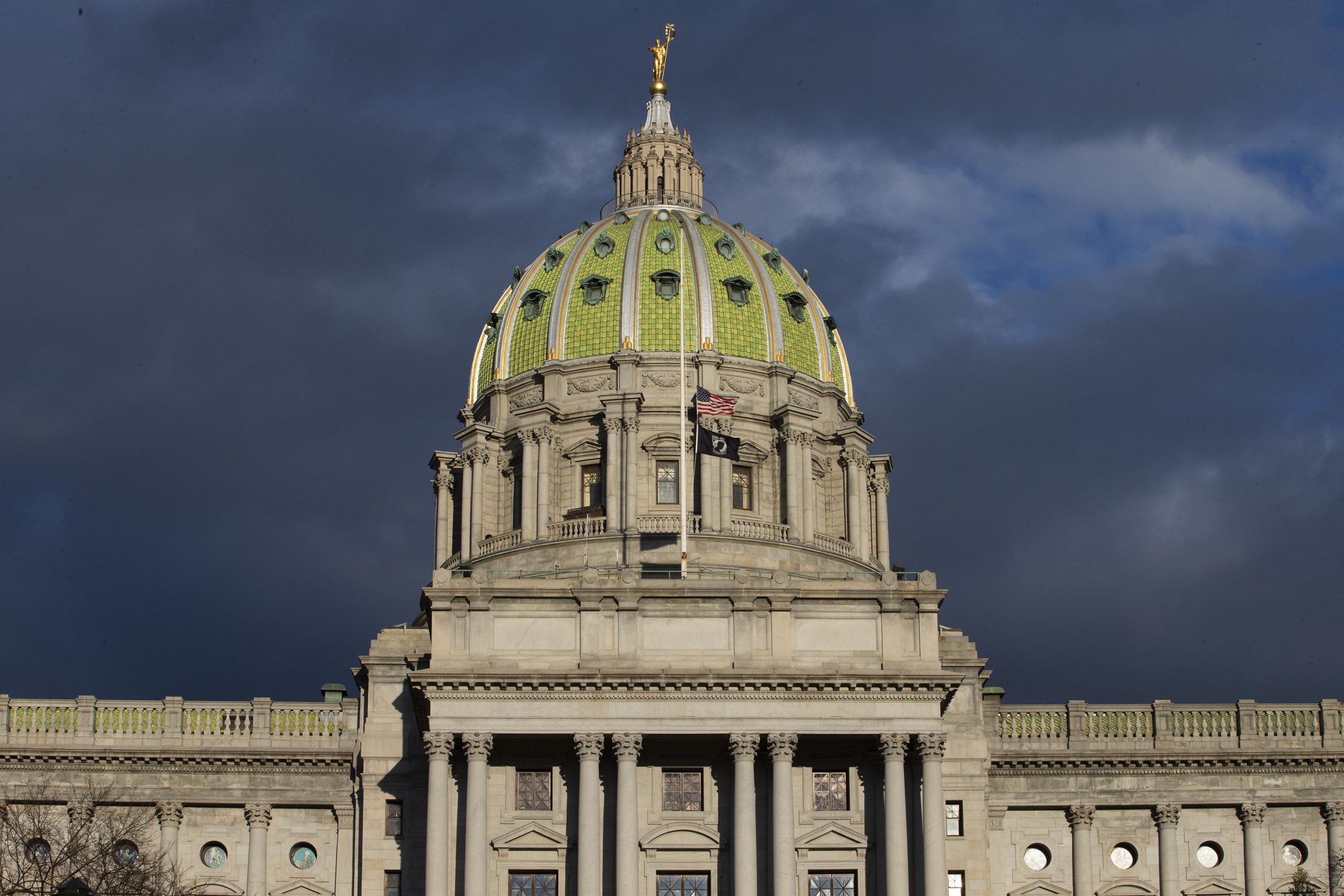 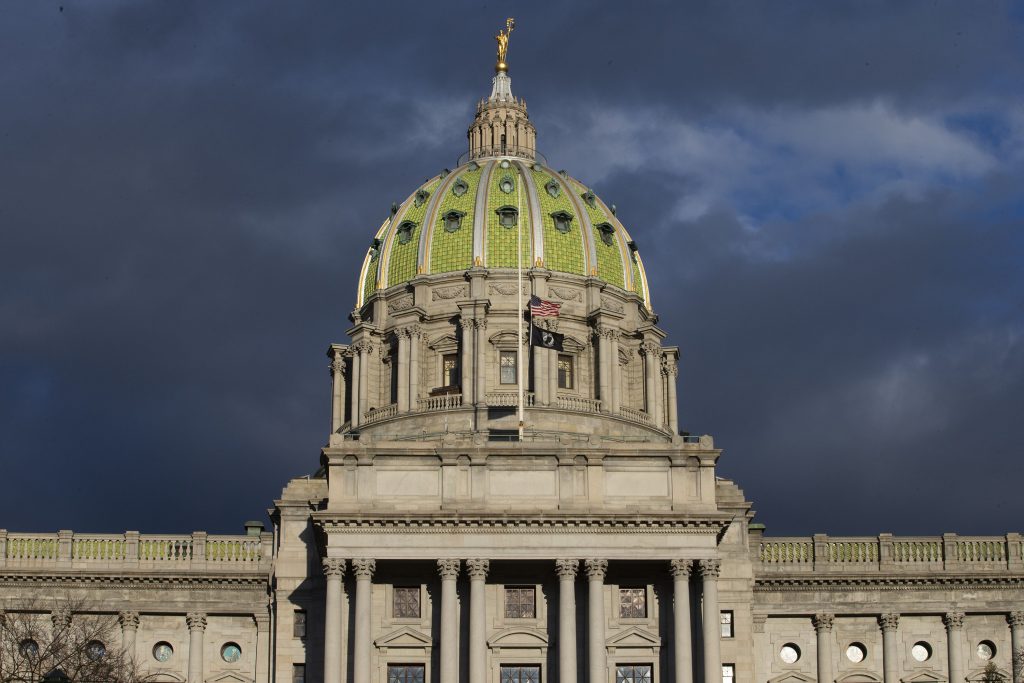 Spotlight PA is an independent, nonpartisan newsroom powered by The Philadelphia Inquirer in partnership with PennLive/The Patriot-News, TribLIVE/Pittsburgh Tribune-Review, and WITF Public Media. A version of this story originally appeared in our free weekly newsletter.

One by one, Pennsylvania’s neighbors are moving to legalize recreational cannabis for adults. There’s majority support for doing the same thing here: A March poll from Franklin & Marshall College showed 59% support among registered voters for legalization.

And after years of saying he wouldn’t endorse such a move, Gov. Tom Wolf changed his position in 2019 and has committed to signing a bill if it reaches his desk.

But in order for that to happen, the idea would need to gain backing among the Republican lawmakers who control both the state House and Senate.

House Speaker Bryan Cutler (R., Lancaster) opposed medical cannabis when it passed in 2016 and said in 2019 that legalization wasn’t the “right move in helping the thousands of Pennsylvanians who are battling drug addiction.”

More recently Cutler’s chief of staff told PennLive it wasn’t a priority, as the state continued to grapple with the coronavirus pandemic, while a spokesperson for House Majority Leader Kerry Benninghoff (R,., Centre) told the York Daily Record in February there isn’t support within the caucus.

Senate President Pro Tempore Jake Corman (R., Centre) in 2018 called the idea “reckless and irresponsible,” though last fall he signaled the chamber was open to vetting a proposal — but not at that time.

Democrats in the chamber, as they have in past sessions, are still pushing for legalization, but with one major difference this spring — a Republican sponsor.

That lawmaker is Sen. Dan Laughlin of Erie County. When asked by Spotlight PA why he thinks Pennsylvania hasn’t moved toward legalization, he said many of his colleagues represent districts that don’t support recreational cannabis.

“So, you know, I don’t hold it against any fellow Republicans for not wanting to just jump out of the gate and co-sponsor the bill, because, for the most part, I think they’re trying to represent their districts,” Laughlin said.

A report based on observations and anecdotes from Lt. Gov. John Fetterman’s 2019 listening tour of Pennsylvania’s 67 counties found that people were concerned about “an increase of people driving under the influence.” One working paper by a group of economists found that fatal crashes involving a driver who tested positive for THC had increased nationwide but did not appear to be related to legalization.

People, according to Fetterman’s report, were also concerned about “cannabis acting as a ‘gateway’ drug.” That’s a long-standing anxiety and complex topic. While some people who use cannabis may also use other drugs, there isn’t definitive proof that cannabis is the cause.

The issue is simple to Tsehaitu Abye, a cannabis entrepreneur and founder of Philadelphia’s Black Dragon Breakfast Club, a cannabis marketing firm: Once the financial scales tip in favor of legalization — rather than the industries that oppose it — it will happen.

Laughlin said revenue is at the “bottom of my list” of good reasons to support legalization, but there is a significant amount of money at stake: up to $581 million a year in revenue, per a 2018 auditor general report, though the conservative Commonwealth Foundation believes $120 million is a “more realistic” estimate.

Even more important is the issue of equity. In Pennsylvania, Black people represented 32% of cannabis-related arrests in 2020, but make up just 12% of the state’s population, research from the pro-cannabis group NORML shows.

“But we also need way more public advocacy particularly from Black and brown-led organizations that need to lead all conversations around equity, access, and reparations as it pertains to legalizing the plant and ensuring tax revenues are earmarked and directly invested in communities that have been directly harmed by over-policing, divestment, and poverty,” Chappell said by email.

“The legislature must move beyond the dollar sign and toward reconciliation and harm that has long burdened Black and brown communities.”

Laughlin said his bill, which he co-introduced with Sen. Sharif Street (D., Philadelphia), was written with equity in mind.

“We took great pains to make sure that small entrepreneurs can become involved in growing, processing, and distributing,” he said. “A lot of it is aimed at helping communities of color, folks that have been disproportionately harmed by the war on drugs, to be able to get into this business.”

At the moment, the bill is awaiting a committee assignment. Once that happens, Laughlin said he and Street plan to hold public hearings. He emphasized that “public sentiment” is ultimately the reason why proposals become unstuck in the legislature.

Abye said she founded a public-facing cannabis business to serve as a trusted messenger and sounding board for people’s concerns, as well as to challenge perceptions.

“We need more voices,” she said.