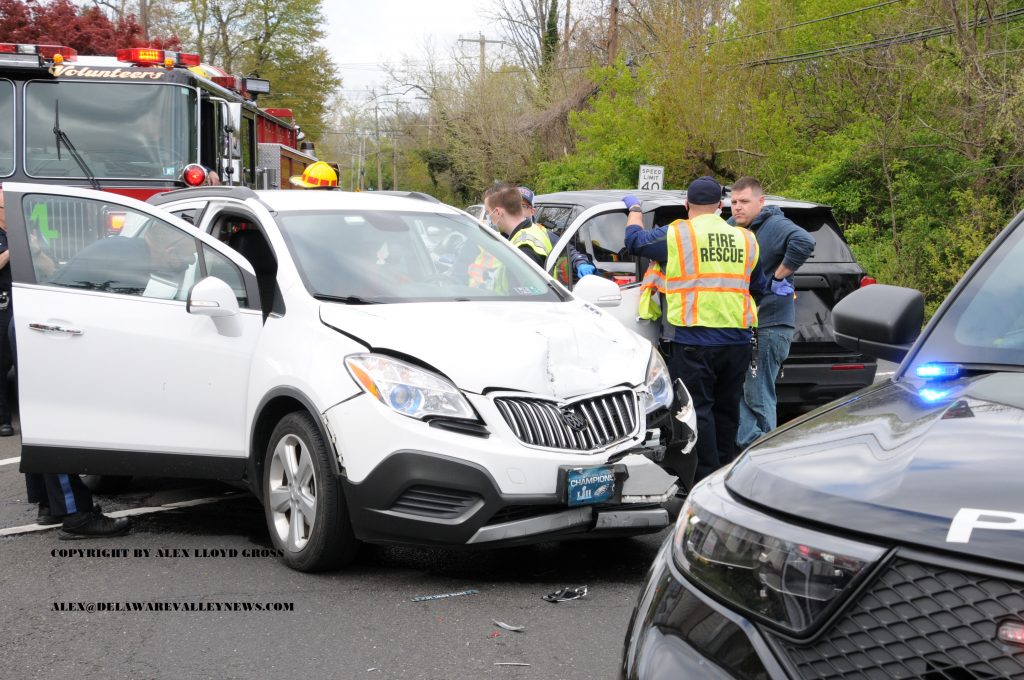 Two people were injured in an accident that happened just in time to tie up rush hour traffic in Bensalem, on April 22, 2021  The wreck happened when an SUV operated by a Bensalem woman  struck another car in the rear as it was stopped for a light, pushing it across the intersection.  The location of the crash was Bensalem Boulevard and Bridge Street, which is a thoroughfare into Bristol Township . Both vehicles were traveling towards Rt. 13 when the crash happened.

None of the injuries was considered life threatening, police said.  The wreck happened at about 4:15 PM and was cleared by tow trucks about an hour later. Two medic units were called to the scene. One of the injured was a Levittown resident who was in her 80’s, authorities said. 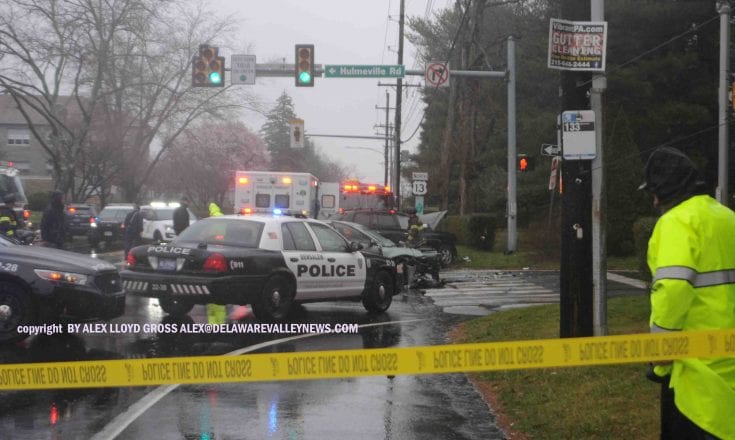