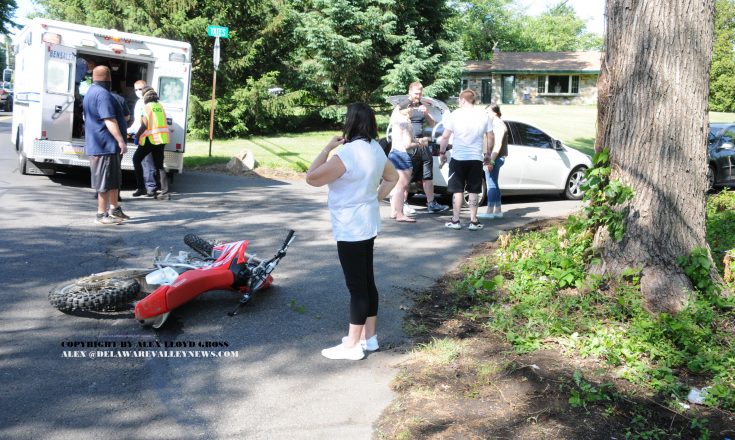 by Alex Lloyd Gross One male, is injured after an illegal dirt bike he was riding slammed into a car making a turn from Bensalem Boulevard onto Yates Rd today, shortly after 4;00 PM. According to witnesses, the bike was riding in a reckless manner and had no tag on it. Because it was not