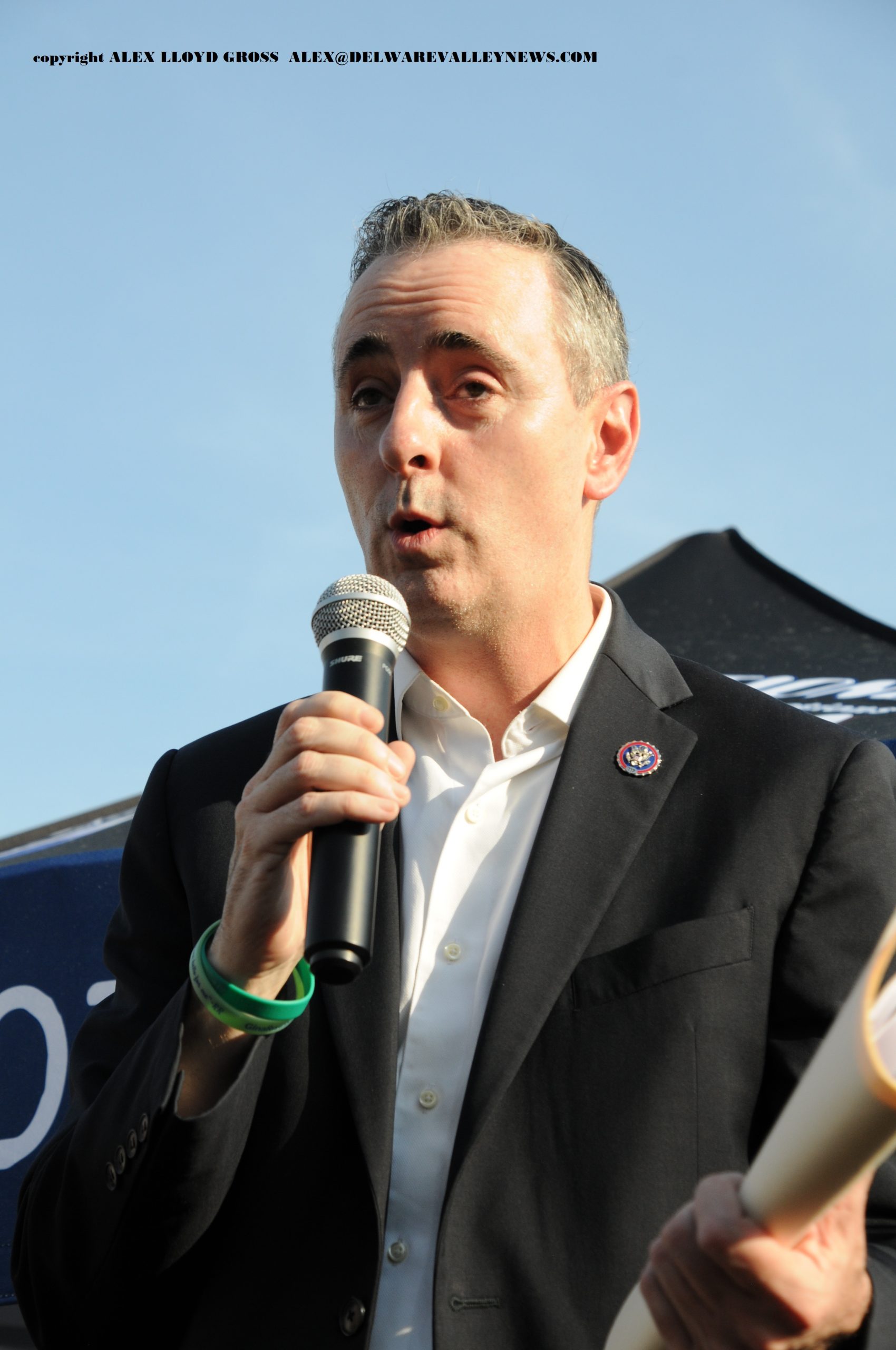 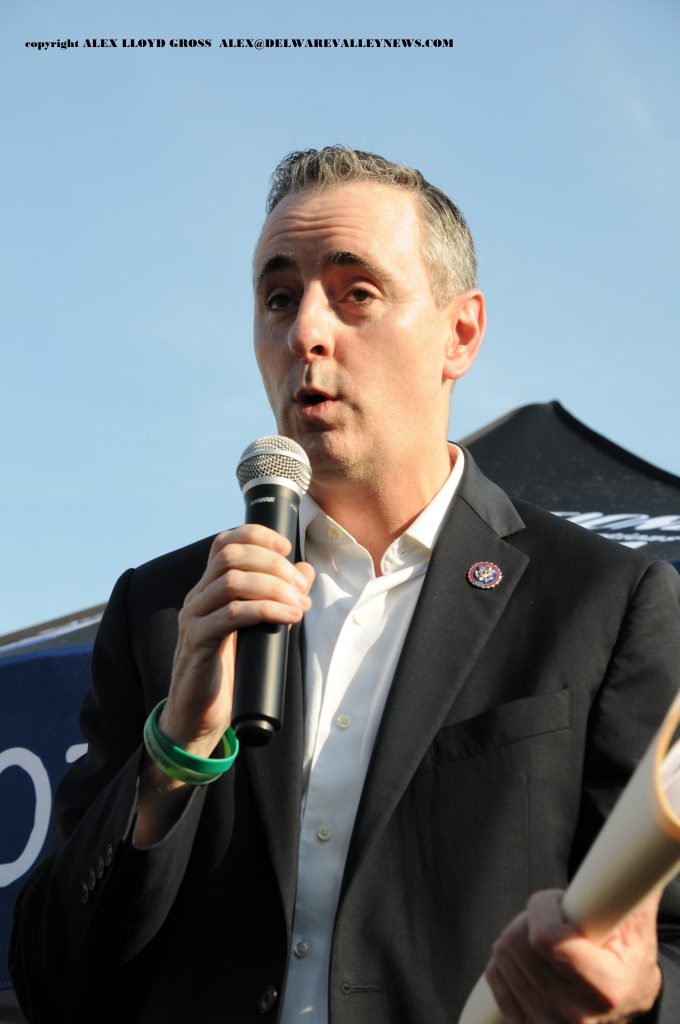 “We are at a crossroads with regard to infrastructure and climate change,” said Rep. Fitzpatrick. “This Congress has the unique opportunity to come together to forge bipartisan consensus on both of these critical issues. Legislative action taken—or not taken— by this Congress on these issues will be felt for generations. With the American public overwhelmingly seeking fixes to our crumbling roads and bridges while searching for solutions to mitigate the dangerous effects of climate change. Our bipartisan bill is a dynamic solution that seeks to tackle both problems and provides a practical way to pay for infrastructure investment. It doesn’t have to be a tough choice.”

“Climate change demands our immediate attention and the Market Choice Act is a crucial way to move the ball forward while enhancing our crumbling infrastructure,” said Rep. Carbajal. “Not only will this bill tackle greenhouse gas emissions, it also builds funds for sustainable infrastructure and creates economic opportunities for communities – like mine on the Central Coast – that are moving toward renewable energy. This bill is a smart solution to a significant challenge and I’m proud to join my colleagues on both sides of the aisle in reintroducing it.”

“Congressmen Fitzpatrick and Carbajal have delivered the ideal solution to meet the needs and priorities of the American people at this political moment,” said Former Congressman Carlos Curbelo. “The MARKET CHOICE Act will create thousands of jobs and opportunities for American workers by rebuilding our country’s infrastructure while empowering American consumers to accelerate the transition to clean energy and holding foreign polluters accountable. This legislation is bold, bipartisan, fiscally responsible, and puts the American people first.”

“The Market Choice Act provides a rare opportunity to both invest in the infrastructure necessary to support and grow our economy and ensure actual, measurable reductions in carbon pollution,” said Jason Albritton, Director of Climate and Energy Policy, The Nature Conservancy. “This is an important contribution to the discussion on how to reach the emissions goals science says we need. We are grateful for Rep. Fitzpatrick and Rep. Carbajal’s leadership and commitment to these important issues.”

“Rep. Brian Fitzpatrick’s Market Choice Act provides an important contribution to the conversation on addressing the climate crisis,” said Representatives of the Friends Committee on National Legislation. “FCNL has long believed that carbon pricing represents an effective, market-based solution to address the true costs of fossil fuel production and reduce greenhouse gas emissions. FCNL is pleased to see that the bill includes a course correction mechanism if emissions reductions goals aren’t met and a carbon border adjustment, both of which strengthen the effectiveness of the bill. In addition to funding for critical infrastructure, FCNL welcomes the investments in low-income households, climate mitigation and adaptation, and support for displaced energy workers. Congress has a moral obligation to address the climate crisis through meaningful bipartisan solutions, and we look forward to working with all members of Congress to pass legislation that will reduce greenhouse gas emissions and support impacted communities.”

“The reintroduction of the Market Choice Act by Congressmen Fitzpatrick and Carbajal shows a continued commitment to solving today’s critical problems,” said Joseph Majkut, Director of Climate Policy at the Niskanen Center. “The Market Choice Act offers solutions not just for deep decarbonization,but addresses our long neglected infrastructure needs. With proposals being pushed from nearly every chamber and party, the Market Choice Act is the only one that will invest in a low-carbon economy with the kind of carbon price that can win wide and lasting support. The Niskanen Center congratulates the sponsors and encourages their colleagues to seriously consider how much this legislation offers today’s Congress.”

“Congressmen Brian Fitzpatrick and Salud Carbajal are serious, thoughtful policymakers who are committed to addressing issues affecting Americans today,” said Alliance for Market Solutions Executive Director Alex Flint. “If we are going to get a deal on infrastructure legislation, it will almost certainly include innovative policy proposals like the MARKET CHOICE Act.”

“Putting a price on carbon is the single most powerful tool for unleashing clean energy innovation across the economy and positioning the United States to be the world leader in developing low-carbon technologies,” said Climate Leadership Council CEO Greg Bertelsen. “Momentum is building on both sides of the aisle for this commonsense and effective policy, and the Climate Leadership Council looks forward to doing its part to advance a market-based solution that is pro-environment, pro-economy and pro- American family.”

“Congressman Brian Fitzpatrick has recognized the problem of climate change and has proposed an effective solution: a well-structured carbon tax that meets our pollution reduction commitments under the Paris Climate Accord, ” said The Rev. Mitchell C. Hescox, President and CEO of the Evangelical Environmental Network. “With his leadership as the lead sponsor, Congressman Fitzpatrick has shown that he is a true conservative and patriot. We are honored to support his leadership.”

“We applaud Rep. Fitzpatrick and Rep. Carbajal for reaching across the aisle and working together to introduce the Market Choice Act and look forward to working with them and their bill co-sponsors and colleagues in Congress to advance ambitious federal climate policy that includes an economy-wide price on carbon this year,” said Representatives of the CEO Climate Dialogue.

“The reintroduction of the bipartisan Market Choice Act is a hopeful sign for climate action this Congress,“ said Michael Obeiter, Senior Director of Federal Climate Strategy. “Reps. Fitzpatrick and Carbajal acknowledge that time is not on our side in the fight against climate change. In combination with targeted incentives and regulations—and as a way to help offset the cost of investing in clean energy and clean transportation infrastructure—the Market Choice Act can be an important part of how the U.S. starts down the path to reaching net-zero greenhouse gas emissions by mid-century.”