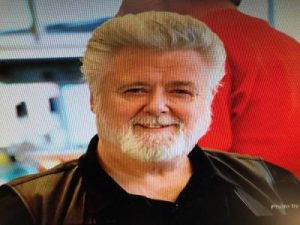 Dear Friends,
Have you been binge watching old TV shows during the COVID19 shut down? We, my wife and I, have, especially the shows from the 50’s. One of our favorites is “Leave It To Beaver”, Hugh Beaumont, Barbara Billingsley, Tony Dow, and Jerry Mathers as the Beaver. The show would start with the theme song “The Toy Parade” and we sat, then and now, to see what Wally and the Beaver and their friends would be dealing with this week. Discussing these shows, plus “Father Knows Best” – “Ozzie and Harriet” – “The Donna Reed Show” with friends we have heard many comments ranging from; “I loved Wally he was so cute” “My brothers did the same thing” to “Growing up like that never happened, they were too perfect.” “Ward never lost his temper” and “June never cried.” Wally and the Beaver never got spanked, and things always worked out so well without counseling or the police being called, with the exception of the fire department getting Beaver out of a large coffee cup on a billboard or the ranger helping to find Eddie on a camping trip. “They were just too perfect!” Were these shows a true depiction of the times? Did TV depict life at that time creating a time capsule to revisit that particular era?

Somewhere between then and now our world has gone through a lot; rebellion via music, haircuts, clothing, drugs, peace and free love, wars, communes and cults. Sit ins and marches, and open disagreement with and disrespect for authority. New TV shows depicting dysfunctional families, tougher cops, storylines depicting government cover ups, agency dealings and graphic language and depiction of drug violence. Children who no longer break a window with a homemade slingshot, use dad’s tools and break one, run out of gas in dad’s car and try to hide the fact that they had driven out to the lake when they were supposed to be at a school function, or changed a grade on a “hand written” report card. Now they have drug paraphernalia, a gun, run with a gang, protest violently, and show no respect for authority on the street or at home.

So, were the old shows unrealistic? Were they accurate depictions of things young people experienced as they grew up? Were the parents honestly portrayed or was there a message in these shows, one that we perhaps didn’t pay enough attention to? Did parents involved in their children’s lives not work? Was eating meals together and discussing the events of the day becoming invasive? What about a clean home or landscaped yards, painted houses, curfews, chores, homework, home cooked meals, and no latch key children and a message of responsibility and earned independence, did these things fail? My parents were not June and Ward but my father worked and was home for dinner every day, my mother was home cleaning the house, making the beds, doing laundry, and making dinner for us to sit down and eat as a family. Somehow these things were replaced with two income families, a demand to provide our children with the things they “need” for status, and a lifestyle that demands more work and less family time. Perhaps these shows were realistic looks at life with a realistic way of handling life.
There are three books that depict life all with the same message, “Do to others the things you would want done to you.” OK each book says it in its own way but the message is the same, perhaps you have heard of or even read one of these books; the Koran, the Torah, the Bible.
Reply Reply All Forward