A stolen vehicle with a nine month old infant inside was stolen last night, September 8,2021 as the vehicle was at Cottman and Horrocks Streets. This happened at 9:53 PM. While police did say,  if the keys were in the car or if the vehicle was left running and unattended.  A black male was last observed getting into the car and driving south on Horrocks Street. 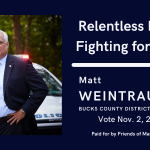 Frantic calls were made to police and a city wide search was undertaken.  The vehicle was recovered, along with the infant unharmed, at Adams Avenue and Tabor Road shortly after 10:30 PM. Police are searching for securi9ty camera footage and they have impounded the vehicle for fingerprints. No arrests have been made.