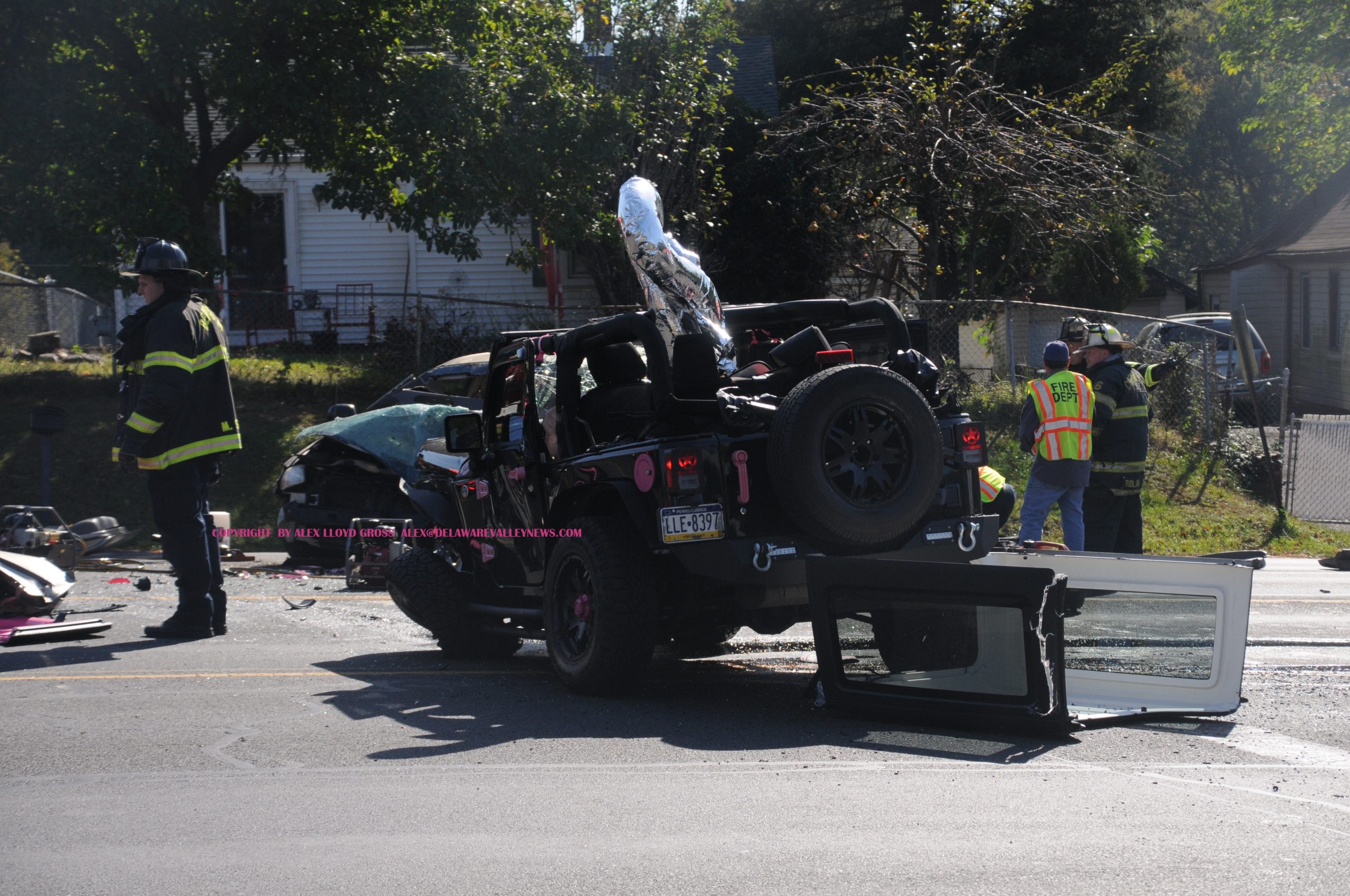 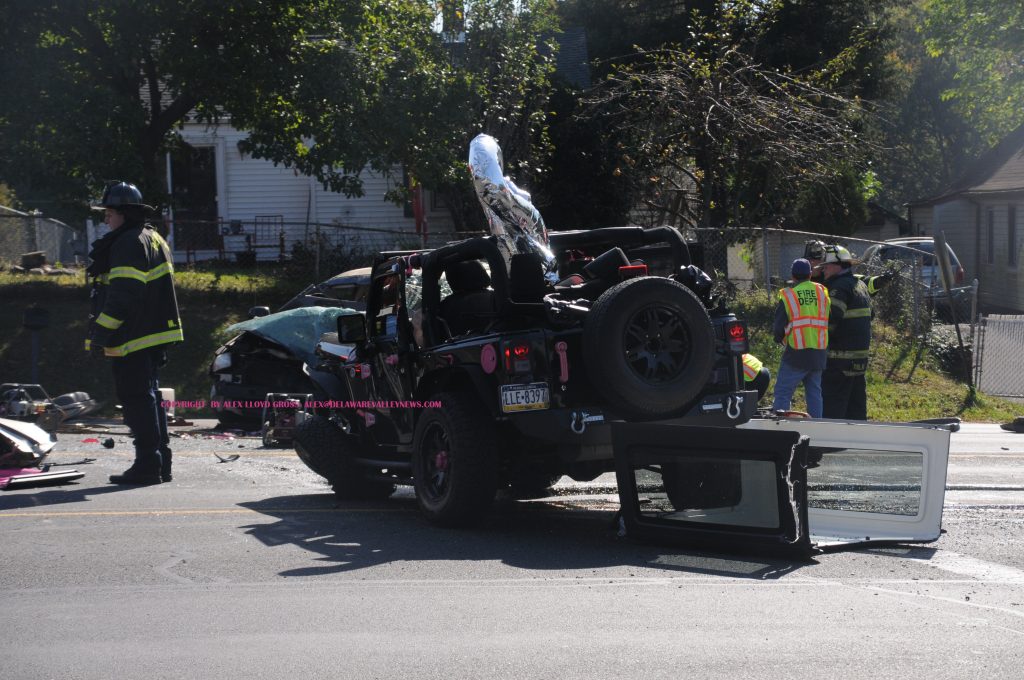 A grinding two vehicle accident on the 2500 block of Knights Road has sent multiple people to Jefferson Torresdale Hospital in critical condition. The crash happened just before 11:00 AM today, October 21 2021 when a Jeep was traveling south on Knights Road swerved to the left to avoid a car coming out of Creekside Apartments. The car that was exiting the apartments appeared to stop then advance onto Knights Road a bit.  It was not clear to enter the road, as the Jeep was traveling south. The driver of the Jeep made an evasive maneuver and slammed into a minivan that was north. head on.

There were at least three people transported from the wreck in critical condition. Police said no other vehicles were involved. Life saving procedures were preformed on the driver of the minivan. before she was transported by medics. The scene was being treated like a fatal which is standard procedure for a serious crash. No charges have been filed pending the outcome of the investigation, police said.

Both north and south bound directions  on Knights Rd from Creekside the the city limits. Motorists coming from Parkwood, in Philadelphia  should use Dunksferry Road to get around. for the next few hours.