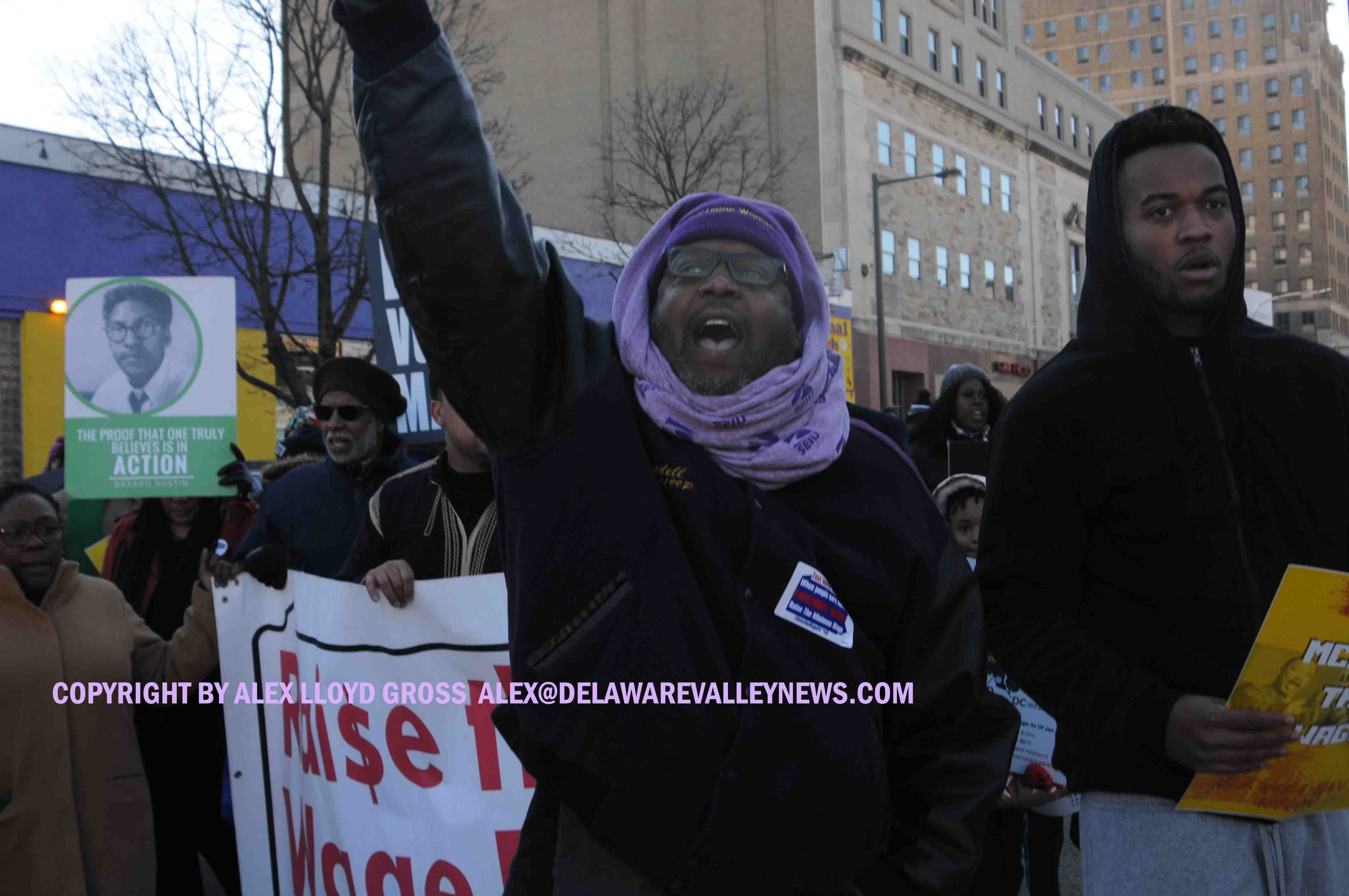 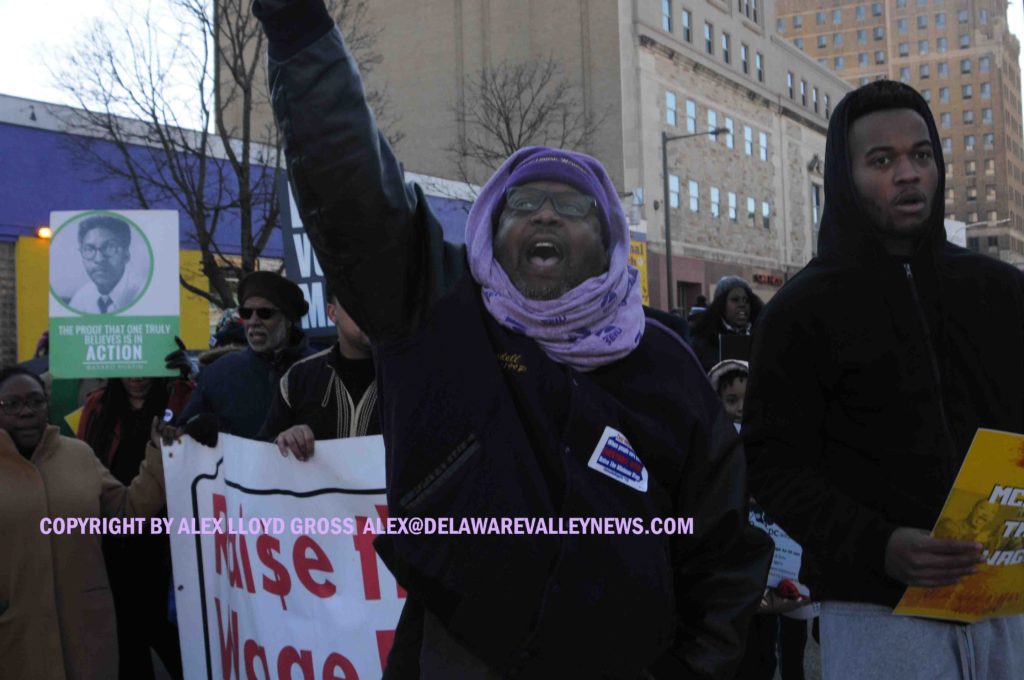 Hundreds of people were late for appointments today, January 20, 2020. The reason they were late can be placed squarely on Speaker Of the House Mike Turzai and  Rep Jim Cox who have done nothing to raise the state minimum wage past $7.25/hr. They have had opportunities and they squandered it. So today, about 300 people who were fed up took to Germantown Avenue to march to McDonalds on Chelten Avenue, as they essentially shut down the business for about 45 minutes. They shut down the streets too. 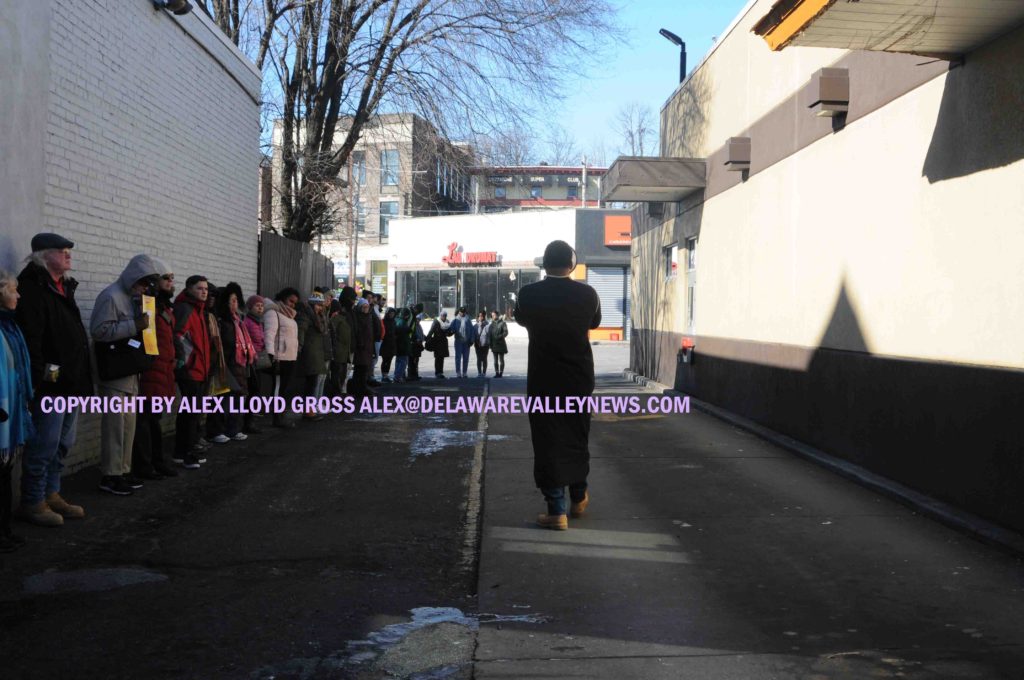 Many others simply showed up on their own, like Wanda, who works two jobs and gets paid $8.50/hr.  She has a hard time putting food on the table.

Some of the marchers work for $8.00/hr and some came from outside the area, who stood in solidarity with those that chose to march. Others were with Power,  a local advocacy group or Raise the Wage Coalition.  On MLK Day, it is customary  to work in your community, as you volunteer to help people.  That is what this was about. Past rallies to raise the minimum wage had maybe 125 people show up. The crowd today was double that. Inside  Uncle Bobbie’s Coffee and Books on Germantown Ave,  State Senator Art Haywood and State Rep Chris Rabb spoke about how the minimum wage needs to go up.

“This will help minorities and people of color. It will help women and everyone,”  he said. The crowd spilled from the small room onto Germantown Ave. This is was largest crowd yet and it was growing. As more people arrived,  Rep. Rabb said “We’re taking the street”.  With that, about 300 fed up workers marched to McDonalds where they shamed the owner, Derek Giacomantonio for paying what they call poverty wages of $8.25/hr or less.

The protest was not about one business, but rather the arrogance of the Pa. House leadership, as evidenced here and here. Basically, they vote themselves a Cost of Living Adjustment because $89,000 is difficult to live on, yet take money from lobby groups to not raise the pay for the states lowest paid workers, who are forced to live on less than $15,000 a year.

At one point, the 300 plus protesters joined hands and encircled the McDonalds. While potential customers could enter, none did. which closed the business for the duration of the protest.  “I tried to speak with the owner and he said business was too bad to raise wages,” Haywood said.  “That’s cause nobody can afford to go in there”, said an attendee  of the rally. The owners were also invited to speak to the community but declined to do so, Haywood said. 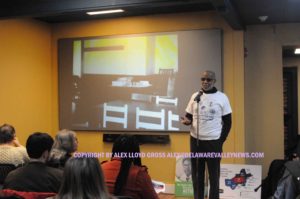 “When my grandfather was growing up, it was illegal for a black person to go to school beyond the 10th grade because the legislature down south did not think black people had the capacity to go farther in school, so he moved. He’s been causing trouble, and that’s what I’m doing. Causing trouble in the house, on the streets,” Rabb said. As the restaurant sat with no new customers going inside, financial trouble was caused to the owner, who had to dig into his profits to pay the shift for the hour with no customers. Rabb said he hopes people will cause trouble for Cox and fellow republicans in November, which is less than 10 months away.

GAO Reports Many Workers At Large Corporations Are On Public Assistance 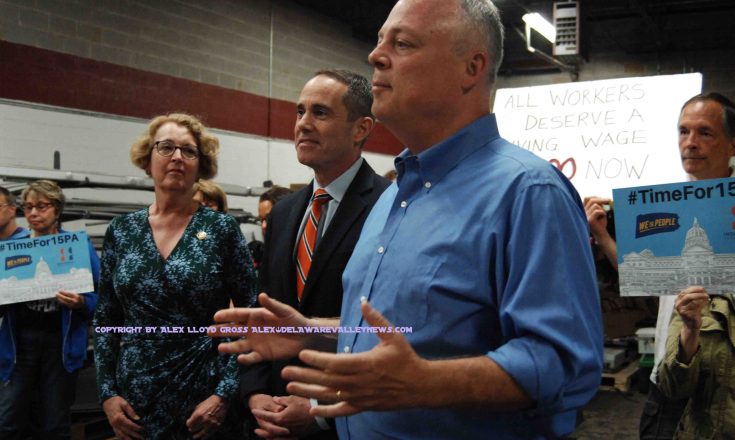