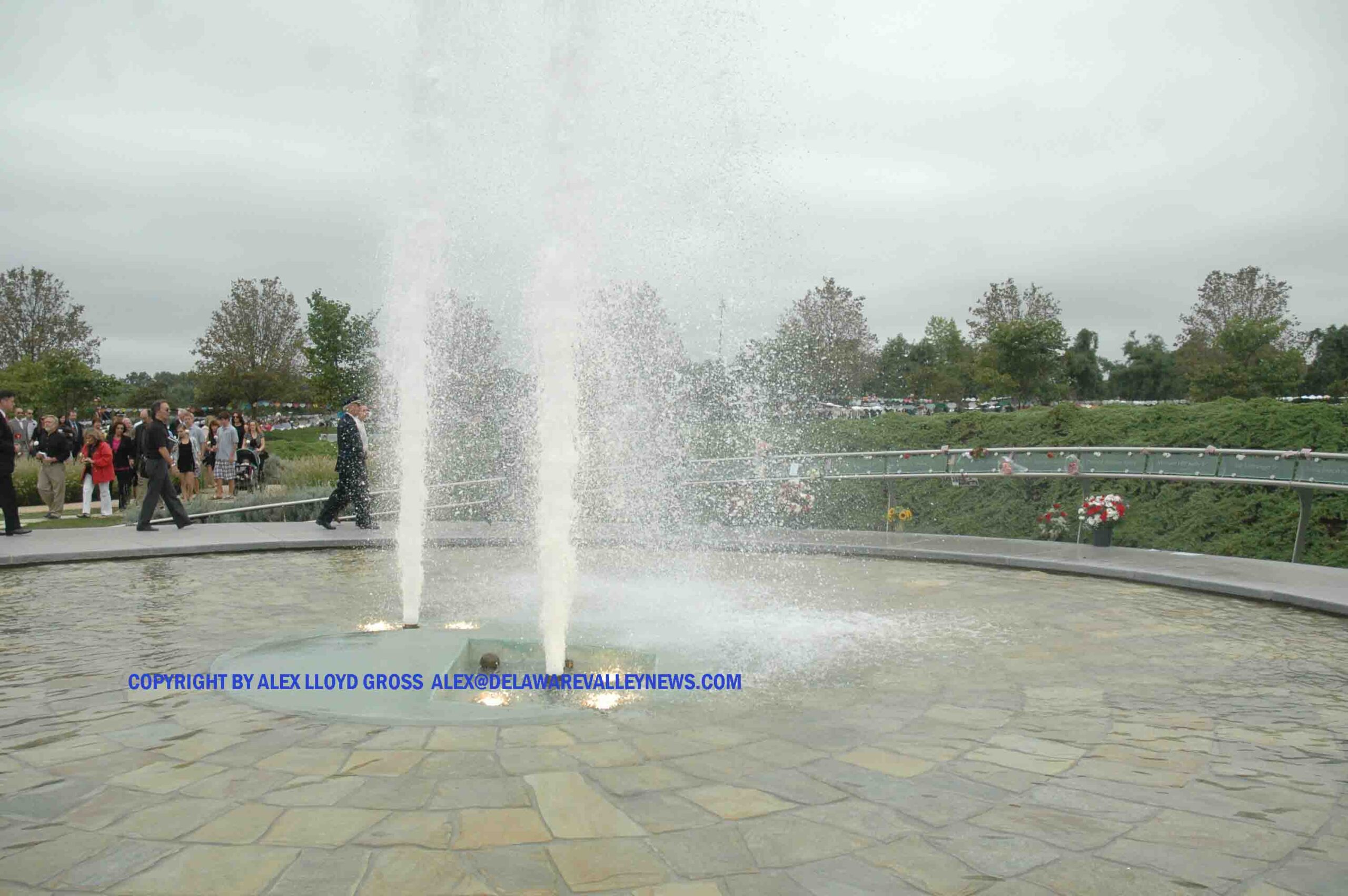 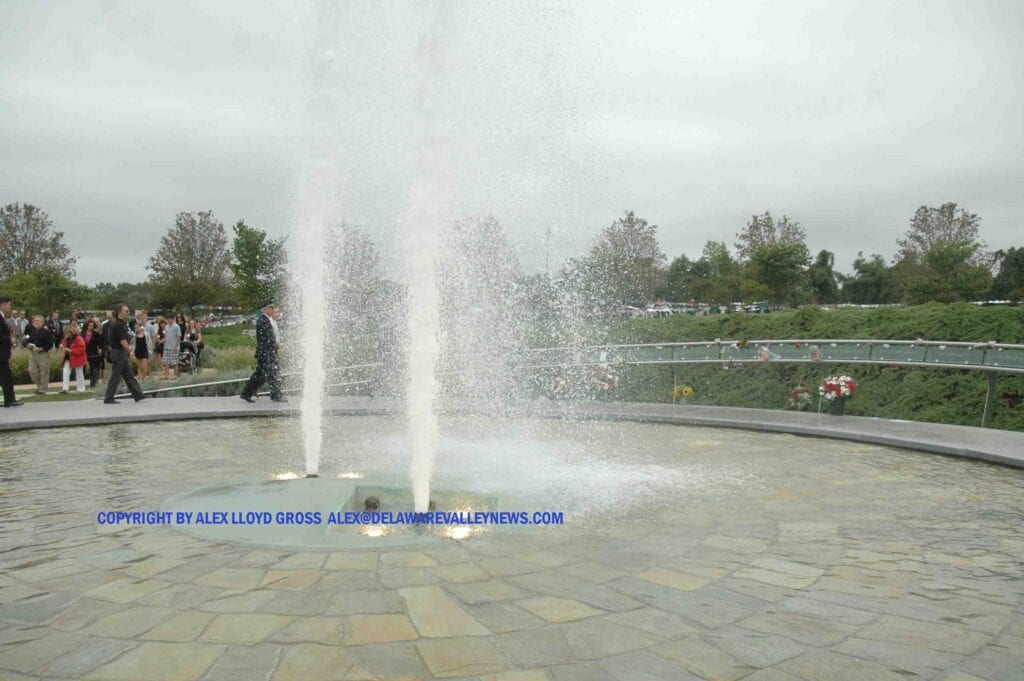 Alex Lloyd Gross photo-Delaware Valley News.com The fountains at the Garden of Reflection

The fountains of the Garden of Reflection are not working. The  memorial for Bucks County residents killed in the terrorist attack of September 11 2001.  This was damaged late last night, Sept 7 2020.  Crews are working to fix the problem and it is hoped that this will be fixed by Friday, the 11th, as many people will converge on the grounds to pay their respects.

Police have no suspects and  security footage has not been released yet. It is unknown, if the destruction was targeted towards the memorial or if it was  kids acting stupid.