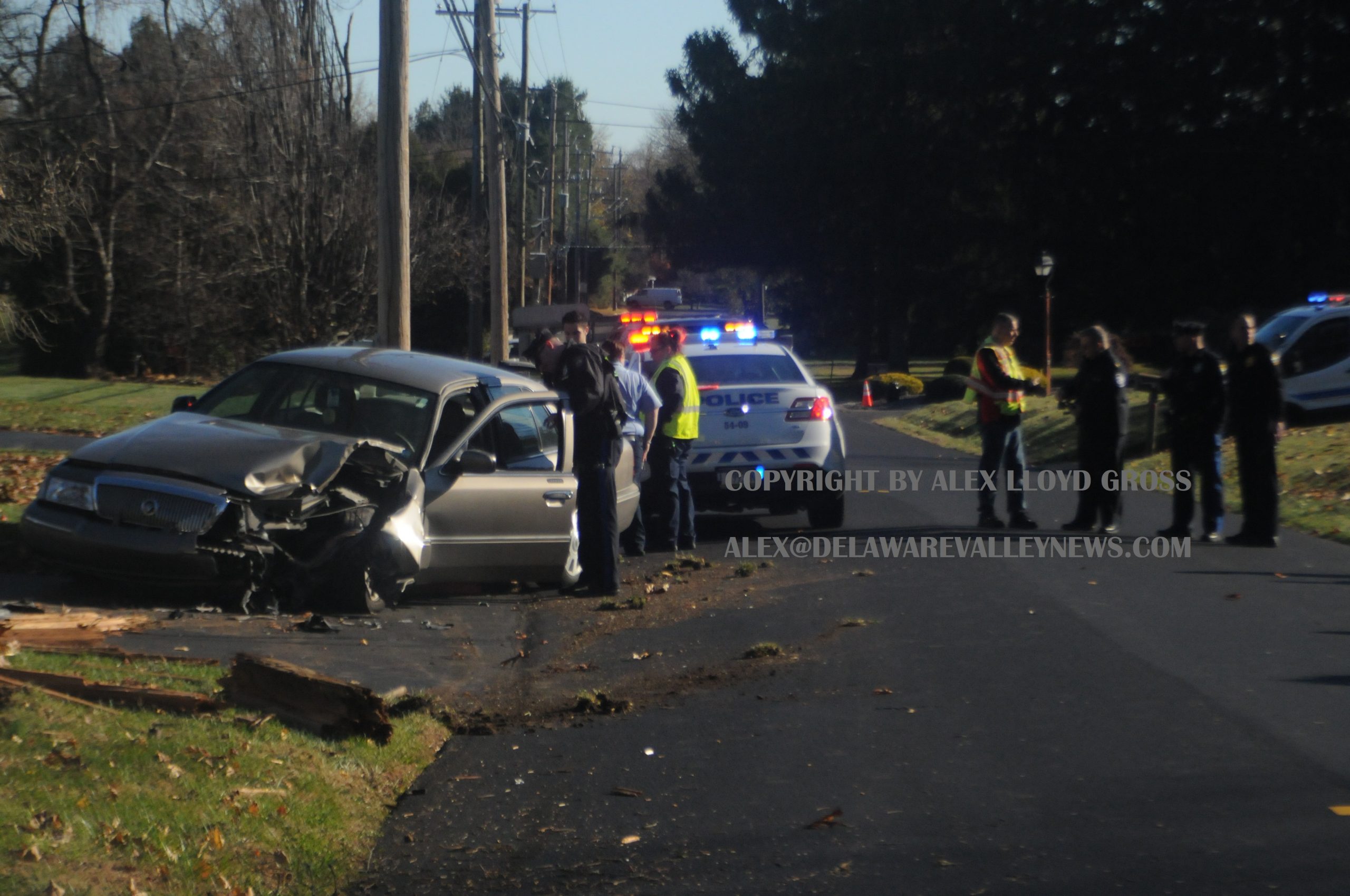 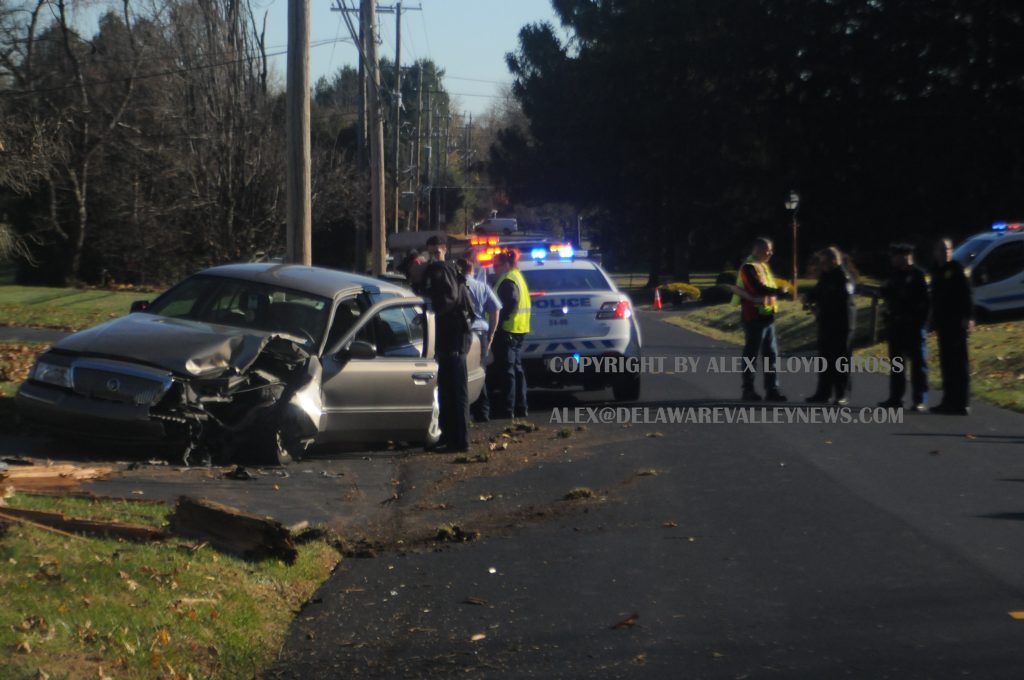 A single vehicle accident caused traffic trouble in the Holland section of Northampton Township, Bucks County Pa.  police said the driver of a car was  west on the 500 block of Lower Holland Road, when the car veered off the road, striking a utility pole and splitting it in half.  The crash happened just before 10:00 AM. Police said they were looking into if the driver had a medical condition prior to the crash.

He was taken to St.Mary’s hospital, in serious condition, authorities said. The force of the impact caused a small power outage in the area. PECO will have to close the road for several hours, to replace a pole and re connect the power.  There were no other vehicles involved in this accident and the driver had no passengers.