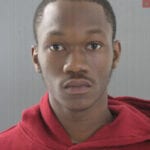 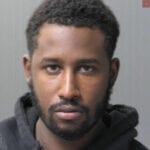 Two males, identified as, MAMADOU MAKADJI 22, and 25-year-old ABDOULAYE BARRY are being charged with the theft.  A third male who was not in good physical shape decided to run which police chased him and caught him hiding nearby. He was identified as  Steven Howie. All three reside in Philadelphia. The merchandise was recovered.  All are held under $100,000 bail.