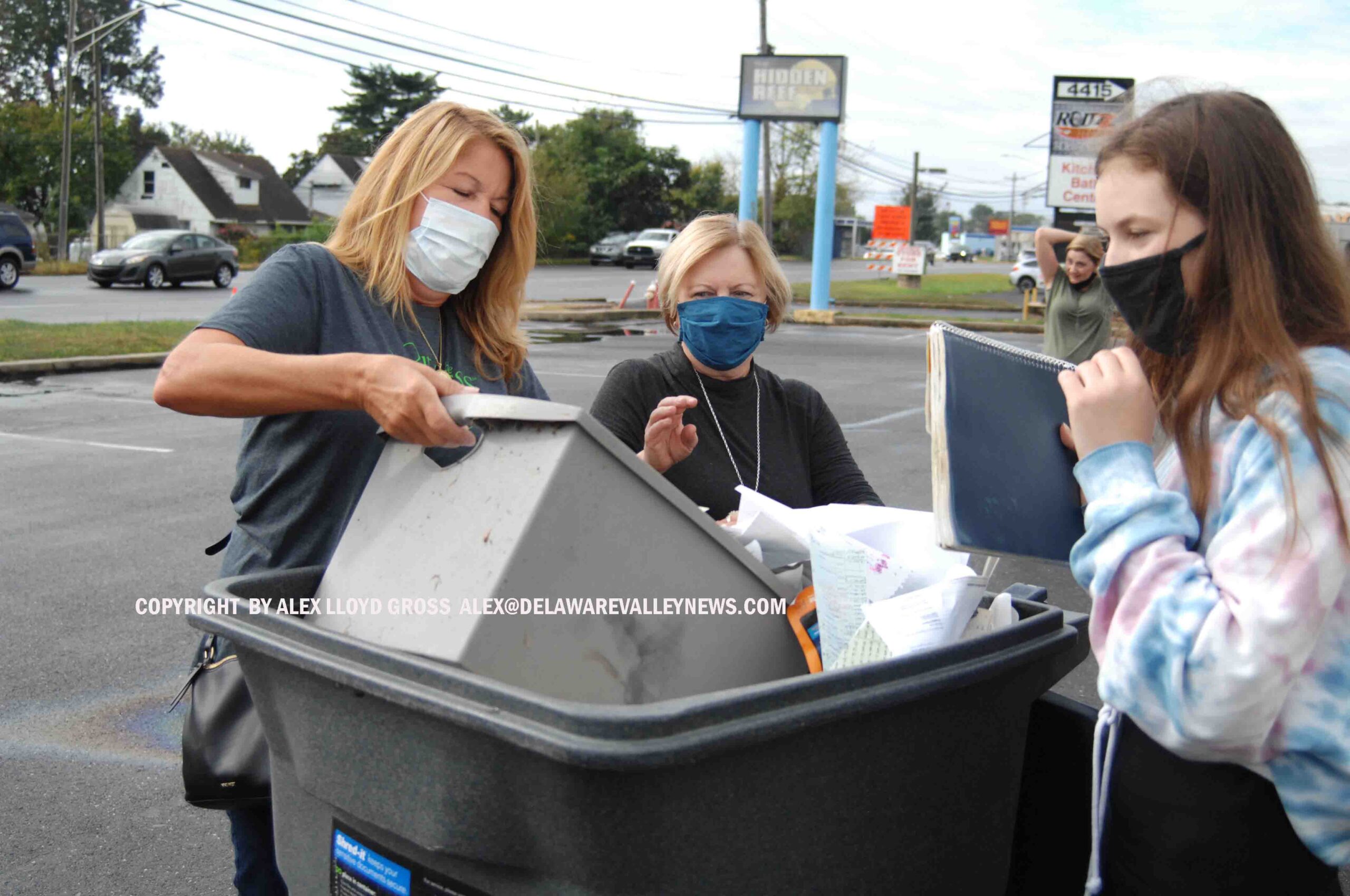 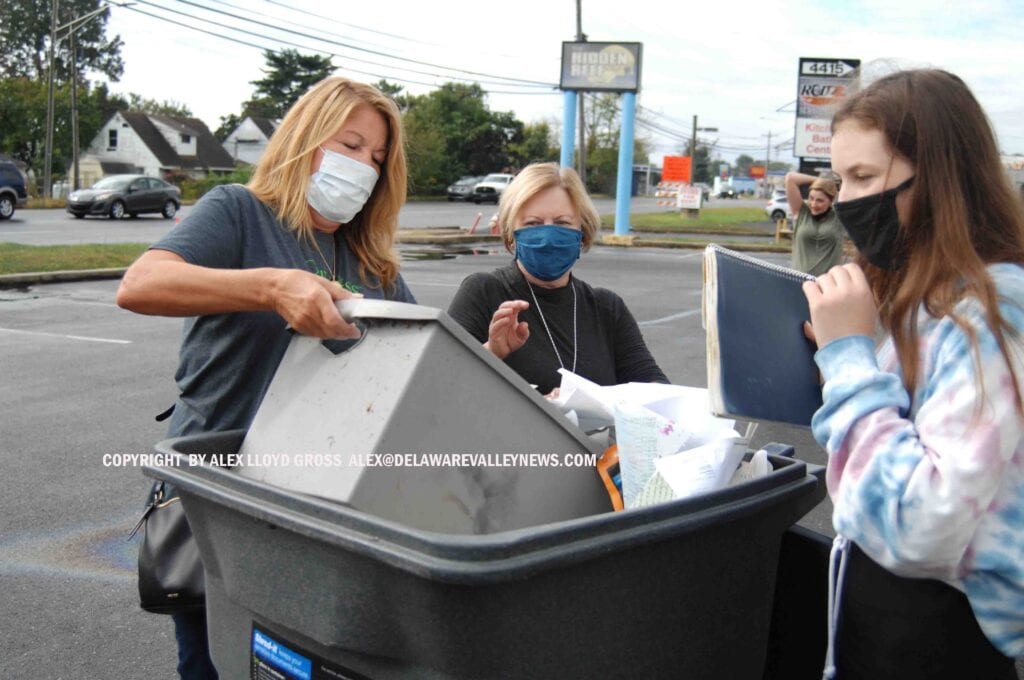 Were you caught in traffic along the 4500 block of New Falls Road Saturday September 26 2020? It was njot an accident,  there was actually something really cool happening.  A shredding event and food drive.  “We have had hundreds of people show up, we had about 300 people register to come but we know there will be extra”, Davis said.

This was the place to come with old paperwork that has been accumulating in your home for time.  Davis and her volunteers took boxes of bills, reports or whatever out of the backs of people vehicles. They were dumped into bins and once those bins were filled,  the paper was put into a large truck with a shredder on it. It was safe, secure and free. No one looks to see what it is.

Chief John Baran from Hulmeville Borough Police showed up with some paperwork. He saw they were shorthanded so he jumped in to help. 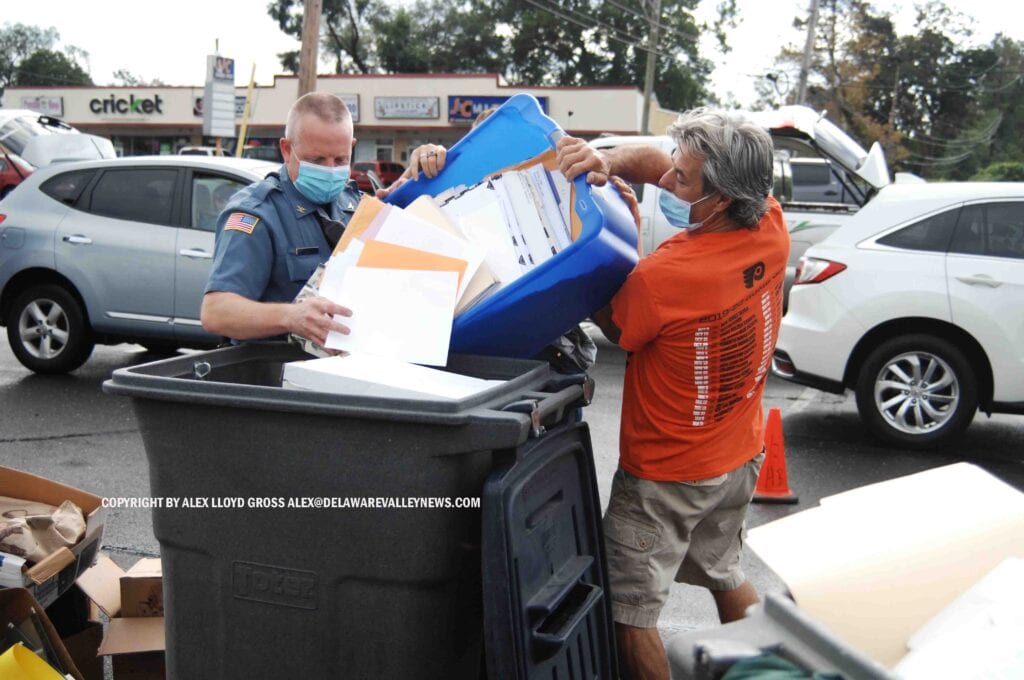 People could also donate some food which will be supplied to a local pantry.  By 11:30 AM,  a large collection f non perishable food had been collected. Traffic was still backed up on New Falls Road, with people waiting to get in.