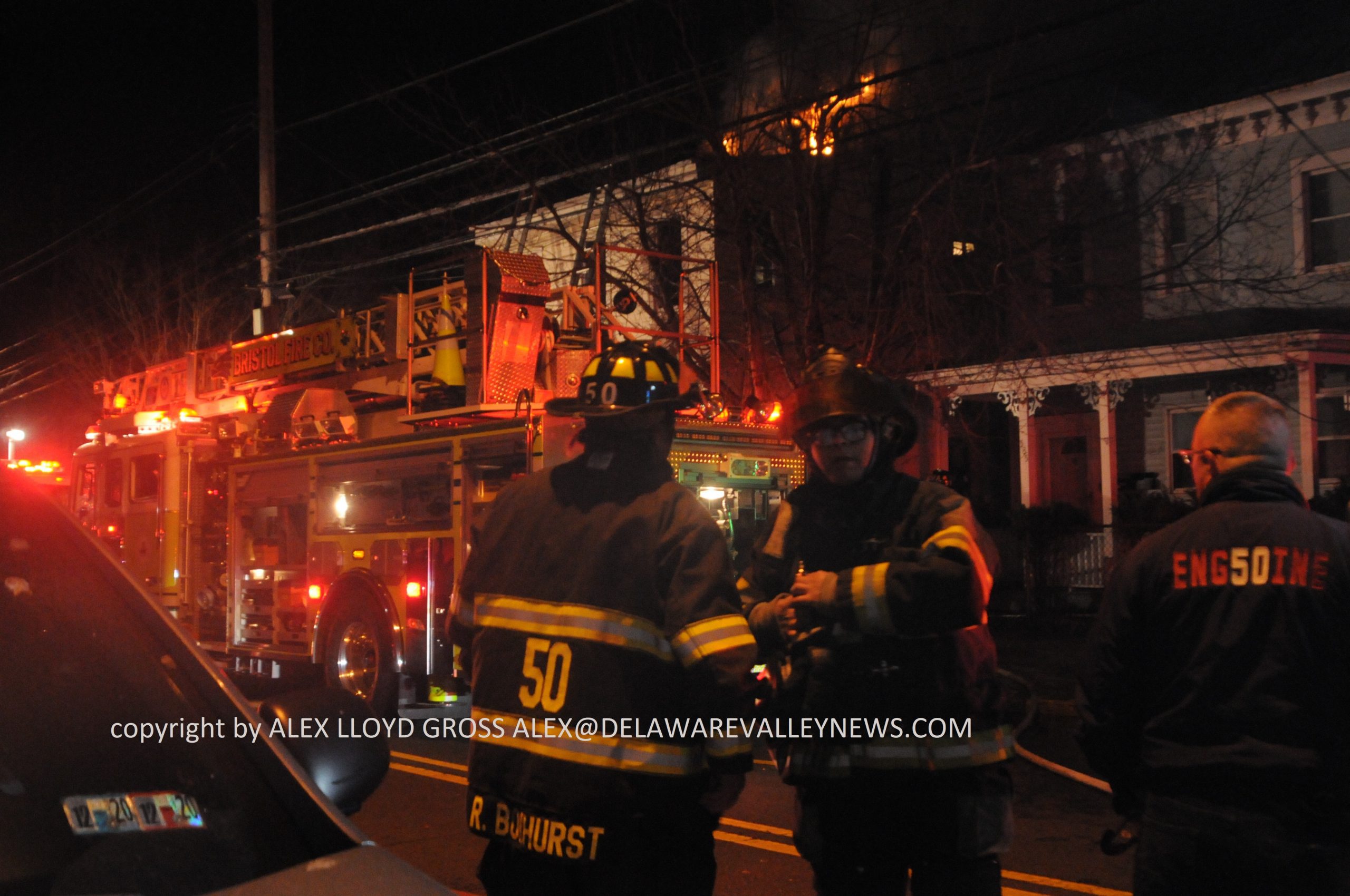 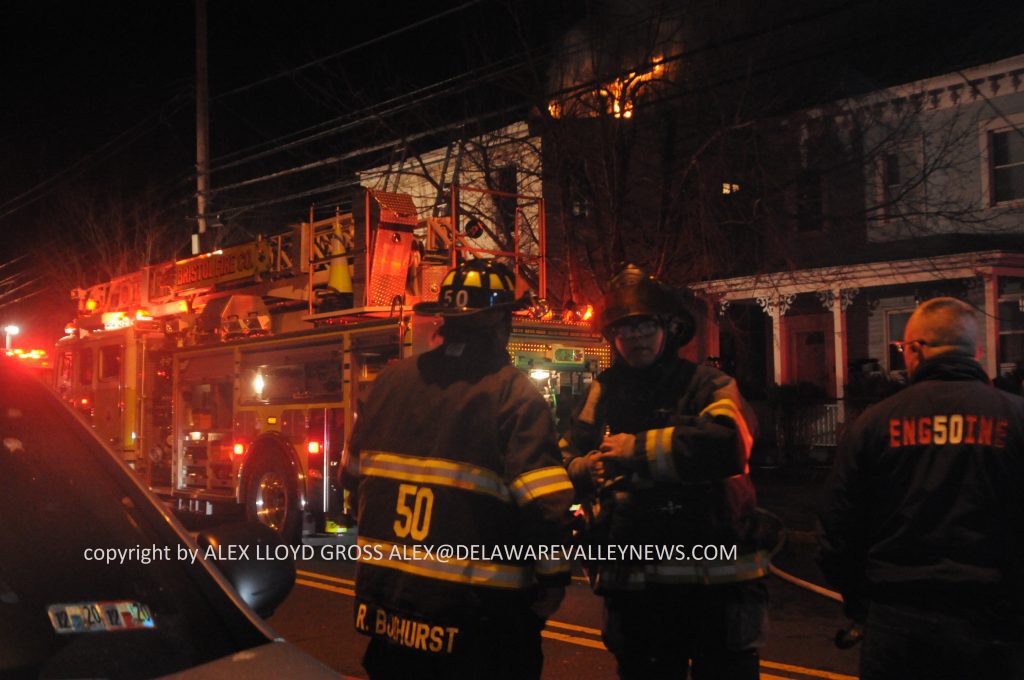 The Fire Marshal in Bristol Borough spent the better part of last night,  January 10, 2021 trying to find the cause of a house fire.  About 10:00 PM, emergency crews raced to the 500 block of Bath Street in the borough . The got multiple calls for a dwelling on fire, When they arrived, heavy fire was coming from the windows of the top floor.

A woman who resided in the house was transported to Lower Bucks Hospital.  Fire crews from Bensalem, and Falls Township were called to the scene.  The closest intersection to this fire was Buckley Street.   Roads close to the fire were blocked by apparatus and traffic was detoured for hours.  Fire crews broke windows for ventilation and used copious amount of water to drown the fire. Most of the water was aimed at the third floor.  The water then made it’s way to the lower floors, and the result is that the house in uninhabitable.  The cause was not released.