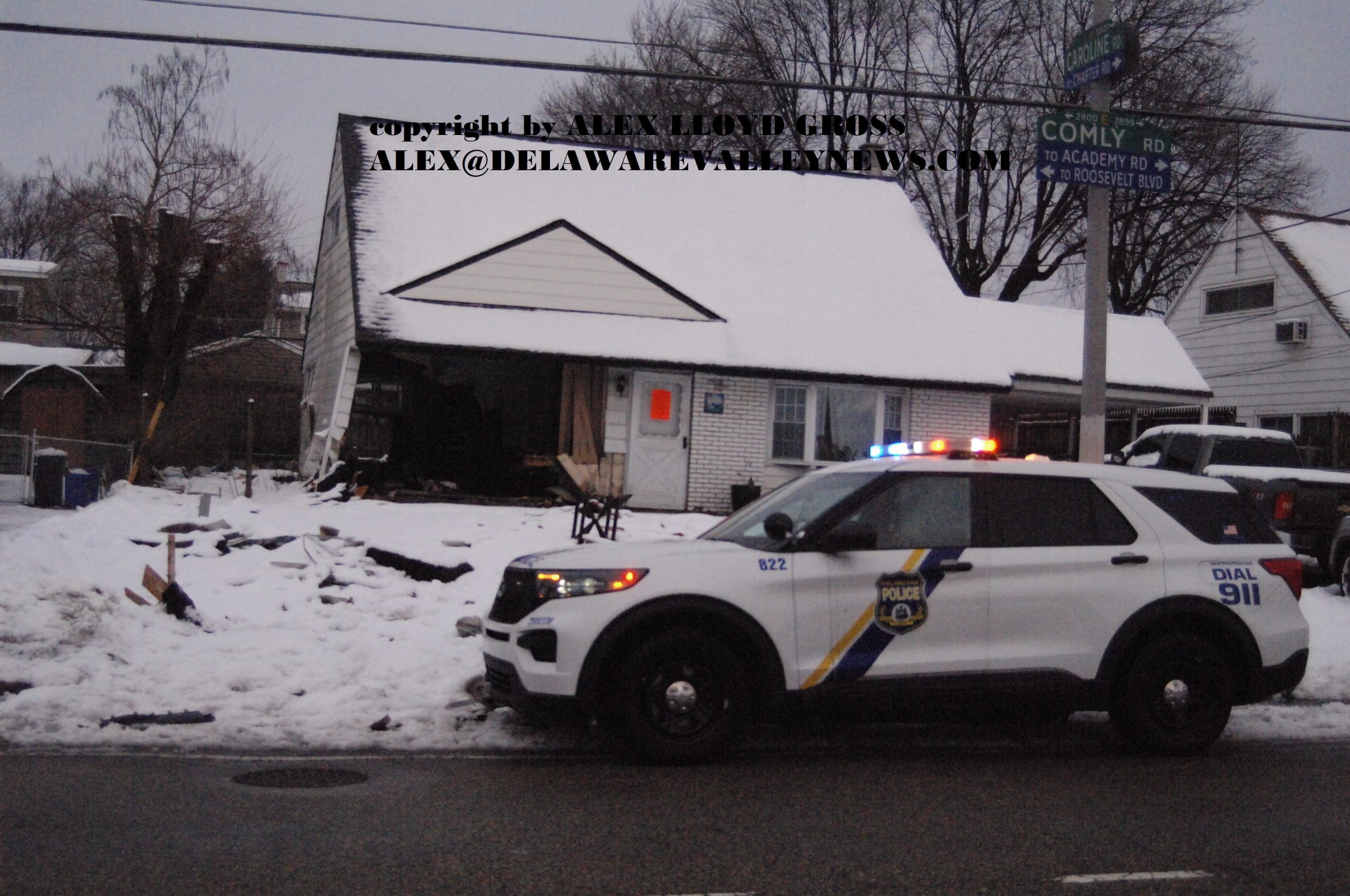 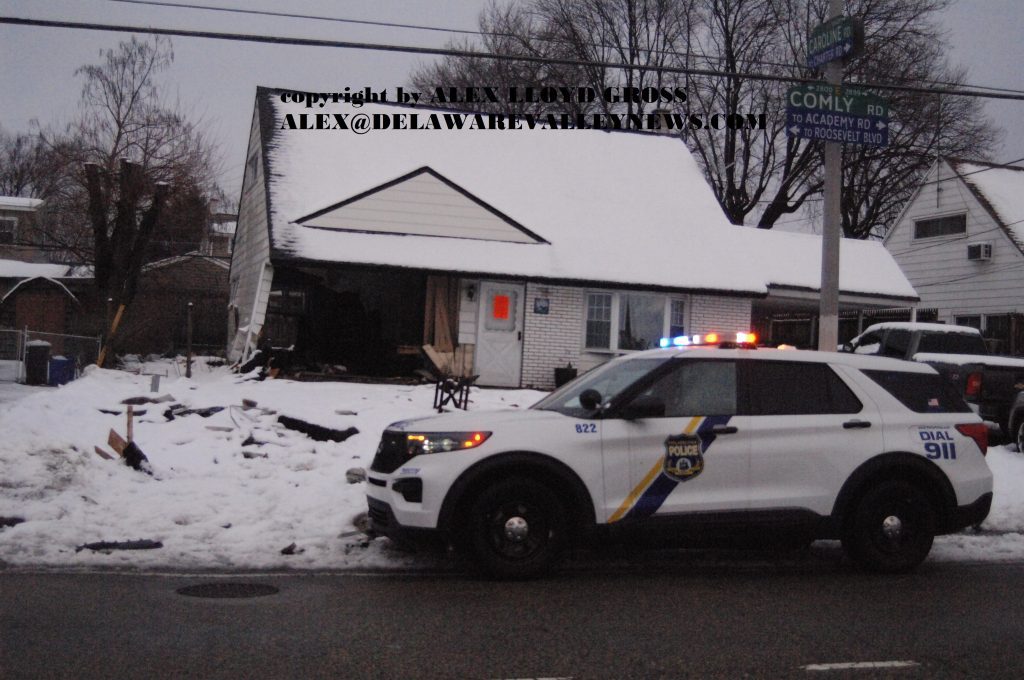 An off duty Philadelphia Police Officer has been arrested by his own department, following a serious DUI accident last night, February 6, 2021.  It happened on the 2800 block of Comly Road just after 8:00PM.  A vehicle was operated by Greg Campbell north on Caroline Road when he did not stop at a stop sign. Instead , he continued across Comly Road and struck a house. Campbell was off duty at the time.

He went in through the living room, where he struck a couple who had been watching TV. He drove over them, and their pet dogs, killing one. He then   broke through several walls before his vehicle protruded from the read of the house. He was obviously driving at high speed.  The two residents were seriously hurt and rushed to a local hospital.

Campbell is charged with DUI, aggravated assault and  other charges. He is suspended with intent to dismiss from the department.  Commissioner Outlaw issued a statement that reads: The consequences of choosing to drive while under the influence are enormous, and all too often, life-changing,” said Police Commissioner Danielle Outlaw. “A family should always feel safe in their home, and yet the actions of this individual shattered that reality. The fact that the offender, in this case, is a Philadelphia Police Officer is appalling. Police Officers must be held to a higher standard – even while off-duty – and I assure the victims and the public that a complete and thorough investigation will take place. My prayers remain with this family.”

Police are looking into reports that Campbell was drinking at the FOP bar prior to the accident.