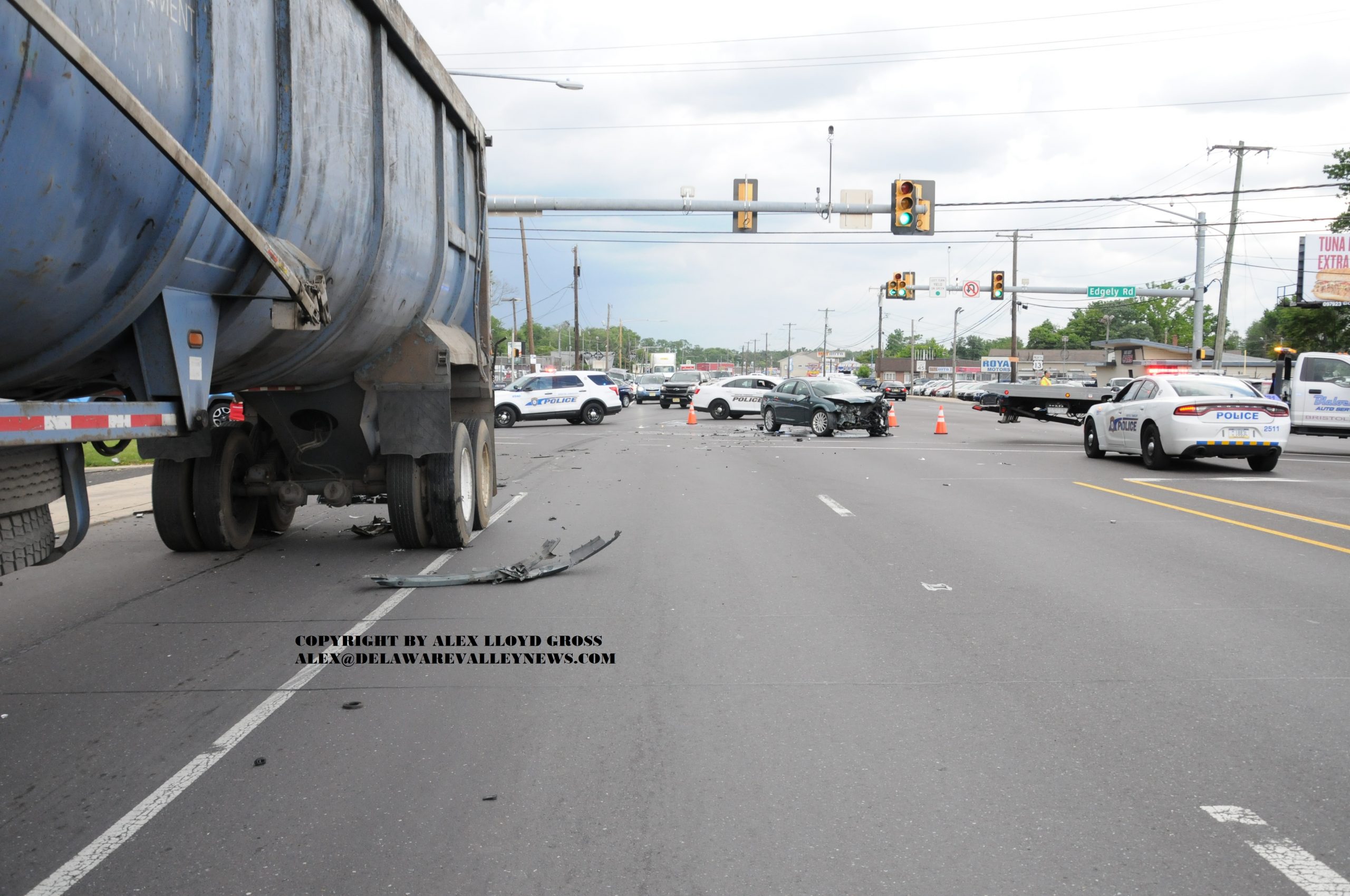 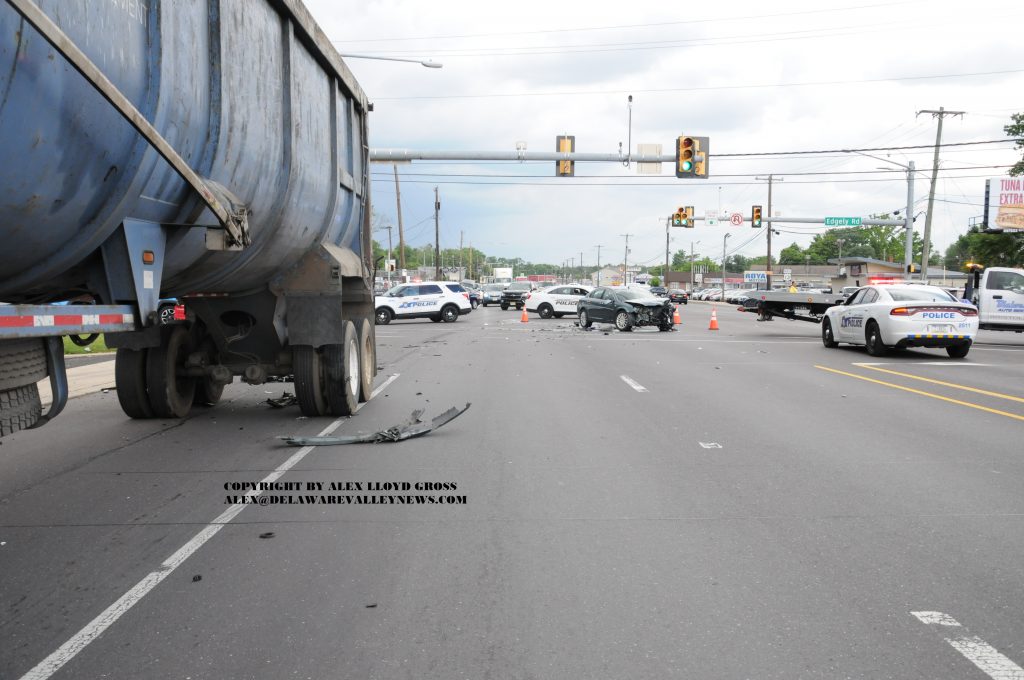 The driver of a passenger car was injured yesterday, June 4 2021 when their car was involved with a tractor trailer. The accident took place at the intersection of Route 13 and Edgley Avenue.  The driver of the truck was reported to be uninjured, police said. The truck was traveling south on Route 13 when the two vehicles collided at the intersection. It appeared that the car was traveling east, on Edgley Road.

The crash happened  about 3:15 PM.  Traffic was detoured  east on Edgley Road. and south on Rt 13 for over an hour until the wreckage could be cleared . A serious hailstorm hampered clean up,  The tractor was damaged and had to be disengaged from the tractor, before everything could be cleared. Extra oil dry was brought in to help clean up a large fuel spill.